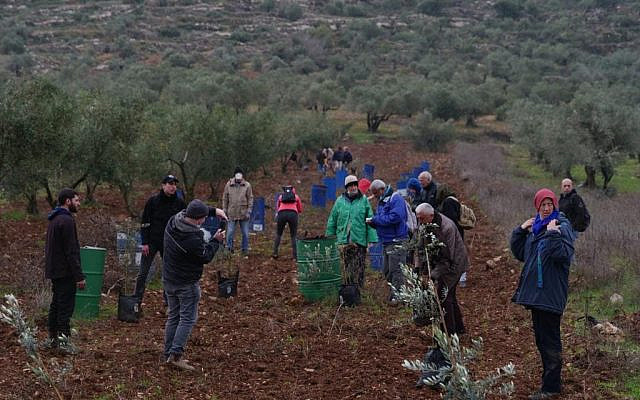 A towering champion of human rights, Rabbi Israel (Sy) Dresner z”l, left this world on Thursday. I had the privilege many years ago to serve as his student rabbi. A few reflections on Rabbi Dresner, his friendship with Martin Luther King Jr, whose birthday was this past Shabbat, and how that all connects to a Tu B’Shvat tree planting in the pouring rain and the parting of the sea:

Rabbi Dresner was one of the rabbis closest to Martin Luther King Jr.. They sometimes shared adjacent  jail cells, and exchanged pulpits.  Rabbi Dresner risked his life on numerous occasions as an early freedom rider.  He eventually became known as “the most arrested rabbi in America.” Little did I know when I interned for him….

Rabbi Dresner was also active in the struggle against the Vietnam war, fought for Soviet Jewry and supported women’s and LGBTQ rights. The list goes on.  A history buff with an encyclopedic memory, he would say that Jewish history teaches us all too well “what hatred can lead to.” A lifelong Zionist who made Aliyah and almost became a kibbutznik instead of a rabbi, he was deeply and passionately committed to a just Israel. Rabbi Dresner was an ardent supporter of Rabbis For Human Rights and Torat Tzedek, and honored as one of Truah’s 2011 Human Rights Heroes.

Rabbi Dresner challenged his congregations by both deeds and sermons, and the votes on his contract renewals were not always calm events. Yet, at Rabbi Dresner’s funeral, congregant after congregant emotionally recalled how he was always there for them, and changed their lives. Perhaps that is why he remained at Temple Beth Tikvah for 25 years, before becoming emeritus. As forceful and opinionated as he could be, Rabbi Dresner would counsel me on the importance of the rabbi empowering congregants, and not dominating committees or dictating the social justice agenda. Contrary to the stereotype of “social action rabbis,” in Rabbi Dresner’s dvar Torah that I remember most clearly, he taught that we must stand on two feet, observing both the mitzvot beyn adam l’khavero (interpersonal commandments) and mitzvot beyn adam l’Makom (ritual commandments).

Rabbi Dresner asked that “Tzedek, Tzedek Tirdof” (Justice, justice shall you pursue-Deuteronomy 16:20) be inscribed on his headstone, and said “I want to be remembered as somebody who not only tried to keep the Jewish faith, but also tried to invoke the Jewish doctrine from the Talmud , which is called Tikun Olam, repairing the world, and I hope I made a little bit of a contribution to making the world a little better place.”

May God comfort his children Avi and Tamar, who I got to know as teenagers when I interned for their Aba. They showed such love and devotion to him, and are currently producing a documentary film, “The Rabbi & the Reverend.”

I didn’t hear the news until Saturday night, and on Shabbat was still praying either for his recovery or a journey without suffering to the next world. Rabbi Dresner repeatedly said that he didn’t fear death, believing that his neshama (soul) would live on.

I certainly hadn’t received the news on Friday morning when I joined Rabbis For Human Rights at a Tu B’Shvat tree planting on Palestinian lands and a brief ceremony with the farmers. (For those who don’t recall, RHR is the organization I formally led. I am still a proud member. My current organization, Torat Tzedek, partners with RHR when the opportunity arises.)

Digressing as Rabbi Dresner loved to digress, I personally didn’t plant a tree because this is a Sabbatical Year, However, I have been pondering the question. Does the Torah’s prohibition to plant during the Sabbatical Year include land owned by non-Jews? Is it permissible “For the sake of peace,” or to oppose the crime of land takeovers-theft by those who covet in the name of the Torah? Rabbis Lior and Amichai have issued halakhic rulings permitting planting for reasons totally opposite from ours. They believe that the State taking over Negev lands that the pre-State Zionist movement recognized as belonging to the Bedouin already back in 1920 constitutes “protecting the Land of Israel.” Stealing lands from non-Jews in the name of the Jewish people is not the Judaism I was raised in. It is not God’s Desire, as I understand God.  However, if protection of lands from potential theft halakhically overrules that Torah’s explicit command not to plant during the Sabbatical year….

On the way back to Jerusalem on Friday, I reflected on how we Israelis and Palestinians stood together in the pouring rain on the eve of the Shabbat on which the weekly Torah portion recalls our crossing the Reed Sea and breaking into song because of our salvation. We must all jump into the water with the bravery and faith of Nakhshon Ben Amidav, whom the midrash tells us was the first to jump into the waters before they parted. We all had to obey God’s Command to move forward before God performed the miracle.

Friday’s rain as we sought to work for justice was symbolic. In each of our lives, we must pass through the waters on the way to a better and freer place. However, when we reach this Torah reading every year, I pray that we can get to that better place in a way that nobody needs to pay the price the Egyptians paid. Nobody should die or suffer as they did. I pray that it be God’s Will that we all cross. Together. As one, we will then sing as our ancestors sang, to the One in Who’s Oneness we all are one: “Who is like unto You?” (Exodus 15:11).

Rabbi Dresner would have loved to have been with us in the midst of the waters, working for justice on the eve of the Shabbat that was also Martin Luther King’s birthday. The Exodus story inspired King, and loomed large for the civil rights movement in which Rabbi Dresner played an important role. He was already passing through the waters. His memory leads us all, on the way to a better and freer place.