For as long as I can remember, a visit to Akko (Acre) was just a day trip which always included a scenic drive to western Galilee. However, our recent visit – during the uncertain times of  Covid – included an overnight stay which provided a completely different experience.

Why Akko? This Mediterranean old town is listed as an UNESCO World Heritage site surrounded by walls built by Al-Jezzar Pasha, the famous Ottoman ruler. Many compare Akko to the breathtaking city of Dubrovnik in Croatia, as both towns are surrounded by walls that carry rich historical significance. One of Akko’s most fascinating stories was in 1799 when the unsuccessful French siege of the Ottoman city of the time  became the turning point of Napoleon’s invasion of Egypt and Syria together with the Battle of the Nile. It was Napoleon’s third tactical defeat in his career, after three years previously being defeated at the Second Battle of Bassano and the Battle of Caldiero during the Italy campaign. As a result of the failed siege, Napoleon Bonaparte retreated two months later and withdrew to Egypt. 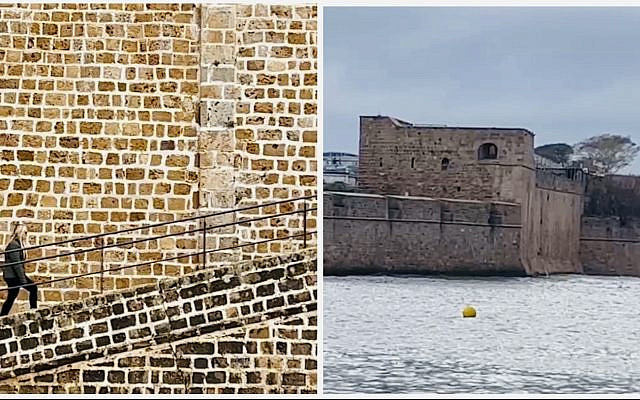 Thinking about Napoleon’s attempt to conquer the city whilst standing next to Akko’s mighty walls, was a moving experience. Following history, I entered the old city via the old land gate, climbing the walls and observing the cannons that defended the city.

In Old Akko we discovered numerous mosques including the impressive Al Jazzar Mosque, the largest in Israel outside of Jerusalem. I enjoyed getting lost in the sights, sounds and smells of the Old City’s colourful route, the authentic Market Street, which offers fresh sea 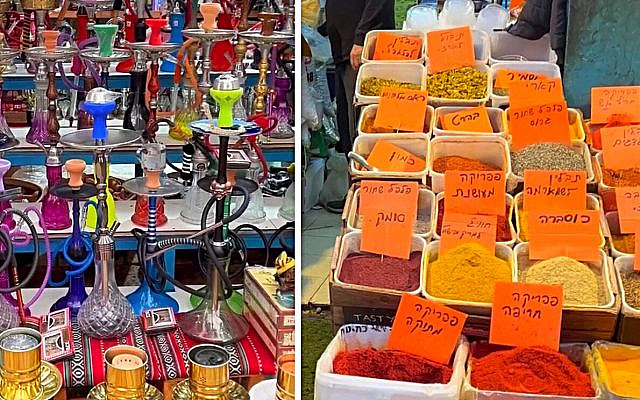 Colorful sights, sounds and smells of the Old City (photo by Motti Verses)

food from the Mediterranean. The numerous historic sites will leave visitors speechless including the remains of  the palace of the Templars, one of the leading crusader knights’ orders. Walking in the secret underground tunnel connecting their main palace to the port is an adventure not to be missed. The tunnel is about 150 meters long and it runs beneath the houses of the city. The Hospitaller Fortress (Knights Halls) of the Crusader Kingdom is also a must see, as is the Turkish Bath House, built by Jazzar Pasha which was at the time the social centre of the city. 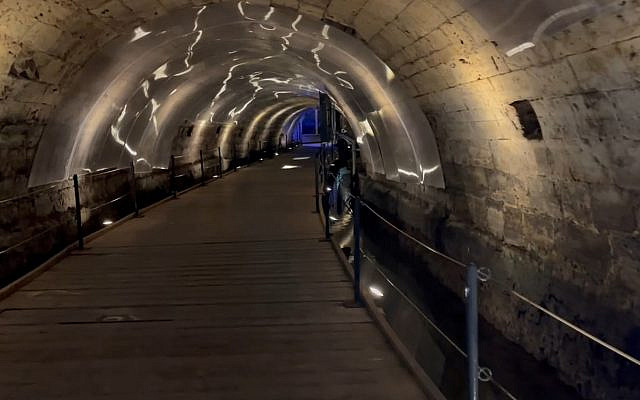 The Templars secret underground tunnel , connecting a palace to the port (photo by Motti Verses)

For me, the Efendi hotel was the highlight of our trip. This enchanting boutique hotel contains centuries of original Ottoman Empire art and stone work within its former palace walls, all wonderfully restored in a space filled with romance and Middle Eastern aesthetic. 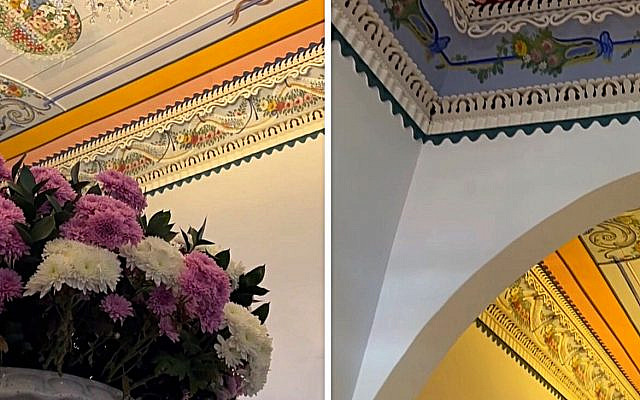 We enjoyed meeting Akko’s famous local, the owner and developer of the hotel, Uri ‘Buri’ Jeremias, who shared many fascinating stories with us.”This is one of the most intriguing hotels and was selected as 2021’s top small hotel in the Middle East by Tripadvisor. We offer 12 luxurious rooms where our guests can enjoy the best comfortable beds and most appealing amenities”, he proudly says.”You won’t find another building here that is seven levels and represents the glorious times of Akko”, Uri explained, as we meandered between floors discovering a relaxing lounge area or an enchanting wine cellar. 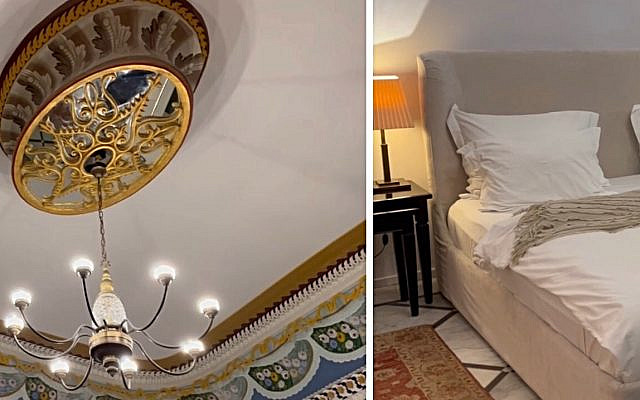 He is extremely  proud of the exquisite 19th century artwork including the restored mesmerising fresco of Istanbul, painted in 1878 to mark the opening of the Orient Express train station. Discovered during the building’s restoration, it adorns an entire wall of the upper hall. The Efendi is a masterpiece of restoration,  including ceilings painted with bright intricate floral designs and arched doorways leading out to terraces overlooking the Mediterranean. 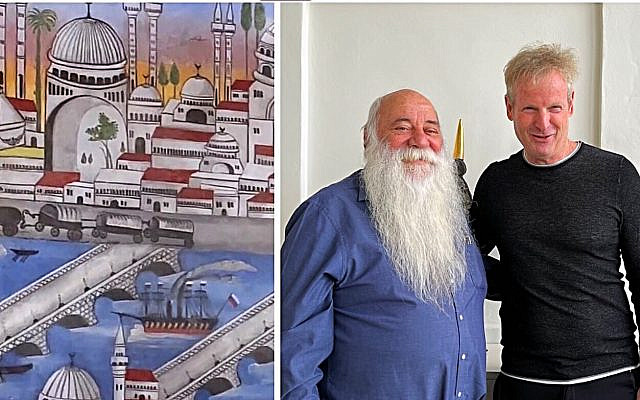 The gourmet breakfast was unique at the Efendi hotel. An experience by itself. A visit to Akko, while staying at this architectural gem will certainly enhance your unforgettable visit to this enchanting city.