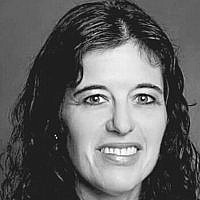 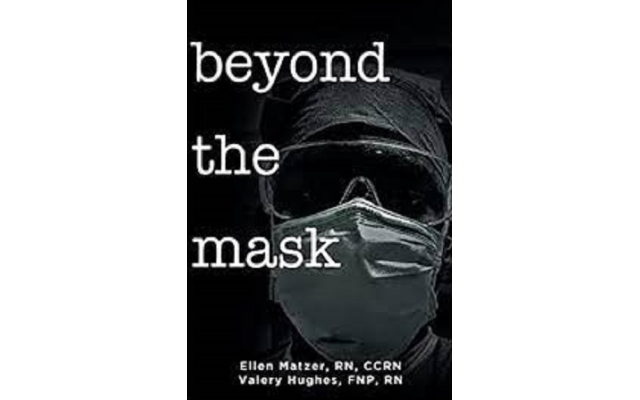 A medical drama about the early days of the pandemic. (courtesy)

As someone who has been covering the national nursing industry for the past year as a medical journalist, I report stories from the trenches about the impact of COVID on patient care. Those articles include claims of staffing shortages, over-capacity hospital operations, healthcare provider burnout, and unsafe working conditions — issues that have become synonymous with the pandemic.

But the behind-the-scenes experiences of New York nurses and their fellow team members in the early months of the pandemic, as recounted in the new novel “Beyond the Mask” by my cousin Ellen Matzer and co-author Valery Hughes, go beyond the headlines. The drama that unfolds on the pages of this exposé of hospital care between January and May 2020 sheds new light on the trauma, death, and compassion exhibited by those in the nursing profession and their colleagues then and now.

“Beyond the Mask” (Fulton Books, January 2022) pulls back the curtain and shows us what it was like facing an unknown threat before anyone really understood what COVID was. Of course we all recall reports of the initial cases, but tapping into the thoughts of those at the bedside at that time offers a more intimate perspective.

As I was reading about the medical uncertainty and vulnerability surrounding COVID, I was reminded of the authors’ first book, “Nurses on the Inside: Stories of the HIV/AIDS Epidemic in NYC.” (Tree District Books, 2019). The fear of a mysterious virus claiming lives felt a bit déjà vu for me, having read both books. They were set in New York City, although the latest story could have taken place in any city in America. The scenarios were the same across the country, from what I’ve heard from other nurses I’ve interviewed more recently.

The hospital beds lining the hallways when rooms were not available — because of the unexpected onslaught of COVID patients — felt eerily familiar to the ways AIDS patients were treated in the 1980s when Matzer and Hughes, among others, were struggling to keep pace with the caseload while trying to protect themselves as best as they could from an obscure ailment.

Some 30 years ago it was use and disposal of needles that posed the greatest concern for healthcare workers, paving the way for protections still used today. At the beginning of the COVID pandemic, it was the lack of personal protective equipment (PPE), from masks to isolation gowns, with heathcare workers becoming ill when they didn’t know exactly how to guard themselves from sick patients. It was heartbreaking to read how nurses jeopardized their lives to care for others on the front lines of the rapidly-spreading virus.

The risk to the personal health of nurses and medical staff during the pandemic was much greater, of course, than during the 1980s epidemic, which impacted a defined community, mainly gay men, women who had sex with infected partners, sex workers and injection drug users.

In “Beyond the Mask,” the subtitle of which is “The First Wave,” you can feel the tension building from nurse Michael’s first reactions to a patient’s oxygen saturation level dropping unexplainedly in January 2020. “That’s weird,” he said. “Something was not right.”

In later pages, we “see” the tents set up outside the hospital to deal with the patient overflow and learn about healthcare workers reusing PPE multiple times, the lucky ones finding hidden stashes of masks and shields to protect against contamination. Other staffers wore garbage bags as isolation gowns when no other options were available.

We, as readers, are immersed into the day-to-day duties of the hospital staff, complete with their medical terminology, much of which is explained in the book. We also learn about their  personal lives and how their jobs impacted their world beyond the hospital.

When a fellow nurse falls ill with COVID, the entire staff is impacted. We feel their emotional torment trying to save one of their own, eventually and tearfully accepting the unsuccessful outcome as they had so many other times in their professional duties with those to whom they had become attached.

The book ends in May 2020 with some small declines in COVID patient load and promising news on the horizon for an end of the death toll. The very last line of the book from nurse Fran offers hope for us even today: “I survived this. That means others will survive this too.” Still, past the publication of this novel, readers known the pandemic continues to rage on with its ebbs and flows and new variants.

The Epilogue offers tribute to the 600 healthcare workers who lost their lives to COVID by December 2020, when the book was completed. At that time, vaccines had just been approved and vaccinations were starting. More than 245,000 Americans had died. We are past the 1 million mark now.

But as Matzer and Hughes so aptly state in their closing message to readers, again comparing their two books: “Discrimination, stigma, ignorance and different access to care once again are driving the spread and lethality of this illness.” Like in the 80s, divisions in the nation persist, “pitting people against each other instead of coming together as a country to fight the virus.” It’s never too late to change the tide, though, even as we continue to struggle to beat a lethal health care threat into remission.

Beyond the Mask is available on Amazon. 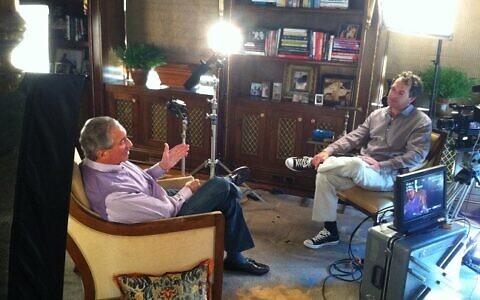 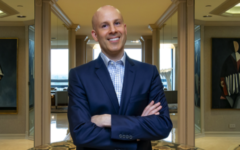 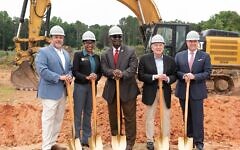 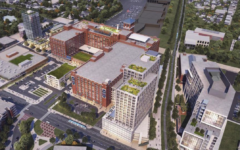 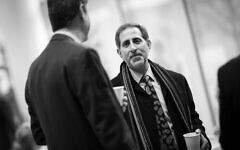 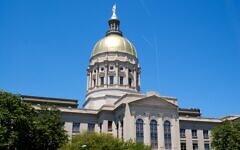