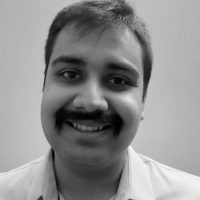 The Blogs
Anirudh Singh
Apply for a Blog
Advertisement
Please note that the posts on The Blogs are contributed by third parties. The opinions, facts and any media content in them are presented solely by the authors, and neither The Times of Israel nor its partners assume any responsibility for them. Please contact us in case of abuse. In case of abuse,
Report this post.

India, for a long time, had significantly profited from its close ties with Israel and little was done to acknowledge it. However, after the visit by PM Modi, the relationship between the two countries has changed as it was never before which gives India a necessary balance in economy and security in the Middle East.

A brief recap of India and Israel ties

Though India and Israel have a democratic form of governance it took nearly 40 years to set up a recognised diplomatic relationship. Like India, Israel also has a rich ancient history, going back many millennia. Both nations became independent in the late 1940s, following a long struggle against British Colonialism.

Having many common traits there is an obvious difference between the two nations. For example the size of the territory and the population. Israel’s geographical size is 20,770 to 22,072 km2, smaller than India’s 3,287,263 km2. Israel is home to approximately nine million, while India has a population of about 1,400,000.

Demographically, both nations have a Muslim minority that makes up 15-20% of the total population.

India gave its recognition to Israel as an independent nation on September 17th, 1950, following which the Jewish Agency established an immigration office in Bombay. This later became a trade office and subsequently a consulate.

The diplomatic relationship between India and Israel was previously based on popular consensus and only much later became official. However, while Israel had tried to forge close ties with India, the latter was reluctant to respond in kind. This was because India was a young state that needed to take into account Arab states’ numerical impact at the United Nations. Furthermore, it could not afford to annoy its Muslim population by establishing ties with a Jewish state.

Another hurdle that prevented the bilateral ties was India had a tilt towards the Soviet Union now Russia while Israel inclined towards the US.

However, since 1992, many of these impediments ceased to exist because of the following reasons.

1) In 1993 Israeli-Palestinian Oslo Accord and the 1994 Israel-Jordan Peace Agreement. These peace negotiations helped India form close ties with Israel.

2) Other events that cemented ties include the collapse of the Soviet Union in 1991 and the liberalisation of the Indian economy.

Once these impediments ceased, the bilateral ties have exponentially improved, and a new era of relationship and friendship began on earth.

What are the areas of mutual cooperation:

Since 1992, defence and agriculture have become the two main pillars of bilateral engagement. In 2017, Prime Minister Modi became the first-ever Indian PM to visit Israel. During this visit, the diplomatic bonding was advanced to an all-new strategic level and seven MoUs were signed in the areas of R&D, innovation, water, agriculture and space.

Then the very next year in 2018, the Israeli Premier visited India, during which various agreements on cybersecurity, oil and gas cooperation, film cooperation and air transport were signed, along with five other semi-government agreements.

Besides that, increase cooperation in areas like trade, agriculture, science and technology and security has been elevated exponentially.

During 2016-17 the bilateral trade stood at $5.02 billion (excluding defence). In which exports from India were $3.06 billion, the import to India from Israel was $1.96 billion. The trade-in diamond constitutes more than 53% of the bilateral trade.

In recent years, bilateral trade has diversified to include several sectors like pharmaceuticals, agriculture, IT and telecom and homeland security and major exports from India to Israel include precious stones and metals, chemical products, and textile articles etc. Major imports from Israel include chemicals and mineral products, base metals and machinery and transport equipment. Potash is a major item of Israel’s exports to India.

The major investments from Israel in India include renewable energy, telecom, real estate, water technologies etc., and are also setting up R&D centres or production units in India. In exchange for that India is ready to investments in drip irrigation, pharmaceuticals, wastewater treatment, IT etc.

Israel is India’s second-largest source of defence equipment after Russia. In 2016 India had a $600 million arms trade with Israel.

Both nations have enhanced bilateral military and intelligence cooperation since the official establishment of diplomatic relations. Israel was one of the few nations, that did not condemn India’s 1998 Pokhran-II nuclear tests. Following the 2008 Mumbai attacks, Israel offered a team of about 40 special-operations forces and assistance in the investigation. Paramedics, medics and other professionals from Israel were also sent to aid India.

Israelis know India for its culture and tradition, making it an attractive alternative tourist destination for Israelis. In 2017, Indian tourists became the second largest from an Asian country.

In 2019, a large-scale summit was organised to boost cultural ties.

On February 15, 2020, the first of its kind Jerusalem-Mumbai festival was held in Mumbai to promote artistic and cultural ties between the two nations.

Since 2012, Israel has been offering post-doctoral scholarships to students from India and China in all fields for three years. India too offers scholarships to Israelis every year and an equal number of scholarships are offered by Israel for 10-month programmes in specialised fields of study.

In 2014, the Indian diamond community in Israel had set up a fund to finance study tours to India for meritorious Israeli students of Hindi.

There are approximately 85,000 Jews of Indian origin in Israel (at least one Indian parent). The main waves of immigration into Israel from India took place in the 1950s and 1960s mostly from Maharashtra (Bene Israelis) and relatively smaller numbers from Kerala (Cochini Jews) and Kolkata (Baghdadi Jews).

In recent years, some Indian Jews from the North Eastern States (Bnei Menashe) went to Israel.

Out of almost 11,000 Bnei Menashe Jews, only around 4,000 Jews have been able to immigrate to Israel, while about 7,000 of them is said to be waiting for immigration to the Jewish state.

Bnei Menashe Jews, post immigration to Israel, have an especially difficult life in the region, being allocated areas of highly unstable lands in the West Bank where education, security and employment remain a major challenge. This may be because their inferior socio-economic and educational status is in contrast to the larger Israeli society.

India’s close diplomatic relationship with Israel is vital for India’s national interest. For Israel also, it is necessary to have a healthy bilateral relationship with India, if it seeks to undertake a balance in the highly unstable West Asia so that there is room for change when the need arises.

About the Author
Anirudh Singh is a Digital Content Producer with the Times Of India. He is their resident blogger and is responsible for managing their online blog page.
Related Topics
Related Posts
Comments