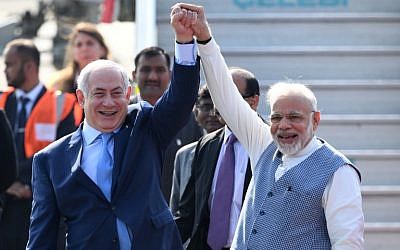 Computer technology, one of the most dominant technologies of our times is becoming faster, cheaper, smaller, more effective and more accessible with each passing year. To manage the dark side of these technologies and to balance their interventions in the entire ecosystem, a lot is going on in the cyber tech space too. But at a time when digital and social media apps are becoming the new motivation tools of violent protests, apparently fueling those activities that cause severe damage to public property and life, providing influential virtual platforms to terror/radical elements, when ‘shutting down the internet’ has become the crucial measure to prevent violent escalation of an issue, and when the ‘right to internet’ or ‘right to tweet/WhatsApp’ are becoming the new slogans of communist/Marxist marches, can we afford to see technology from the purely technical and scientific perspectives anymore?

The shift in the purpose of digital technologies- from problem solver to problem creator to problem accelerator, and its growing capability to impact overall social behavior and psychology is a matter of concern. Instead of providing the vehicles of effective governance and human creativity, these social and digital tools are now becoming the new version of psychological weapons.

In the last few years, several cases came to the surface in which the source of incitement, hatred, and encouragement for violence were some popular tech products and their social media platforms. In the security reports on the brutal ‘knife intifada’ attacks which Israeli people faced between 2015-2016 and the recently released data by Anti-Defamation League on the continuously growing number of anti-Semitic incidents in the USA (some 780 anti-Semitic incidents were recorded in the first six months of 2019 alone), the alarming patterns of radicalization through popular digital and social platforms are clearly visible.

The role of media (print and electronic) in promoting the dictated propaganda of the terrorist elements is being long-discussed and thoroughly debated. Walter Laqueur once said: “The media are the terrorist’s best friend. The terrorist’s act by itself is nothing; publicity is all.” But the magnitude of the influence of today’s popular tech products like Google, Facebook, and Twitter, the ever-growing capabilities of the new generation of Media (which they have developed) and its active role in disturbing the democratic environment are beyond all assumptions of the past.

One of the most recent examples of these popular tech products’ experiments was seen in India, where on the issue of some amendments in the citizenship act, hundreds of people from the Muslim community, backed by communist party of India (CPI and CPI-M) and some opposition leaders put the lives and properties of the common people in danger. The ways these mobs (organized via social media apps) have terrorized the common people including school going kids, attacked the public transport/railways, burned several busses and private vehicles, and attacked the police and security agencies with stones and bricks in different locations, is disturbing for all democratic societies.

Earlier in April, a network of more than 100 Facebook and Instagram pages, run by the employees of the ISPR (Inter-Service Public Relations) wing of the Pakistani military was caught spreading anti-India propaganda and intense hate content. By disguising themselves as Kashmir activists’ voice these Facebook and Instagram pages/groups were involved in openly facilitating a coordinated strategy of the Pakistani army. Some of these accounts were active from the last 5-6 six years; they spent dollars on Facebook Ads to promote aggressive content against India and were openly mobilizing the followers and support for their radical Islamist ideas but strangely remained unnoticed by the Facebook itself.

It does not require any unique wisdom to identify whether a post/tweet or a video is posted by an ordinary citizen, political activists, some ideologically aligned intellectuals or terrorist/radical elements or groups but these popular high tech products which claim to have most advanced behavioral data and predictive algorithms in-built in their apps, which frequently catches a person’s choice of products and content, pop-up the Ads and sorts the search content accordingly, suddenly turns innocent and ignorant when a matter affecting a country’s national security (in which they operate) found be affected.

Business and Technology are crucial for the economic growth and the concept of “freedom of expression” is one of the essential ingredients of a healthy society but at the same time, no business idea/activity or product should be allowed to disturb the foundational elements that bind a society and nation together and can never be allowed to challenge the National Security goals.

Their smart business model allows them to keep the information about their original customers in shadow, which sometimes found to be the officials of the Hamas, which as reported recently can run an influential Facebook page from Gaza strip to support Jeremy Corbyn in London or can be the staff recruited by Pakistani military to create disturbance in India or can also be the members of the China’s People Liberation Army, which uses fake news to spread Chinese propaganda.

One can debate on its imperfections but the idea of democracy and a democratically elected government have contributed to the larger global growth, stability, and peace, more than any other system. It is the idea of a Nation and its ideal and fundamental principles, which generates unity and a sense of national feeling among its people. Now the question before vibrant democracies like India and Israel is how long these tech products can be allowed to challenge the idea of democracy, idea of government and the idea of the nation itself.

There is a need to ensure that the ‘mob mentality’ fueled by these products should not become a part of the long term social culture.

One of the sources of the problem is the complete absence of alternatives and impressive options in the tech world. The monopoly of only a few tech tycoons is neither a good sign for the tech industry nor the economic growth of the world. When a user will have some options to choose from, the psychological effect of these tools will automatically get minimized as after that the user will take the product as the product, not as some final universal truth. People have allowed themselves to be dominated by Google’s perspective, YouTube vision and Twitter trends because there are no other equally or more impressive options exist. There is a need to work in that direction. Technology should encourage every individual to use his/her wisdom in determining the perspective on matters of national and global importance.

India and Israel both have enormous conceptual assets. The young minds of both countries are smart and highly technical and some of them are already playing a leading role in the success of these popular tech products.