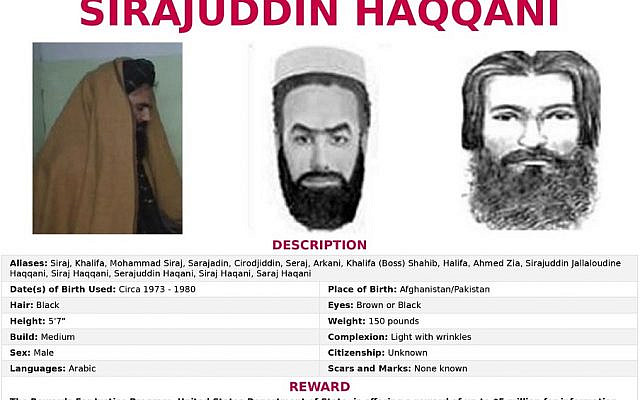 There has been a rapid development of terrorist groups trying to validate their capture of territory and gain recognition as a “government”. The Taliban and Afghanistan are just the latest example.

Colin P. Clark, in an inspiring article in the December issue of Foreign Affairs called “When Terrorists Govern”, paints a chilling scenario of the institutionalisation of terror, with the Taliban takeover of Afghanistan and its continued insistence to gain recognition for the Islamic Emirate of Afghanistan as the sovereign successor. Clark underlines how the Taliban’s victory isn’t casual but twenty years of infiltration of ministries, and deep entrenchment into Afghan society. Today when the Taliban and on its behalf, Pakistan roams global fora from the UN to the OIC, seeking and demanding recognition, they aren’t reinventing the wheel. This has happened before and while Clark points out that many Islamic terrorist groups, from Mali to Somalia, are trying to get institutional recognition. That the Taliban has inspired other groups to follow their path.

However one could argue that the Taliban had much inspiration from the Hamas. A terrorist group which won elections in order to gain recognition of their capture of Gaza. In that winter of 2005, there was a large group of Israeli’s, Palestinians and international figures who tried to convince the George W. Bush White House and Secretary Rice, that the elections had to be postponed, as if they weren’t Hamas would be legitimised by the ballot box, dooming the Oslo agreements forever. The US administration insisted that elections were non-negotiable, and we find ourselves in 2021, with no further democratic follow-up in the Palestinian territories and the any kind of peace deal still born and frozen. Hamas terrorists still rule Gaza, still do not recognise Israel, still call regularly for its destruction and have managed to institutionalise terror. The world must learn from this example.

In October 2021, Ahmed Asmar reporting for the Anadolou Agency reported that Hamas’s political chief called Taliban’s acting foreign minister Amir Muttaqi to hail Taliban’s victory over the US. He reported that Haniyeh voiced hope that the Taliban movement “could have a role in supporting their brothers in Palestine to liberate Jerusalem.” Institutionalising terror started in 2005, with the opportunity that the Hamas had to legitimise itself without recoginising Israel and without agreeing to forgo terror or call for its destruction.

Coming to Afghanistan in 2021, Jeff Smith, writing for ‘War on the Rocks’ recently, termed the Haqqani as the new kingmaker of Kabul. There is an element of truth in what he has said, for the Haqqani’s today are not only in positions of power but is part of the Taliban government in Afghanistan. This is unlike the situation in the late 1990s when the Taliban had power all by themselves. The Taliban in power today is no different from the administration it established in 1996 when it overran Kabul, at least in social terms. The treatment of women, children and minorities is the same today as it was then. What makes the Taliban different today, is having the Haqqani network openly and officially amongst its midst and as part of the administration.

When the Taliban announced the formation of its first cabinet, several key members of the Haqqani family found a place. Sirajuddin Haqqani, is currently Minister of Interior and one of the two deputies to the Taliban’s supreme leader, Maulvi Haibatullah Akhundzada. Sirajuddin is son of Jalaluddin Haqqani and a protegee of Pakistan’s Inter-Services Intelligence (ISI). The Haqqani network pre-dates the Taliban and has been responsible for some of the deadliest attacks on US armed forces personnel in Afghanistan. Recently, the ISI’s hold over the Haqqani and by implication on the Taliban was demonstrated quickly when Khalil-ur-Rahman Haqqani was appointed as the chief of security of Kabul a week before the August 2021 bombing at Kabul airport which killed 13 US military personnel and over 160 Afghan civilians. 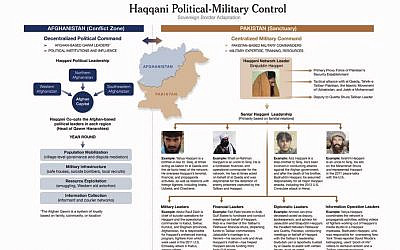 The Haqqani Network is named after Jalaluddin Haqqani, who had first fought the Soviet Army in Afghanistan as an ally of the CIA and the ISI, and then fought the US and NATO forces. While fighting the US in Afghanistan Jalaluddin lived a protected life in North Waziristan, where Pakistan gave him and the entire Network safe haven. He has been an UN-designated global terrorist since 2007, and the FBI has a reward of US$ 10 million for information leading to his arrest. The ascendancy of the Haqqani’s within the Taliban organization is also a result of the ISI’s support and strategy. The objective being to have a force within the Taliban that would allow Pakistan to control the Taliban.

The strategic reason for Pakistan to fill the Taliban hierarchy with its own people stemmed from the increasing ethnic factionalism that was being witnessed in the organization. The military and financial power of the Haqqani proved to be useful for the ISI at this time. The other reason for Pakistani support to the Haqqani Network is that unlike the Taliban which has always wanted to focus its attention on Afghanistan, the former is more open to the idea of global jihad. The Haqqani have had ties with groups like the Al-Qaida. Ideologically and operationally, the Haqqani’s are more aligned to international terrorist groups like ISIS and AQ. The roots of the Haqqani Network can be traced back to 1973. At this point, Pakistan’s ISI started arming and supporting groups to counter Prime Minister Daoud Khan’s assistance to Baloch insurgents in Pakistan. One of these groups was the Haqqani. In 1975, based in the tribal areas in Pakistan, the Haqqani launched their first attack in Afghanistan.

After the Soviet Union invaded Afghanistan in 1989, Pakistan activated all the mujahideen groups, including the Haqqani to fight the Soviets. Of the Afghan seven, the Haqqani were considered the favorite, getting the largest share of arms and funds. What caught the attention of the CIA and ISI was Jalaluddin Haqqani’s fundraising skills, tribal connections, and fluency in Arabic. The Zadran tribe, to which Jalaluddin belonged, straddled the border between Loya Pakhtia in Afghanistan and North Waziristan. As Jeff Smith notes “the border crossings under its control provided the network leverage over the flow of drugs, trade, and fighters coming across the porous border, with additional revenue earned from smuggling, kidnapping, and extortion”.

When the Soviets withdrew from Afghanistan and the Taliban took hold of Kabul, the Haqqani’s initially resisted their rise. But by 1995, Jalaluddin had moved to the Taliban and was subsequently appointed as Minister for Tribal and Border Affairs. Well-known American columnist Steve Coll writes that the Haqqani Network did more than any other group to support Arab volunteer fighters, providing the ground for the birth of the Al-Qaeda. By mid-2005, Sirajuddin had taken over from his father and was spearheading Haqqani operations in Loya Pakhtia. And in 2007, the Haqqani officially became a part of the Taliban. Sirajuddin was granted a seat on the Leadership Council.

As recently as May 2021, a UN report described the Haqqani Network as “Taliban’s most combat-ready forces [with] a highly skilled core of members who specialise in complex attacks and provide technical skills, such as improvised explosive device and rocket construction….The Haqqani Network remains a hub for outreach and cooperation with regional foreign terrorist groups and is the primary liaison between the Taliban and Al-Qaida”. While the Haqqani had been a part of the Taliban since 2007, it was never clear if the former fully accepted the top Taliban leadership as the boss. The Haqqani acted on many occasions on their own, attacking US and NATO troops in Afghanistan.

Soon after the formation of the new government in Kabul, there ensued a power struggle between the Haqqani and the Taliban, which was eventually settled by ISI chief Lt. Gen. Faiz Hameed flying in from Islamabad.

This connection in between the Haqqani’s and the Pakistani state, will continue to inspire the attempts institutionalisation of other terrorist groups-Al Qaeda in Yemen, Al Shabab in Somalia, Sahel-based Jamaat Nusrat al-Islam wal-Muslimin (JNIM), Hayat Tahrir al-Sham in North Western Syria. The Hayat Tahrir have infact released a statement lauding how the Taliban’s achievements have helped them develop a roadmap.

Hezbollah’s rise in Lebanon’s power structure is also a perfect example of the state and terror networks validating each other.

Unlike the Hamas and Hezbollah, the Taliban does not have to worry about power sharing. However, the Hamas and Hezbollah are dependant on several states, Iran being one of their primary sponsors. In the case of the Taliban, it is the case of the tail wagging the dog, with Pakistan now trying to control the Taliban and Afghanistan through the Haqqani network. The fear is that this model will inspire and justify further terrorist groups to seek legitimacy without agreeing to form the part of the global order. If the world is not careful and does not react quickly, all these terrorists may inspire each other and decide to “go global” attacking western targets.