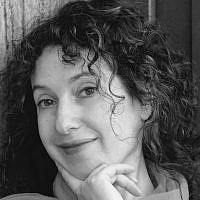 The Blogs
Esther Loewy
Apply for a Blog
Please note that the posts on The Blogs are contributed by third parties. The opinions, facts and any media content in them are presented solely by the authors, and neither The Times of Israel nor its partners assume any responsibility for them. Please contact us in case of abuse. In case of abuse,
Report this post. 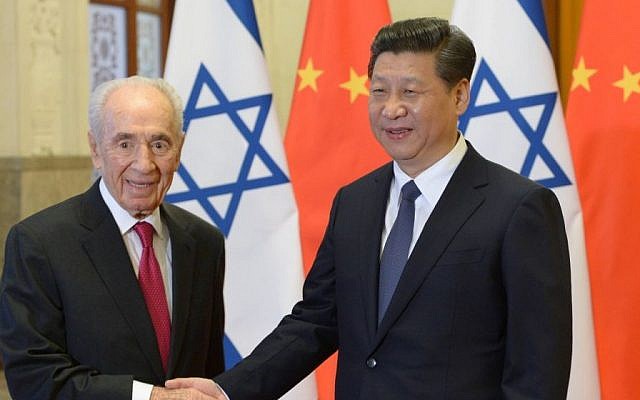 2015 is proving to be the year of Chinese investments in Israeli innovative startups with Alibaba, Ping An, and most recently Baidu becoming repeat investors in Israeli technology. Why are Chinese investors flocking to Israel? And why do China and Israel make such strong investment partners?

Top Technology: Israel has it and China needs it. Asian investors are smart and savvy; they come to us for curated Israeli technology – those which are gaining traction and ready for the Asian market. They are specifically looking for the most disruptive and technologically advanced algorithms that are beyond the seed and angel stage. That’s where Israeli innovation in IoT, Security, edTech, Fintech, Mobile, Digital Health take the lead.

A Step Ahead of Copycats: The quality of Israeli technology gives Asian investors an edge when moving a product into a market that is developing at a rapid pace. But startups be warned—Asian investors are not overly impressed with your IP. Why? Because, as Bill Gates simply stated, “The IP has a shelf life of a banana”. In the Asian technology scene competition and copying technology is a natural part of the ecosystem. They want Israeli technology because of what the IP signifies– the most advanced algorithmic solutions. By entering the Asian market with top of the line technology it ensures the competition will always be slightly behind. Many investors also agreed however that even with competition and copycats, the market enables multiple winners.

Competing for Israeli Dealflow: China and HK based investors want to be a smart investor partner. They realize that Israeli entrepreneurs have a choice when seeking investments. Startups need to be ‘wooed’ and investors need to offer both financial and strategic value to enable Israeli startups to succeed on the ground in Asia. It is becoming more and more common for Chinese and S.E Asian funds to ‘pitch’ their value by providing mentoring services or strategic partnerships to their portfolio. Asian investors agree that you need a strong technology but you equally need a clear and concise method of execution. This is where and how collaboration between Israeli technology and Asian investors will succeed.

Strategic Execution: Chinese investors bring more than a big checkbook. They bring an understanding of how to bring a product or technology to a mass market. With over a billion people in China alone, the possibilities of product execution and the tribulations of geographic obstacles are far better solved by the investors who are familiar with the region and with a physical presence.

Cultural “Investment Gap”: As witnessed last week at IBM Israel, Upround’s Innovation Summit , Gwen Ackerman of Bloomberg moderated a dynamic Asian Panel which addressed key factors required to succeed in China. Asian investors seemed eager at the opportunity to educate entrepreneurs on the “cultural investment gap” which cannot be overstated between Israeli entrepreneurs and Asian investors. This gap illustrates critical ingredients required to expand into Asia- highlighting aspects of competition, geography and education as crucial components which add to overall product execution. At one point, some of the advice on the Asian ecosystem seemed so focused and specific it felt like we were being fed top investor secrets. The bottom line is Asia represents a tremendous opportunity for Israeli technology but there is still much to learn about the true nature of succeeding in Asia.

Israeli companies which illustrate the potential synergy between products best suited for the Chinese market abound and include SpeakingPal, a robust educational platform endorsed by ETS, dedicated towards creating English fluency through mobile interaction, has traction and success in many developing Asian countries. The company is strategically ready to target China, but understands that only with the right partner is the venture worthwhile. Strong technology just needing a strategic entrance.

Tekoia, with its Sure universal remote is another example; a technology aimed at creating a user friendly mobile application to control your smart home. With the rise of smart homes and mobile devices, a natural fit for the Chinese market.

Even with obtaining the right partner and a successful entrance into the massive Chinese market there is a strong possibility that a competitor will pop up the next day or week with a very similar looking product. However, as many investors continually reiterated–even with competition and copycats, the market enables multiple winners.

About the Author
Esther Loewy is the CEO and founder of Upround Ventures which ups the value proposition for entrepreneurs, investors, partners and the global innovation ecosystem. Upround Ventures addresses the Series A/B chasm, acutely felt by premium Israeli start-ups which are scaling, gaining traction and penetrating the US and Asia. Esther brings her experiences as an entrepreneur, member of the management team of one of the most recorded IPO's in history and her work in the US, Israel, Europe and Asia, to secure investments and strategic partnerships for the company and startups. In the past 15 months she and her seasoned team and advisors have has spearheaded Upround to focus Eastward to Hong Kong, China and SE Asia. Esther launched Upround based on her experience of co-founding and leading her previous company, Bootcamp Ventures, to engage seed stage start-ups and investors worldwide. She provided hands on strategic guidance to an array of start-ups and was instrumental in expanding the company’s global investor and partner network. In under two years she worked closely to secure capital for multiple promising start-ups such in big data, security, edu-tech, mobile and more. Esther is a mentor at IBM SmartCamp Tel Aviv and is a member of the Global Accelerator Network (GAN). She was invited by KOTRA to mentor Korean start-ups at the January 2014 Startup showcase event. She was also selected to be a “Global Ambassador” to the StartmeupHK competition in December 2013. Esther is frequently invited to speak or write about entrepreneurship, innovation and investment from a global perspective. Previously, Esther was recruited to build Alvarions first in-house Investor Relations department. Earlier in her career, Esther headed corporate communications for theglobe.com, where her global branding and communications strategies directly impacted on alliances and paved the way for one of the world's most successful initial public offerings. She holds an MBA from the Kellogg School of Management at Northwestern University. Esther is originally from New York and moved to Israel in 2005 with her husband and two children.
Related Topics
Related Posts
Comments