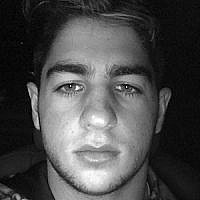 The Blogs
Victor Gilinski
Apply for a Blog
Please note that the posts on The Blogs are contributed by third parties. The opinions, facts and any media content in them are presented solely by the authors, and neither The Times of Israel nor its partners assume any responsibility for them. Please contact us in case of abuse. In case of abuse,
Report this post.

The 2015 Iran Nuclear Deal is an agreement between Iran and the seven members of the United Nations. The member countries include the United Kingdom, the United States of America, China, France, Russia, Germany and the European Union. The deal attempted to control Iran’s ability to make nuclear weapons. One of the current political topics with a lot of controversies is the 2015 Iran deal. The two sides of the argument over what to do today about the deal are whether to withhold the deal or to straightaway rectify it.

President Trump advocates that the deal should be withheld and has various reasons for this stand. To begin he states that Iran does not comply to deal and it’s not living up to the spirit of accord. Iran exceeded the limit tones of heavy water and does not allow inspectors into their military base which is a violation of the deal. He also cites that the deal has many flaws that need to be corrected for it to serve its cardinal purpose. Additionally, the deal does not last enough as well as control activities in the region that support terrorism in the country, for instance, Iran has fueled wars in Iraq, Syria, and Yemen and lastly the deal only last for a short time and therefore can’t be relied on.

On the other hand a total of 180 members of the Congress support the recertification of Iran’s Compliance with The Plan for Action. The congress members argue for immediate recertification for several reasons. To begin there is no evidence that Iran has not complied with the agreement. Without enough evidence to show enough to act on the deal would mean that the United States will destroy the united front against Iran and the country simply do not comply with the terms and conditions of the deal. Secondly the deal would put the United States in a tight position as it would harm the country’s national security, create bad relationships with other countries, and embolden Iran.  Additionally, if president Trump decertifies the deal, it would mean sending a negative message to North Korea which has been conducting experiments with nuclear weapons.

I believe that president trump should take back the 2015 Iran deal. Trump’s case against the deal appears to be more political than strategic long term.  The primary purpose of the deal was to control Iran’s production of nuclear weapons and when Trump cites reasons such as the deal does not control activities in the region that support terrorism, he goes beyond the point of the agreement. Additionally, the only logical basis for killing the deal was if Iran did not comply with the agreement which is has been proven not to be the case. If the deal is not taken back, it would put the country in a tough spot with regards to national security.