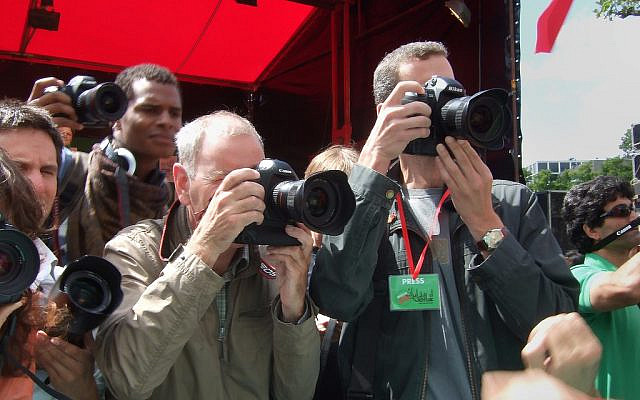 In its pursuit of power and control, the Islamic Republic of Iran has declared war on Information, or, as the Supreme Leader puts it: “misinformation.” And though the move may, on the face of it, appear reasonable it begs the question what does Iran consider the truth? 2020 saw the wave of lunacy, pseudo-scientific comments on Covid-19 and warnings of grand conspiracy that exposed the inherent dangers posed by fake news. Iran’s move had little to do with combating fallacies, but instead created a ‘truth’ of its own and tapped directly into the regime’s hunger for control over its people’s minds.

For a system that relies purely on indoctrination, thoughts are matters of national security. I recall a quote by Joseph Stalin that several of the regime’s men in Tehran loved to throw around as a summary of their ideology: “Ideas are more powerful than guns. We would not let our enemies have guns, why should we let them have ideas.”

Indeed, ideas are what propelled them at the height of power … guns were but a means to an end. It is not so much armed dissidence that upsets the regime but the possibility of thoughts counter to their own; ideologies that could render their own invalid in the eyes of their faithful followers.

The Islamic Republic has tirelessly worked to disappear all critical thinking to replace it with unquestionable faith in the Leadership – the new expression of a nationalism which coalesces with religious sentiments. Just as one ought not to question the word of God, that of the Ayatollah should never be challenged.

And though it may be difficult for western minds to grasp, for secularism has allowed us the courtesy of a free thought, Iran functions on another plane, one which calls for devotion and subservience to the Jurist.

It is within this optic today that Tehran has called for new legislation against the dissemination of unvetted information, or, in the words of the regime: misinformation.

“Psychological security is one of the rights of the people. What is psychological security? It means that each day rumours, false claims, and frightening statements should not be spread in people’s minds. Until yesterday, it was just the newspapers that spread lies. But now, the internet has been added to it,” said Ali Khamenei in a speech earlier this June.

And there it is! The Islamic Republic is setting the tone for a complete internet blackout so that its people’s minds could be spared the infamy of falsehood.

True, misinformation and disinformation are plagues we must address and combat, but not through isolation, and certainly not by subcontracting ‘truths’ to government officials whose ambitions are to consolidate their grasp on power.

Iran’s trajectory of late has been worrisome. If we cared to read the proverbial writing on the wall, that which spells unfettered totalitarianism, we may judge more prudent to abstain from further cooperation with a system so antithetical to our own. Our desire to engage the Islamic Republic in the hope that it would reform is just as ridiculous as to advocate forced exposure to a deadly virus in the hope that one will develop antibodies.

Beyond this new call for cancellation of the free mind lies a parallel agenda against our own – free speech that is. Through systematic infiltration of our public space, our values and adherence to liberalism have been twisted on their heads – caricatures made to serve ideas which are by essence theo-fascist.

Isolation and containment remain much safer courses of action. That of course and the promotion of free forums where ideas can be debated without fear of reprisals.

There are no greater threats to Iran than the free flow of information made possible by the internet. Khamenei’s concern for his citizens’ mental health is but an admission of the regime’s monolithic nature. Before a fast-changing world the Islamic Republic arcs back to mediaeval concepts of thought-feudalism and draconian state-control – not too dissimilarly from the Soviet experiment.

It will come to no surprise to readers to know that Khamenei’s injunction for new legislation has been shared by Chinese officials, or rather the latter has inspired the former to map his policies.

A grand censor of free thought, the Chinese government has long kept tight reins on both traditional and new media – leaning on firewalls and various monitoring systems to shut down any and all acts of perceived dissidence.

As many continue to argue diplomacy and normalisation with Iran as the only alternative to war, we may wish to remember that such binary is flawed. Our democracies, or rather the defence of our democratic values demand that we stand firm to the diktat of totalitarianism and begin to see Iranian strategy as they so clearly declare it – ideas are weapons.