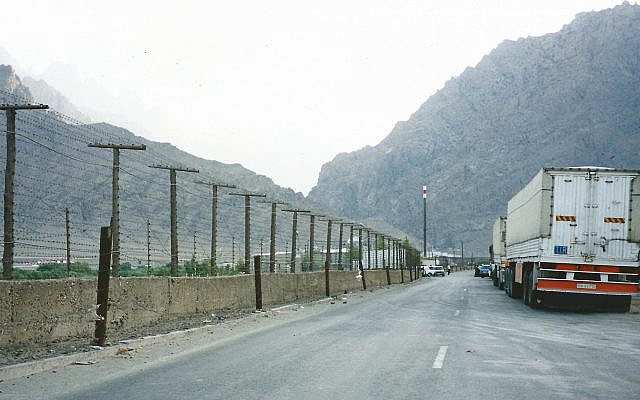 Iranian truck on the Armenian side of the border with Iran near Agarak, 2001 (photo: Anne Thompson-Ahmadova)

The emergence of new footage showing Iranian registered trucks and cars transporting fuel and food to the occupied Azerbaijani territories is causing major concern within Azerbaijani society. The video shines a spotlight on Iran’s long known involvement in supplying the Armenian separatists with vital resources. Although the Islamic Republic claims to support the territorial integrity of Azerbaijan, Tehran conducts a two-faced policy towards Baku. In the footage from Stepanakert, Mountainous Karabakh, a local Armenian activist denounces the separatist regime for allowing Iranian trucks and cars to enter the region in the midst of the COVID-19 pandemic.

Iran’s embassy in Baku tried to refute this fact by issuing a statement that no Iranian registered truck or car is involved in transporting fuel and food to the occupied Azerbaijani territories. In a phone conversation with his Azerbaijani counterpart Iranian Deputy Foreign Minister Araghchi yet again denied the trade, accusing “enemies” of spreading disinformation in order to damage Azerbaijani-Iranian relations. As a matter of fact, official Tehran’s two-faced policy in its relations with Azerbaijan is well known and there is a huge mistrust of Iran in Azerbaijan. Despite their denial that Iranian trucks are involved in this illegal trade, the Islamic Republic has a track record of supplying the Armenian occupied Azerbaijani territories since the end of the active phase of the war between Armenians and Azerbaijanis in 1994. There is substantial evidence of Iran’s citizens, under the watch of the Islamic Republic, doing business and trade with the Armenian separatists in contravention of Tehran’s “official” policy. In fact, doing illegal business and trade with the Armenian-occupied Azerbaijani territories is part of Tehran’s multifaceted policy towards Azerbaijan and the West. Iranian trucks enter Karabakh by crossing the state border with Armenia at the Nordooz – Agarak crossing point, travelling north to Goris, then east towards the occupied Lachin district. According to various travellers, including Edward Walker in his No Peace, No War in the Caucasus (p. 26), there is a tiny checkpoint along the Lachin road between Armenia and Karabakh for the purposes of checking the documents of Iranian truck drivers going to Stepanakert, the de facto capital of Mountainous Karabakh. In his book Azerbaijan Since Independence (p.321), Swedish expert Svante Cornell highlights the fact that from the end of the Karabakh War, Iranian trucks started “supplying most of the needs of the secessionist enclave”. The involvement of Iranians and Iranian trucks in business dealings with secessionist Karabakh is briefly mentioned in Tom de Waal’s Black Garden: Armenia and Azerbaijan Through Peace and War (p.242). There are many witnesses and examples of the involvement of Iranian trucks in supplying fuel, food and construction materials to Karabakh, and the Islamic Republic’s denials cannot hide its close ties with the occupied Azerbaijani territories controlled by Armenia. 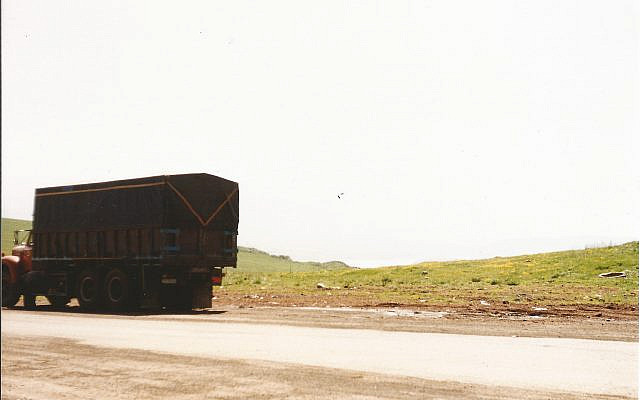 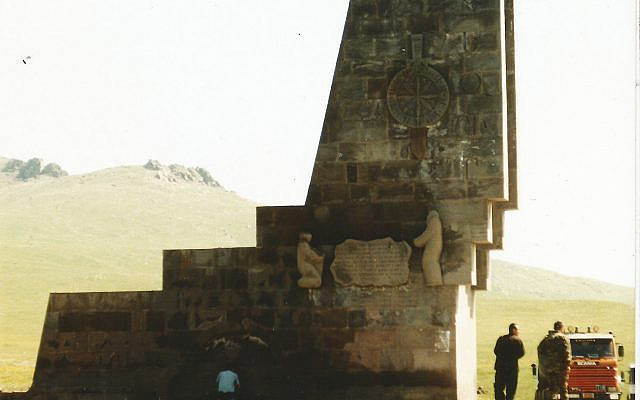 In the midst of the global pressure on the Iranian regime, Iranian officials are desperately looking for alternative routes to circumvent the sanctions imposed by the United States as part of the Maximum Pressure campaign. Tehran has used Armenia and Armenian banks in the occupied Azerbaijani territories to break the sanctions and facilitate revenue income, just as in the past it tried to create alternative financial channels in Turkey and the UAE. A May, 2007 cable from the US Embassy in Yerevan, entitled “Armenia Slow To Implement Bank Sepah Asset Freeze”, said that Sepah, an Iranian bank which has been under U.N. sanctions since March 2007, maintained correspondent accounts with the Armenian branch of Iran’s Bank Mellat in breach of U.N. restrictions. In August last year, the United States Department of Commerce sanctioned two Armenian companies (the Yerevan Telecommunications Research Institute and the Markel company) for trading with blacklisted Iranian companies. As Armenia becomes more dependent on Iranian gas and energy supplies, its foreign policy aligned with Moscow and Tehran poses a major threat to Western interests in the South Caucasus and Caspian region. Iranian food and fuel supplies to Karabakh are well known and widely referenced. It is no secret in Armenia, Iran and Azerbaijan that Iranian trucks conduct this kind of transportation on a more or less daily basis.

When it comes to understanding Tehran’s geopolitical interests in its relations with Azerbaijan and Armenia, Iran conducts two policies – the official one and the pragmatic one in terms of its national interests. Having a large Azeri population in its northern borders, Tehran fears Azerbaijan becoming an active advocate for Iranian Azerbaijanis’ rights within Iran. The Islamic Republic’s longtime suppression of ethnic minority rights has already created distrust between its ethnic minorities and the centre. Iranian Azerbaijanis are the biggest non-Persian ethnic group in Iran, and after the collapse of the Soviet Union Iran became concerned at the presence of the independent Republic of Azerbaijan on its northern border, fearing its potential effect on so-called “Azeri irredentism” inside Iran. Therefore, Tehran forged an alliance with Armenia and supports it with regard to the peaceful resolution of the Karabakh conflict.

According to Vardan Voskanyan, an expert in Iranian Studies at Yerevan University, the current status quo – meaning the continuation of Armenian control over Azerbaijani lands bordering Iran’s north-western region – is beneficial for Tehran, as it creates a “buffer zone” between Azerbaijan and Iran’s north-western Azeri populated regions. He also stated that any change of borders or resolution in favour of Azerbaijan is not in the interest of Iran. In other words, Armenian control of Azerbaijani border regions with Iran in Karabakh solves a national security problem for Iran.

Iran-Armenia relations are directed at preventing Azerbaijan becoming pro-Western and close to Washington. The Islamic Republic of Iran cannot tolerate Azerbaijan’s strategic alliance with Israel and has been trying to damage the alliance by a variety of means, including supporting an ethnic Talish separatist organisation based in Moscow, providing moral and ideological support for radical Shia groups inside Azerbaijan in order to destabilise it, and supplying fuel, food and other vital materials to the Karabakh separatists. It seems Tehran is pursuing an offensive against Azerbaijan on three fronts, while pretending to be a friend of Azerbaijan and to support its territorial integrity. Baku needs to confront this Iranian incursion with strong and effective policies such as opening an embassy in Jerusalem, increasing the Israeli-Azerbaijani military-intelligence partnership, conducting joint drills and advocating for greater rights for the oppressed ethnic Azeris in Iran.