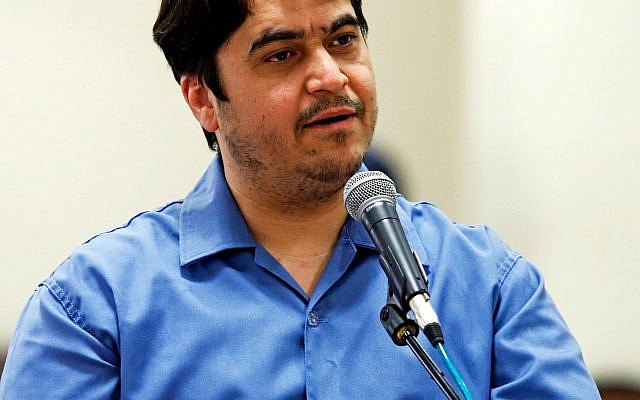 Several weeks ago following the Iranian regime’s execution of the innocent Iranian journalist Ruhollah Zam, an American Ashkenazi friend of mine who is on the left politically contacted me almost crying. My friend is not one who follows politics nor current events in Iran, but someone who genuinely cares about human rights and was shocked that Zam, a critic of the Ayatollah regime, was executed for merely speaking out against the regime. “Why isn’t the American Jewish community saying anything about what they did to Zam? Where’s the outrage over the Ayatollah’s human rights abuses?” he asked me. These were questions I was unable to answer. However, I urged him to begin an effort among US Jews who are on the left to publicly speak out against the Iranian regime’s crimes against humanity today.

Politically, I am not a Progressive, a Liberal or a Democrat. Yet for nearly my entire life I have lived among Southern California’s Jewish community who are majority American Ashkenazi Jews with left-leaning political views. While I have not always agreed with many of their political views, I have always had the utmost respect for my American Ashkenazi brethren. Whether in California, New York, Boston, Chicago or San Francisco, the American Ashkenazi community has championed, “Tikkum Olam”–  the Jewish concept of healing the world, or advancing social justice causes and supporting movements for freedom throughout the world. It is therefore surprising to me how many in this same American Ashkenazi community have totally ignored the horrific human rights abuses and lack of freedom in Iran today. The cause for social justice and human rights in Iran is not a politically left or right issue, it’s an issue of basic human freedom and survival. Therefore, those American Ashkenazi who have always championed such social justice causes worldwide must now speak up for the people of Iran suffering under the yoke of oppression from the radical Islamic Ayatollah regime today.

Whether it’s women, LGBT, labor union leaders, political activists, artists and filmmakers, musicians, religious minorities or journalists, there are not very many groups that the current Iranian regime has not oppressed, imprisoned or executed in Iran. Now that making a “deal” with this regime is on the agenda for many US politicians, the American Jewish community has a responsibility to raise the issue of the regime’s horrific human rights abuses.

A History of Social Justice & Supporting Causes of Freedom

The American Jewish community in the last 60 plus years has been very vocal in speaking out not only against anti-Semitism in the world, but against the evils of hate, war and lack of freedoms worldwide. Today I call on the American Jewish community, which has long been strong proponents of social justice causes, equality and freedom movements, to support the people of Iran who are fighting to rid themselves of an oppressive regime.

During the Cold War was it not American Jewry, especially Democrats, who were among the most vocal against the tyranny of the former Soviet Union against Soviet Jewry and opponents of the Soviet Communist regime?  Weren’t American Jews among those who voiced support and stood with Polish Solidarity union activists during their protest against the Communist Polish regime in the early 1980s? Were American Jews not among the many that stood shoulder to shoulder with Nelson Mandela and his freedom movement against the oppressive apartheid system in South Africa? Did Rabbi Abraham Joshua Heschel and other American Jewish activists not march arm in arm with Dr. Martin Luther King Jr. and champion the Civil Rights Movement? And even today, many American Jewish congregations have taken on volunteerism to fight homelessness and protested against racial bigotry in their own cities. 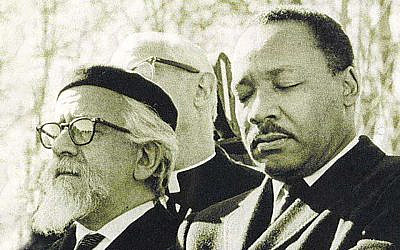 Therefore it is imperative that this long and proud tradition of support for real social justice movements must continue and be carried forward by American Jews for the plight of average Iranian citizens seeking greater freedoms in their country despite the repression they have faced from their radical Islamic regime. We cannot and we must not remain silent and on the sidelines while innocent men, women and even children are beaten and slaughtered in the streets of Iranian cities just for protesting against a corrupt government that has done nothing to improve their lives but instead spent their country’s wealth on funding terrorist groups throughout the Middle East.

We as Jews are a people who for millennia have faced unspeakable violence, hatred, injustice, pogroms and even genocide. As a result, we have always spoken out in every part of the world in support of those who were downtrodden and oppressed. Today our support of the peace-loving people of Iran would be no different. How much longer can we stand idle and not speak up while the regime in Iran not only slaughters and imprisons its own citizens, but whose leaders constantly deny the Holocaust and call for a second annihilation against our people in Israel? 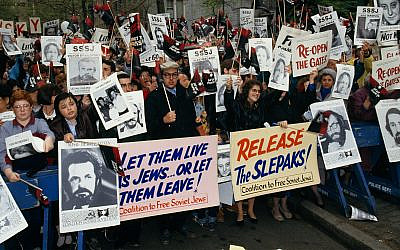 More importantly for Jews and non-Jews who love peace and abhor war, standing in solidarity with the people of Iran who oppose the Ayatollah regime today is a moral and just thing to support because it avoids unnecessary conflict between nations when the people of Iran will eventually overthrow their country’s oppressive leaders. Unlike their repressive regime, the vast majority of people in Iran harbor no hate for Jews nor Americans and any other group. Most average Iranians are perhaps some of the most peace-loving, hospitable and kind individual you may ever come across.

We as American Jews, Ashkenazi and Mizrahi, conservative and liberal, secular and religious, have a duty to speak with one voice for freedom and in support of those innocents in Iran who want to liberate their own country from a repressive regime. We as American Jews must today recall the gift of freedom the ancient Persian king, Cyrus the Great. He granted us freedom from the bondage of Babylonian captivity 2,700 years ago and in turn today we must stand with his descendants in Iran who are seeking international support to free themselves from the yoke of radical Islamic bondage and oppression. All American Jews, especially those on the left who believe in championing social justice and freedom movements, must speak out against the human rights abuses that the current Iranian regime has unleashed for more than four decades against the innocent people of Iran.