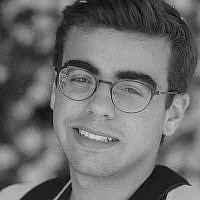 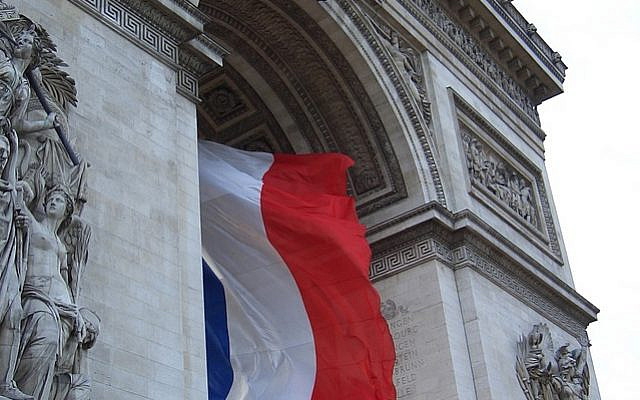 The Arc de Triomphe with a French flag - Picture from Freeimage.com ( royaltiy-free pictures)

For decades, many extremists among the Arab World and radical Islamists have designated their sworn enemies with a very striking vocabulary, popularized during the Iranian Islamic Revolution of 1979:  “The Great Satan” represented the United States seen as the greater evil against the Islamic world, and its regional proxy, Israel, seen as “the Little Satan”.  These terms were widely used within the religious and political propaganda of radical groups; and this anti-Western rhetoric with some aspect of messianism ( the war against Satan) helped the Islamist ideology to gain more influence throughout, not only the Arab world but the entire Muslim world. For instance, under such influence, the Middle East that was for many years a region whose national governments tended towards secularism or nationalism embodied by the Pan-Arabic movement slowly turned into a land made of failed states, torn by religious wars and a shelter for terrorists and other extremists.  This worrying phenomenon is starting to move now beyond the Arab World, for example in Turkey who used to be a secular haven not so long ago. It is true, however, that other states (usually the richest) still adopt a more pragmatic approach and move closer to the Western World; but by doing so they are seen as traitors by a significant part of the Muslim World and actors like Saudi Arabia seem to have lost their symbolic leadership in that respect.

Nowadays, this situation is a little bit different. The United States is starting to pull out of the Middle East, Israel develops its diplomatic ties with some part of the Arab World, and historic supra-actors of the region like Turkey, Iran or Russia see here the opportunity to regain influence in the region. Any conquest of power or gain of influence is made easier by the existence and the demonization of a common enemy to the whole targeted population. By doing so, those leaders can gather a huge amount of people from various origins under the common Islamic cause ( the Umma) whose values feel threatened by a foreign nation of heretics. And with the recent events that shook the entire Muslim world, this enemy was easy to point: the French republic and its blasphemous cartoons.

On many occasions, France has been the target of jihadism but it seems like France’s status has recently changed for the Islamists. For instance, the horrendous attacks that took place in 2015 killed hundreds of innocent civilians because they were Jews,  policemen, journalists or simply enjoying a concert, fireworks show in Nice or a drink in a Parisian café. Those attacks were widely condemned among the world that showed tremendous support for France and honored these victims. In that respect, if we put aside the scale of the attacks, the attacks that occurred on French territory did not have a different modus operandi than other ones that happened throughout the Western world. Islamists wanted to harm anything that could be linked with this “civilization of heretics”. However, the recent chain of events triggered by the dreadful murder of Samuel Paty showed us that there was something different going on nowadays. This French Teacher was killed for using cartoons representing the Prophet Muhamad published by Charlie Hebdo to lead a debate with his pupils about freedom of expression. The fact that a radical Islamist saw here an excuse to kill him is horrifying but, sadly, not very surprising. However, the international reaction was quite intriguing.

During the ceremony organized in honor of Paty; Emmanuel Macron declared that: “ We will defend our freedom, promote the laïcité ( French for secularism). We won’t give up on cartoons.” This sentence, that may seem benign given the context, spurred an immense wave of contestations throughout the Arab World. Erdogan reacted by saying that Macron probably had mental health issues and called for the boycott of French products; a movement followed in many places, from Qatar to Jordan and even among Palestinians. A few days later, in Nice, on October 29th another jihadist burst into a church with a knife and took three more innocent lives. On the same days, several other aggressors were stopped or shot with the same weapons in their hands.

A country that experiences an Arab Boycott and suffers from random knife attacks. Does that remind you of anything familiar? Is France the new Satan for Islamists?

The relationship between France and Islam has a long and tumultuous history. The first clash between the two happened in 732 during the Battle of Tours, during which the Frankish military leader, Charles Martel, stopped the Umayyad invasion. For centuries afterwards, interactions between France and the Muslim World were rare but significant. The French kings even found themselves allied with the Ottoman Empire on several occasions. Nonetheless, it is mainly during the period of colonization that France took control of large parts of North Africa and then of the Middle East after the fall of the Ottomans and had for the first time to deal with a large Muslim population unders its authority. The subsequent era of decolonization is as important in that respect since many Muslims chose to leave the former colonies to live in France. It is important to note here that most of them started to practice a peaceful Islam and Islamism was not perceived as a threat for many years. However a lot of them failed to fully integrate and merge into the French model of “assimilation” and as a result, religious extremists, funded by foreign powers, slowly saw that there was an opportunity to spread and preach their deadly ideology. Successive French governments decided to ignore this worrying trend for many years and unconsciously let it grow in some part of the territory that did no longer respect the French legal framework. Those “areas” were already identified in 2002 by the renowned historian Georges Bensoussan in his book: “ The Lost Territories of the Republic”.

Eighteen years later, the Islamist ideology has killed more than 250 French civilians and the current government must take action before the population turns towards the extreme-right to solve this issue. That is what President Macron decided to do by standing for the values of secularism and freedom of speech ( prominent French ideals since the Revolution) and started to tackle the problem of Islamism. But everything got out of control when the internal problem suddenly became an international one.

In 1996, Samuel Huttington talked about the Clash of Civilizations and described a 21st-century world in which main civilizations will compete with each other. Back then, his theories created much controversy but there is now enough evidence that at least some of his predictions were right. The United States and China are fighting a trade war and the winner may become the next world’s hegemon. In the meantime, Europe is struggling with political Islam on its own soil. In that context, it is hard not to see in the confrontation between Muslim leaders and the French president a very strong symbol. Erdogan or Ali Khamenei, who both spoke strongly about Macron’s words on freedom of speech, represent a branch of political Islam that aims to gain ground on Western territories through informal agents such as imams or various state-funded organizations in Europe. According to La Croix,  the Turkish government is paying the salaries of more than 150 Imams in France. Those clerics can be considered as national agents who spread the ideology of the “Muslim Brotherhood” and challenge French sovereignty.

But the reason why France became the new favorite target of Islamists is to be found in the absolute opposition of values between the two parties. Macron has decided to defend the historical values of state secularism. It is sometimes difficult for foreigners to fully understand the importance of “laïcité” in France, a central concept since the Revolution that enabled the Republic to get rid of the influence of the Church. In France, people enjoy the freedom of religion but no religion is officially recognized or funded by the State. For instance, religious signs are banned from various public places such as schools, courts, or the Parliament. The idea is to promote French identity over religion and to avoid any kind of communitarianism. From a multiculturalist point of view, such an ideology is surprising or even questionable but it is important to understand that France has built itself on this ideology along with its famous motto of “ Liberty, Equality, and Fraternity”. And as a consequence, blasphemy is not a crime in France, but it is a right.

On the other hand, we could also understand the fact that people in the Muslim World believe that such representations of one of their holiest figures are insulting, disrespectful, and offending. And, for most of them, we are not necessarily speaking of radicals but of faithful and peaceful Muslims in the Arab World that are genuinely saddened to see their prophet on those trashy cartoons. And here is the issue, even peaceful people on both sides cannot find a common ground on that specific issue because they look at the same things from completely opposite positions, through a different “civilizational prism”. The two civilizations have built themselves on values that simply cannot go together. Because of their own history and culture, France defends secularism and the right of blasphemy while Islam is built upon respect for the holy; and for the latter, only an evil entity could desacralize God like this. Then, the clash is inevitable.

On January 11th, 2015; after the horrendous attacks of Charlie Hebdo’s offices and the Hypercacher; French people went in the streets to protest against terror. Many of them wore a sign saying “ Je suis Charlie” ( I am Charlie). By doing so, they did not only show their solidarity with the victims but also proudly reasserted their right to mock any religion. Then, maybe that in 2021, after the second lockdown, French people will march with placards saying “ Je suis Satan”. I am Satan because this is also my right.