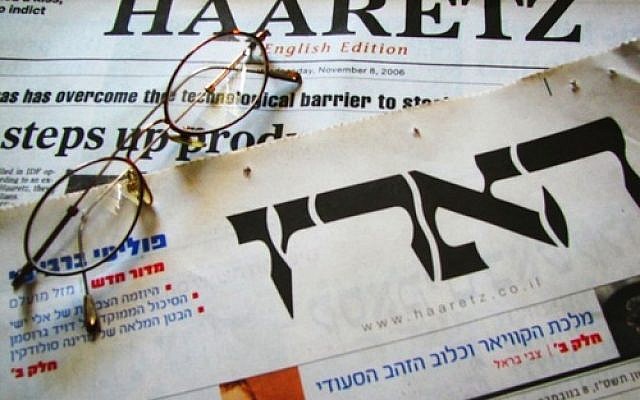 The headline of the latest anti-Semitic story in Haaretz is “Was Jesus the Real Villain in the Purim Story? This Israeli Scholar Thinks So” but it was first headed and sent around as “The secret anti-Christian history of Purim” as can be still seen from its URL. The original headline suggests that Jews have a concealed understanding of Purim, the Feast of the fall of our greatest enemy, as being against Jesus and Christianity. This is of course not true. Here is an Israeli professor staged who reads this self-invented hidden meaning into the classical text.

The text is only for paid subscribers, as with most of Haaretz anti-Zionist (euphemism!) articles (see below). My search engine found about it: “Yuval does not think this ‘Purim’ connection is a coincidence. It wasn’t only the Jews who tended to equate Haman with Jesus; so did the Christians. Michelangelo’s painting of a crucified Haman, found in the Sistine Chapel in Rome, is ‘a famous demonstration of this understanding.'”

Never mind that Jews for Jesus can prove to you that Jesus celebrated Purim. If the Festival is so old, how can it be anti-Christian at all?

It is always interesting to see how hatred against Jews is fermented.

Now, there nothing new under the sun and that is true for spreading Jews’ hatred too, of course. To the day, 14 years earlier, the same paper published “The Crucifixion – of Haman.” That was not yet in the era that it hid its anti-Jewish messages behind a paywall, so we can simply read it.

It claims that 16 centuries ago (!), regular Jews celebrated anti-Christian texts on Purim. It analyses this as a way to “let off steam” but fails to mention that if this at all happened, it is wholly unknown to present-day Jews.

The Byzantines were among our most cruel enemies ever. They forbid Jews to ritualistically burn effigies of Haman on our holiday as that would refer to Jesus. Their claim obviously doesn’t make it credible.

Reminds me of the man who was accused of calling the Tsar a donkey. I wasn’t referring to the Tsar, you honor, tried the defendant. But the judge was unrelenting. Who else could you have meant to call a donkey?!

It even says that the lofty Festival has a “folk character.” Enough already!

It’s a totally other thing, of course, to compare the execution of Haman and his sons to the Nuremberg Trials of 1948.

The  JTA told us recently that 100 years of Haaretz will be digitized and available to the public. I tell you that it will not be.

How does Haaretz manage not only daily to spread it’s extremely anti-Zionist views around the globe but also lies, propaganda and anti-Israel blood libels with impunity? And the handful of loony leftists could never finance such an enterprise. It has several tricks.

1. It has a Hebrew version printed and delivered in Israel that pays for its hate-filled English online edition. It tickles intellectuals with excellent stories about archeology, medicine, science and art. It also has hateful headlines as the online version but less so. And it doesn’t matter anyway because intellectual academic subscribers take extremism from the left with a truckload of salt as just youthful rebelliousness, it seems.

2. The English online version hides all its anti-Zionist articles behind a paywall. This way, paying subscribers can read as many lies and fables about Israel and the Middle East as they want while the average Internet browser only sees the decent or intellectually tantalizing articles. Just go to its homepage and click on any article about Israel; almost always: only for pay. The rest can be read by anyone. Try it yourself at any day.

3. It is extremely difficult to prosecute hatred. Freedom of the Press in the democratic world is so holy – and rightly so – that slander and lies generally go unpunished. That is self-defeating but that’s the situation. The Press is important in the free world but it answers to no one.

Forget about Haaretz having a democratic bent. It never allows any comment by me on its site, even on non-political articles.

And now they want us to believe that Haaretz is going to permit the academic world to put all their hundred years online for all to see. It will not happen. The older issues, why not? But the recent news, no way. And not for the money. It asks a truly minimal fee for reading their anti-Zionist propaganda. But it will not go public. That would reveal for all to see that what many outside of Israel regard as critical but fair Middle-East reporting is, in fact, worthless hatred put to words. You can quote me.

Maybe you would think that I’m a rabid hater of the left. That would be strange because I blog all the time against sexism, racism, homophobia, etc. And you should see my seething blog posts against the Jerusalem Post. No, I hate dishonesty and Jews’ hatred (as my bio below says) from wherever it comes. I have nothing against an honest extremist pose (if it’s not oppressive or violent). But I can’t stand people who defend their positions with lies or oppression.

I did a lot of hasbarah and so I learned how much damage Haaretz does abroad. That deserves to be fought, like any bigotry or slander. 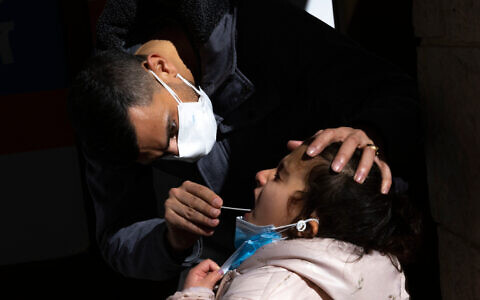 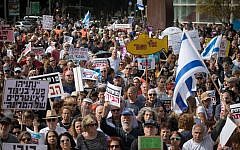 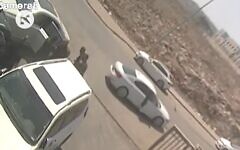