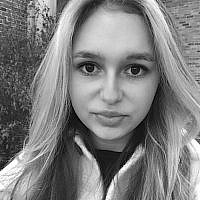 The Blogs
Marina Barats
Apply for a Blog
Advertisement
Please note that the posts on The Blogs are contributed by third parties. The opinions, facts and any media content in them are presented solely by the authors, and neither The Times of Israel nor its partners assume any responsibility for them. Please contact us in case of abuse. In case of abuse,
Report this post. 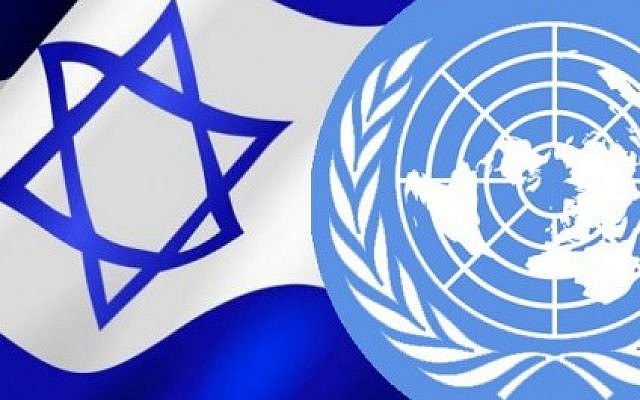 In May 2021, the UNHRC established a permanent investigation into Israel’s treatment of the Palestinians. This is a recent example of the disproportionate targeting of Israel by UN bodies which agitates Arab-Israeli tensions. Yet, issues of anti-Israel bias date back to the infamous General Assembly resolution of 1975 declaring Zionism to be racism.

Since then, the United Nations Human Rights Council (UNHRC) and United Nations Relief and Works Agency (UNRWA) have targeted Israel through various mechanisms at their disposal. Notably, the UNHRC has passed more resolutions condemning Israel than it has against almost all other countries combined, with Israel becoming the only state directly targeted on the Council’s permanent agenda, Agenda Item 7, which automatically singles it out for criticism.

In 2018, the then US Ambassador to the UN Nikki Haley cited the “chronic bias against Israel” as one of the reasons for the US withdrawal from UNHRC and called the organisation unworthy of its name. Whilst some allies urged the US to remain, the Trump administration did not want to legitimise such a dysfunctional UNHRC. This begs the question how, and why, have these international bodies gone so awry that the US felt the need to withdraw? And is there any hope that they can be reformed?

Fundamentally, most countries in the world are neither free nor democratic. Hence, the very structure of the UNHCR risks undermining its purpose, protection of human rights. The Council’s 47 members are elected according to proportionate geographic representation from General Assembly member-states, meaning that the Western States get only 7 seats. Moreover, the number of democracies in the Council recently dropped to the historic low of 15. Recent members include Cuba, Venezuela, China, Russia and the Democratic Republic of Congo, some of the worst human rights offenders.

The prominence of anti-democratic states in the Council enables them to limit the Council’s effectiveness, unite against Israel, the only democracy in the Middle East, and prevent the realisation of a Human Rights Council capable of unmasking the human rights failures of these authoritarian nations.

Furthermore, the UNHRC targets Israel through the legitimisation of BDS, the campaign to boycott, divest and sanction Israel. The Council adopted a blacklist of companies doing business in the “Occupied Palestinian Territory”. Such interference in the economic and business affairs of a country by the UNHRC is unprecedented. For example, we are yet to see a UNHRC-sponsored Boycott of companies benefitting from Uighur forced labour despite the atrocities being committed in Xinjiang. Once again, Israel is used as a convenient scapegoat to divert attention from authoritarian regimes engaged in human rights abuses.

An unfortunate and overlooked side-effect of blacklisting is that it harms ordinary Palestinians. Israeli companies operating in the West Bank employ many Palestinians and provide better insurance and benefits than most Palestinian companies. For instance, 500 Palestinian workers were laid off in 2016 after the Israeli SodaStream closed its factory in the West Bank following BDS protests. This clearly illustrates the warped world view of the UNHRC – disregarding Palestinians’ livelihoods in order to condemn Israel.

In short, the treatment of Israel in the UNHRC is a case of moral relativism: if we were to apply the depth and detail of UNHRC’s scrutiny towards Israel universally, the Council would have to get involved in condemning the affairs of far more states. Evidently, the UNHRC has been hijacked by authoritarian nations and is thus a highly dysfunctional international body married in biases, with limited scope for effective reform.

The second UN body that must be addressed when discussing anti-Israel bias in international institutions is UNRWA. UNRWA runs schools and social services for Palestinian refugees. Unfortunately, many of these noble causes become forums of indoctrination and radicalisation. For example, textbooks used in UNRWA schools incite hate and violence against Jews. One textbook described a Molotov-cocktail attack on Israeli civilians as a “barbecue party” and another praised a Palestinian female terrorist responsible for the killing of over 30 civilians. The funding of such a body thus inflames rather than calms Israeli-Palestinian tensions.

UNRWA’s definition of “Palestine refugees” further ferments the Israeli-Palestinian conflict. The definition includes persons residing in Palestine in 1946-1948 who had to leave because of the 1948 conflict and their descendants on their father’s side, even if they hold a citizenship of another state. This is inconsistent with all other refugee classifications in the world. Therefore, the number of Palestinian refugees has rapidly increased from approximately 600,000 in 1949 to 5.7 million today. If the Palestinian right of return promoted by UNRWA is recognised, such a large influx of Palestinians will threaten the existence of Israel as the Jewish state because Jews will no longer constitute a demographic majority – no other refugee group in history has been offered a right of return that could change the demographic and political landscape of a country.

In short, the above features demonstrate that UNRWA inadvertently places conflict resolution and securing a better life for the Palestinians as secondary fostering resentment towards Israel. Given the improbability of reform without incentives, in 2018 the US stopped funding UNRWA and cited reconsideration of the right of return and reduction of the recognised number of Palestinian refugees as conditions to renew. This restriction of funds provided effective economic pressure and may have forced some reconsideration by the Palestinian Authorities. Yet once Biden took office, he re-joined the UNHRC and renewed funding of UNRWA without stipulating any conditions for funding. Biden is thus perpetuating institutional biases against Israel. The US as Israel’s central ally should do and know better, especially given the UNHRC and UNRWA’s history of disproportionately targeting Israel.

To summarise, both the UNHRC and UNRWA demonstrably suffer from anti-Israel bias which signals Israel out in order for authoritarian regimes to conceal their own shortcomings. In the context of UNRWA, Israel is singled out through the unique definition of Palestinian refugees, which undermines and potentially even threatens the very existence of the state of Israel. In short, by letting such biases take root UNWRA and the UNHRC have highlighted their own ineffectuality at promoting democratic values and their hypocrisy as they agitate rather than aid the prospects for conflict resolution. However, these biases are likely to continue without a concerted US-led effort for democratic nations to withdraw funding from these bodies and deny them both legitimacy and power.

About the Author
Marina Barats is a final year BSc Economics & Politics student at the University of Bristol with a strong interest in current affairs, especially in the context of Israel, Russia, the Middle East and the US. Marina is a Policy Fellow of The Pinsker Centre, a campus-based think tank that facilitates discussion on global affairs and free speech. The views in this article are the author’s own.
Related Topics
Related Posts
Comments