The Blogs
Paul Alster
Israel-based print and broadcast journalist
Apply for a Blog
Please note that the posts on The Blogs are contributed by third parties. The opinions, facts and any media content in them are presented solely by the authors, and neither The Times of Israel nor its partners assume any responsibility for them. Please contact us in case of abuse. In case of abuse,
Report this post.

Residents of the Carmel ridge and coastal area are up in arms and planning to fight hard against advanced government plans to turn one of the most beautiful parts of Israel’s coastline into a nightmare petrochemical hub servicing the burgeoning offshore natural gas industry. 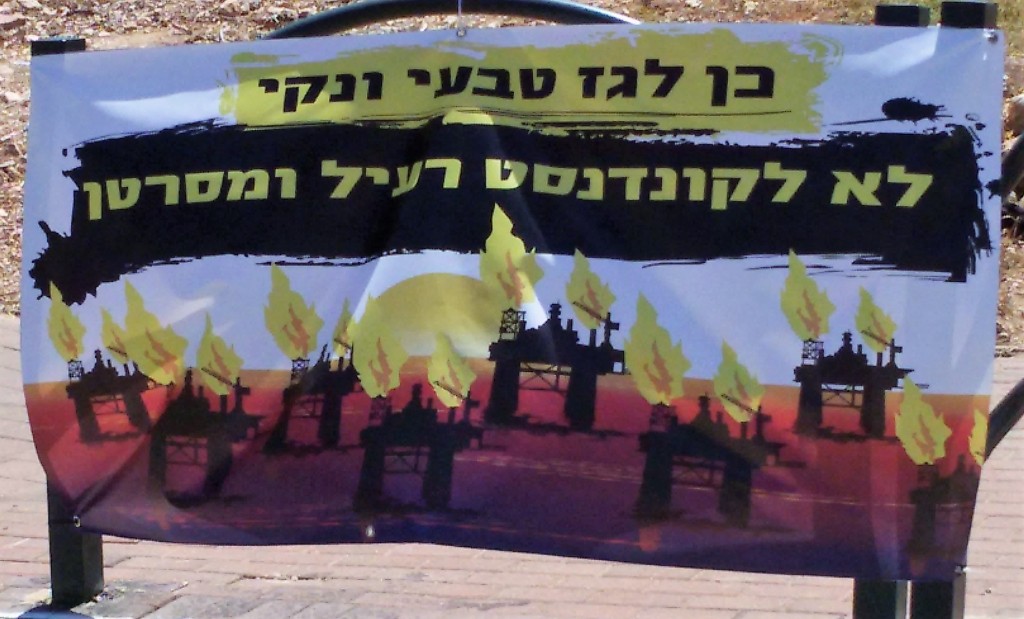 This recently formed Citizens Coalition – a pressure group including all strains of political opinion and religious observance – insists it is not opposed to the development of the massive Leviathan gas field itself, but is vehemently objecting to a plan allowing for as many as sixteen 120 meter-high gas treatment platforms being erected no more than 10 kilometers off the coastline, opposite the hillside towns of Zichron Yaakov and Fureidis – instead of the originally proposed 120 kilometers from the shore.

They also oppose a controversial on-shore storage and processing plant for the natural gas bi-product condensate – a substance declared as highly toxic, flammable, explosive and carcinogenic – that will be processed at the Hagit power station, just 3 kilometers from the boom town of Yokneam. The plant is also close to Zichron Yaakov, Fureidis, Bat Shlomo and Elyakim. A conduit processing plant will also be established at Dor beach. 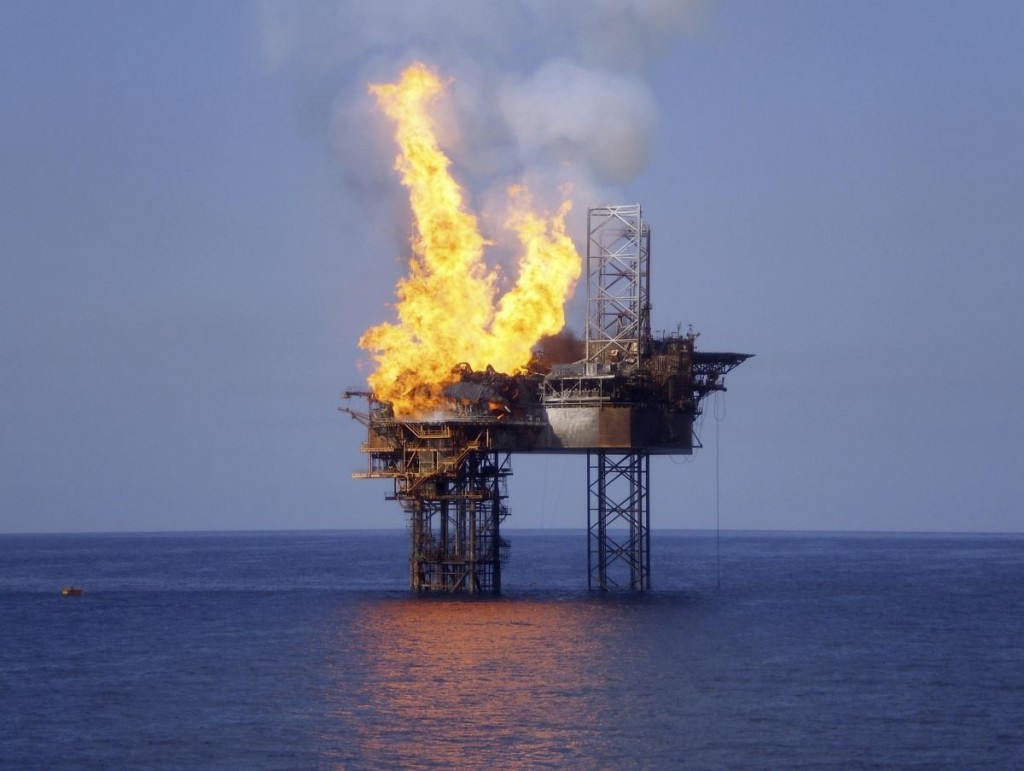 A gas treatment platform similar to the 16 planned that will be visible from Zichron Yaakov, Fureidis, etc.

Allegations of secrecy, recklessness and subterfuge are now being levelled at a government hurrying to realize the massive financial windfall – many tens of billions of dollars – the natural gas would bring. Much of the gas will reportedly be sold to neighboring Jordan, as well as to other countries in the eastern Mediterranean and beyond, making Israel a net exporter and a genuine power in the international gas industry, while also strengthening essential regional ties.

But in original plans submitted to the government by Noble Energy in 2015, the gas companies themselves reportedly suggested a 120km distance from the shore and the establishment of a huge offshore floating barge to process, store and offload (FPSO) the condensate, having taken into account the potential dangers to the public. Yet, for unexplained reasons, the government has ignored the original recommendations.

Reports suggest the rush to have the gas online by 2019 is partially due to concerns that Nobel Energy will run out of cash to continue the project after that point.

Energean’s website currently highlights it is, “committed to submitting a Field Development Plan to the Israeli Government by mid 2017.” It intends to use FPSO offshore technology 90 kilometres off the coastal line. The Citizens Coalition strongly supports Energean’s plan, and has vowed to fight any government attempt to make them build processing plants closer to the coastal line.

Likud sources, nervous about speaking ‘on the record’, have suggested a directive was issued by Netanyahu to push the plans for the new gas treatment platforms and onshore processing plant through as fast as possible. The project had originally been rejected in the Haifa and Emek Hefer regions due to environmental concerns.

The same sources suggest Netanyahu wants to present himself as the enabler of a green, natural gas windfall that would benefit all Israelis. They suggest this will be the centerpiece of his pitch to be returned to office at the next election. 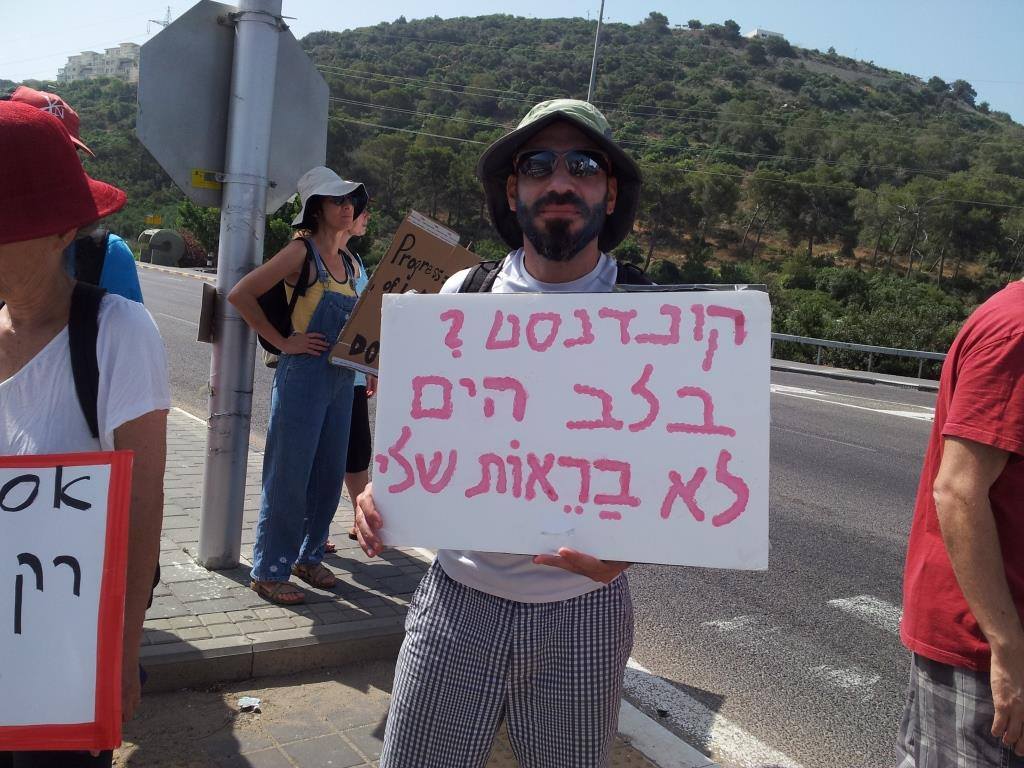 Slogan reads, “Condensate? Way out at sea, not in my lungs”

Protesters, however, highlight serious question marks over the veracity of the environmental information presented by both the government and the gas companies. They contend that residents and local politicians have not been correctly briefed on the many potential dangers such a development could bring.

They argue that such concerns appear to have been dismissed out of hand by Netanyahu, his ministers, and others involved in the project, only serving to add to growing speculation of a cover-up – a masking of the true nature and extent of a grand plan that could eventually engulf the coastal strip from Mikhmoret, north of Netanya, all the way to Haifa.

Late last week, reports apparently substantiating such fears, indicated that the Ministry of Energy has invited bids amounting to hundreds of millions of shekels for building more gas processing plants in the area.

It is a deception, opponents say, that will come at the likely expense of the health, or even the lives of both Jewish and Arab Israeli citizens of the region.