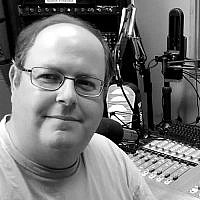 I HATE being in New Jersey on Yom Ha’atzmaut.

True, that’s where I’ve spent each of the 44 Yemei Ha’atzmaut in my lifetime. And before you start with the Jersey jokes…no, I have nothing against the Garden State.

But on this day of national pride, Israel is the center of our world… and no matter how hard we try, our celebrations just don’t come close here in the USA.

So what’s an Israeli wannabe to do on Yom Ha’atzmaut, thousands of miles from the nearest decent falafel joint?

We’ve living in an age where everyone needs to one-up the other with the biggest, the funniest, the most emotional, the most impressive, the most tear-inducing videos on YouTube, in honor of every big occasion or holiday in our lives. And that’s perfectly fine with me. I’ve been sitting in front of my computer all day, wearing blue and white, waving my Israeli flag, bawling all over my keyboard and getting ZERO work done… but doing my part, to feel a part, of Am Yisrael on this momentous occasion.

Why wait for your Uncle Shmulik to forward you the latest and greatest? For your convenience, here’s a roundup of my favorite musical masterpieces for Israel’s 70th.

Yes, I know you’ve watched this 100 times already. Watch it again. As the biggest and most inspiring video of the year, Koolulam has once again brought new meaning to words we’ve been singing forever. And veteran singer Shlomi Shabbat contributed just the right amount of soul into the project. What is it about 12,000 singers in one room that’s so darn inspiring? I dare you to watch without smiling.

Have you ever actually read Israel’s Declaration of Independence from May 14, 1948? On a day like today, I highly suggest you do so…or just listen to the brand new song by The Maccabeats.  The world’s most famous Jewish a capella group has written an original melody, brilliantly set to the words of David Ben Gurion’s fateful declaration to the world. Inspiring, moving, and perfect.

If you like Israeli music, you’ll LOVE this video! Israeli a capella group Quinta VaChetzi (Quinta and a Half) has masterfully pulled off, a la Pentatonix, an incredible walk down memory lane – featuring Israeli hits from the 1950s through today. Truly my favorite of the bunch, I didn’t want it to end!

It’s no longer 1979, and it’s time to take “Halleluyah” – one of Israel’s most beloved songs of all time – to a whole new level. Gali Atari, the song’s original singer, is joined by young Eden Ben-Zaken amidst a sea of blue and white, to freshen up the song for a new generation (complete with a brand new verse). You’ll find yourself singing along in no time.

Ready for a good old-fashioned “Hora”? The official song (and dance) for Israel’s 70th proves that Israeli dancing is alive and well. Yardena Arazi and Lior Narkis bring us a catchy song reminiscent of Israel’s old days, and judging by the reaction of Israeli dancers in videos from all over the world, the Israeli dance community is in love. Grab a partner and some comfortable shoes…and celebrate!

How can you not love these two? The adorable YouTube celebrities have already covered dozens of Israel’s most iconic songs as part of their weekly viral videos. This time, in honor of Israel’s 70th, they string together 14 of Israel’s greatest hits over the course of two minutes, with beautiful harmonies and great spirit. From “Have Nagila” to “Od Yavo Shalom Aleinu” and much more, you’re sure to enjoy the collection.

Netta is RED-HOT these days, and it’s hard not to love her. Our representative to Eurovision 2018 is simply unlike any musical act we’ve ever seen, and she’s a joy to watch. From her ingenious talent using that “looper” thingamabob, to her energy and sheer exuberance on stage, Netta is sure to remain a strong presence on the Israeli music scene for years to come. Her show-stopping Kaveret cover from the state ceremony at Har Hertzl is probably the most unusual performance ever featured at the tekes.

Before the day is through, take a moment to be inspired by the words of Israel’s national anthem. My radio listeners know all too well of my admiration for Shiri Maimon – in my humble opinion, one of the greatest voices in Israeli pop music today. Apparently, I’m not alone…as Shiri was recently selected to star in the Broadway production of “Chicago” in New York City, beginning this fall. The Whitney-Houston-1991-Super-Bowl-National-Anthem of Israel? That’s up for debate…but Shiri’s rendition of Hatikvah is powerful, meaningful, and beautiful. Watch with pride over 70 magical years.

Missed the El Al flight in time for the big day? Watch these videos and it will feel just like you’re sitting on the beach in Tel Aviv. Did I miss anything? Be sure to let me know in the comments!