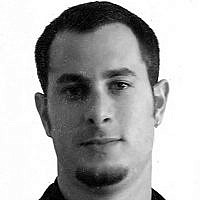 The Blogs
Ari Ingel
Apply for a Blog
Please note that the posts on The Blogs are contributed by third parties. The opinions, facts and any media content in them are presented solely by the authors, and neither The Times of Israel nor its partners assume any responsibility for them. Please contact us in case of abuse. In case of abuse,
Report this post. 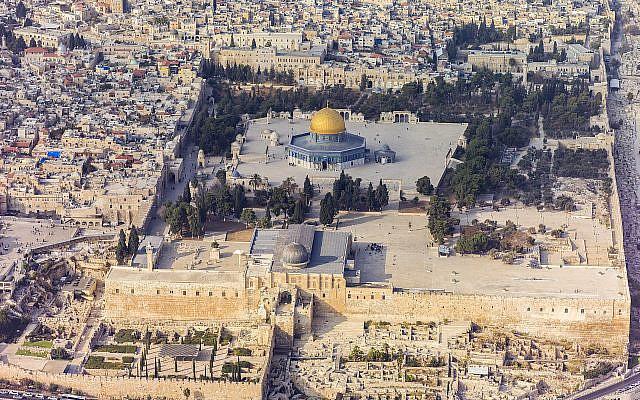 An explosion is caused when there is extreme pressure exerted, and there is no release valve. The only solution is the vigorous outward release of energy. That’s what happened with Geldingadalir, the world’s newest volcano that recently erupted in Iceland unexpectedly.

So was true with the recent explosion of violence between Israel and Hamas. There are only so many pressure points until the inevitable happens. A conflict this deep and long couldn’t sustain the buildup. It had to blow.

Israel just had their fourth election in two years, and Prime Minister Benjamin Netanyahu could not form a coalition. He also faces multiple charges of corruption. The opposition was handed an opportunity to form a governing coalition just as Hamas started attacking Israel. Coalition talks have collapsed, and it looks like Israel will be headed to a fifth election. While Netanyahu may not have directly triggered the recent violence, he has undoubtedly stoked tensions between the Palestinian and Jewish communities and benefited politically from this outbreak.

The area Arabs refer to as Sheikh Jarrah has been known for over two thousand years to Jews as Shimon Hatzadik. Jews purchased this land in 1875 during the Ottoman Empire days, and it was seized from them after the 1948 war when Jordan conquered the area. Jordan then allowed (but never transferred ownership to) several Arab families who fled Israel in 1948. After Israel took control of East Jerusalem in 1967, Israel passed a property law in 1970 that allowed Jewish families to reclaim lost property. However, the law only allows East Jerusalem residents to receive monetary compensation for properties they lost, based on the properties’ value on November 29, 1947.

Whether one supports the evictions or not, the Palestinians see this as the ongoing Judaization of all of Jerusalem, which is always an explosive issue on its own.

Palestinian President Abbas saw an opening as he was going to lose elections that he has refused to hold for over fifteen years and needed a way out. His solution was to incite violence against Israel by calling on people to riot in Jerusalem. His Fatah party were doing this for weeks before the Hamas rockets started landing in Israel. The tactic worked; elections were canceled, and nobody is talking about Palestinian Authority corruption and the cancellation of elections.

Jerusalem is regularly the fuse for any explosion of violence. Abbas fomented protests in Jerusalem led to a group of young Palestinians going around knocking out religious Jews and posting videos of it on social media. Israel also tried to prevent Palestinians from gathering at the Damascus Gate Plaza after nighttime prayers during Ramadan to avoid rioting, but this only inflamed tensions and led to more rioting. Israel eventually removed the barricades.

However, in response to these violent events, the ultra-right-wing Jewish group, Lehava, descended on Jerusalem to confront the Palestinian protestors. The Israeli police did a decent job of keeping the two sides apart, despite a few people from both sides getting beaten up severely.

These events were all compounded by multiple calendar issues this year that only heightened tensions. The first day of Ramadan fell on Israel’s Memorial Day, a very solemn day for Israelis. After the Jordanian custodians of the Temple Mount refused an Israeli request not to use the loudspeakers for prayers while Israeli President Rivlin gave a speech in the Western Wall Plaza below, Israel simply cut the cord to the loudspeaker.

This year Jerusalem Day, a day when Jews celebrate the reunification of Jerusalem in 1967, happened to come and the end of Ramadan, which often sees Arab protests, if not riots.

The Temple Mount was packed for the last Friday and Monday of Ramadan, and many Hamas flags were flying high.  Palestinian youths were ready for a fight and were stocked with rocks, bottles, and fireworks. They began throwing and shooting these at Israeli police and apparently down below onto Jews celebrating Jerusalem Day at the Wailing Wall.

Police moved in and put down the riots, some would say too heavy-handedly, others rightfully. Nonetheless, Palestinian fireworks that set fire to a tree on the Temple Mount made for a striking photo with Jews celebrating Jerusalem Day below.

When it comes to the Temple Mount, tensions are always high, and rationality is thrown out the window, being the holiest place on earth for Jews and the third holiest site for Muslims.

Enter Hamas. Current leader Yahya Sinwar almost lost internal Hamas elections in March. He was being pushed by members even more militant who opposed him pursuing a more pragmatic strategy concerning Israel the past few years. Hamas also wants to make sure it is always leading any violence (“resistance”). They began by fomenting increased violence in Jerusalem on the Temple Mount itself and then started launching missiles at Israel, including Jerusalem, with no care that they could kill their fellow Arab brothers and sisters.

Many see Sinwar’s decision to attack Israel right now as a response to him trying to keep power. Sending rockets into Jerusalem was especially seen as an egregious escalation, which crossed an Israeli red-line.

There were several other compounding factors as well.

Palestinian leaders in all factions have been feeling abandoned by the world and the Arab states as Israel began making peace with several Arab countries with the signing of the Abraham Accords. Arab-Israeli leader Mansoor Abbas and his Islamist party were about to be the first Arab party to be part of an Israeli governing coalition. Israel making peace with Arab countries is one thing, but this would have been devastating to Hamas and the Palestinian Authority, and a bridge too far.

Meanwhile, there has been unchecked violence in several Arab-Israeli cities by other Arabs, which saw massive protests against this violence and lack of policing to protect them from it the past few months.

When violence ensues in the Middle East, the hand of Iran is also never far.  Iran has been supplying Hamas and Islamic Jihad with weapons and funding for decades. Israel just assisted in the killing of Iran’s top military leader, Qasem Soleimani, their chief nuclear scientist, planted a bomb inside their main nuclear reactor, and regularly attacked Iranian military forces in Syria, Iraq, and at sea. Exacting revenge on Israel through their proxies is their modus operandi.

Lastly, while the Biden administration has been dealing with American domestic issues, they still have not assigned an ambassador to Israel yet. Not having a direct presence in the region hurt America’s ability to contain this pending explosion. Oh, and let’s not forget that we are in the middle of a pandemic.

Any one of these things in regular times could lite the match. All of it together? It was a California wildfire tinder box.  Avoiding an explosion of violence didn’t stand a chance, there had to be a release to the pressure, and we just saw what happens when it blows its lid.

About the Author
Ari Ingel is an international attorney, director of a non-profit and foreign policy analyst. Follow him on twitter at http://twitter.com/ogaride
Related Topics
Related Posts
Comments