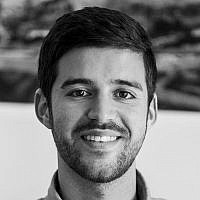 The Blogs
Jake Fichman
Government Media Advisor | CEO of Goldfish Marketing Agency
Apply for a Blog
Advertisement
Please note that the posts on The Blogs are contributed by third parties. The opinions, facts and any media content in them are presented solely by the authors, and neither The Times of Israel nor its partners assume any responsibility for them. Please contact us in case of abuse. In case of abuse,
Report this post. 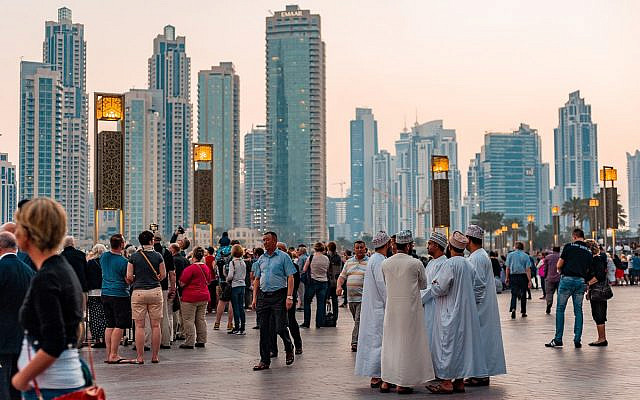 The Abraham Accords continue to make waves almost two years after they were signed in August 2020, but what have they actually achieved over the span of that time? What difference have they made to the Israeli business landscape?

The hype of the Abraham Accords

The value of the Abraham Accords reflects a core fact of business that is often overlooked when we talk about it: namely, that business can be an incredibly powerful equalizer. When different parties engage in business together successfully, it means that they help each other meet their respective goals and, as a result, grow bigger and more successful in spite of their differences. The very existence of the State of Israel had been a source of irreconcilable religious and political differences between Jewish Israelis and the Arab world, and it looked like that could have been the case forever. However, with the Abraham Accords, we now see more and more leaders from the Arab world setting aside their previously uncompromisingly anti-Zionist values for something bigger: a common good.

This month alone was historic in that regard because of the Negev Summit that just happened. Foreign Minister Yair Lapid welcomed his counterparts from the UAE, Bahrain, Morocco, and Egypt as well as US Secretary of State Anthony Blinken for two days to discuss the region’s shared interests in, of all places, Sde Boker–the home and burial site of Israel’s first prime minister, David Ben-Gurion. One can’t help thinking of what Ben-Gurion’s response would have been to these talks of improving the Middle Eastern region together on so many scores: security, agriculture, energy, and climate change. Just a week after the Summit, Israel and the UAE formulated a free-trade agreement with enormous potential for collaboration in all of the aforementioned areas. We know already that this is not just wishful thinking. We have already seen an unprecedented deal between Israel, the UAE, and Jordan with their “Electricity for Water” program. Israel and Jordan signed a trade/cooperation agreement in November 2021, sealing a deal in which Jordan committed to establishing a local solar energy farm to provide renewable energy for Israel in exchange for Israel using their water desalination plants to provide clean water to Jordan. Each party is using its local resources to provide for the other.

Of course, Israeli-Arab business cooperation does not only take place on such a macro, government-based scale, or with regard to natural resources. Dubai, like Tel Aviv, is a major commercial hub of innovation. Israel is often credited with having an indomitable entrepreneurial spirit (see also its nickname, “the start-up nation”), but I’d say that Dubai is just as much of a start-up city as Tel Aviv, having become its own oasis of tech in the Middle East. OurCrowd, the Israeli investment platform that made investing in venture capital firms accessible to different income levels, has a Dubai branch: OurCrowd Arabia. Following the success of the Abraham Accords, we see more and more Emirati businesses reaching out to Israeli firms for collaboration–my own firm included.

Does this monumental progress mean that Israeli-Arab relations will be smooth sailing from now on? Unfortunately, it does not. Although Iran has started to realize that the Accords are here to stay, their existence is still a sharp thorn in its side, with them accusing the countries embracing the Accords of betraying the Palestinian cause. Over the past few years, Iran has increasingly been breaching the boundaries of the nuclear deal that was established under the previous US administration in 2016. Iran has also barred the International Atomic Energy Agency (IAEA), the United Nations’ nuclear watchdog, from inspecting their nuclear facilities. Tasnim News, a private Iranian news agency that aligns with the Islamic Republic, has hinted at the potential security risk that Iran could pose to the smaller Arab countries that are normalizing ties with Israel. Despite the success of Erdogan’s recent meeting with President Herzog, the Turkish leader initially threatened to cut all Turkish diplomatic ties with the UAE and shut its embassy over the Accords.

Setting aside the highly complex intertwined geopolitics of the region, there are also other, culture-based differences to consider and overcome in order to forge (more) successful business endeavors. Dr. Sabah al-Binali, head of OurCrowd Arabia, is constantly mediating the contrasting business styles between Israeli and Emirati businesspeople.

“I know I’m generalizing here, but Israelis have a strong entrepreneurial spirit and are quick decision-makers, while in the UAE, you have good, long-term strategic thinking,” said al-Binali, adding, “If we can synergize this fast-decision-making entrepreneurial spirit with the thoughtful, strategic thinking, then it could be the best partnership in the world — it could be unbelievable.”


Israelis and internationals alike are here for these powerful intercultural partnerships. UAE firms, let’s see our nation’s small and large organizations work together!

About the Author
Jake Fichman serves as international Media Advisor to the Prime Minister's Office and is the Founder and CEO of Goldfish Marketing Agency in Israel. Originally from the USA, Jake specializes in international communications and strategic messaging.
Related Topics
Related Posts
Comments