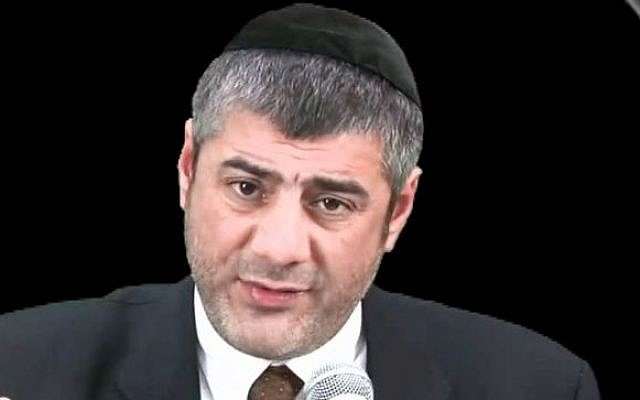 Israeli-American rabbi barred from entering the UK. Rabbi Yosef Mizrachi’s riled too many feathers, it seems.

This is a warning for too naive people not to buy wholesale what this self-styled rabbi says because building you Judaism on his lectures is building on quicksand. For warnings, you can use negative speech if you don’t inflate. I’ll only quote his own words so how could I exaggerate?

I’ve heard Rabbi Mizrachi. He’s a mixed bag. He’s helped many Jews to repent, which is meritorious beyond measure but his speech is not cautious. Once his followers discover that it’s not all so sound what he says, they could easily fall from their beliefs and be lost for Judaism forever.

On the one hand, many traditional rabbis seem annoyed with him out of jealousy and almost all are repulsed by his simplistic talk.

He’s a smart guy but he doesn’t use his brakes enough. His flippant conclusions are frequently flawed. That can’t be good. Judaism is not open to pick and choose. So, we can’t just listen to a supposedly Jewish lecture and only pick out what we like–if all is Torah. And that’s a problem with a speaker who peppers his regular conclusions with pop-Judaism and his own brilliance that are not carefully checked for mistakes.

Arrogance easily leads to fury. I found a recording where Mizrachi calls a Jew who once took his parking space worse than the arch-enemy of the Jewish People. How does a Jewish teacher speak like that?

You don’t need to believe me. Listen to what he says about homosexuality [among men] (a subject not listed by Wikipedia except for at its discussion page). I’ll just list all his mistakes and nonsense.

This all in seven-and-a-half minutes (one blunder per minute) without his audience uttering one squeak of objection.

You wouldn’t be surprised then that he said in a lecture that Rabbi Dweck (for details, click on the link) is “the greatest enemy of the Jews, should be considered banned forever, is a monster, a criminal, the most wicked person I ever met, a traitor of Jews to evil Gentiles, non-stop spreading evil speak about Jews on the Internet, preventing people to listen to my lectures that are really Torah, who never did anything positive in his life, just damaging people’s reputation, doesn’t keep Shabbat, never helped someone to repent, he stops the Messiah from coming.” In one breath, so to speak.

Now, listen to what one of my rabbis said about another rabbi who was caught in serious sins but who was claiming that my rabbi supports him. I asked, should you not denounce him? He said: You don’t kick someone when he’s down. And that was about someone who really sinned.

His pride is a nice contrast with Diaspora shame but the hallmark of a great rabbi is humility, not pride. That’s more damning in my opinion than that he never did the systematic humbling hard work of learning a lot of stuff and going to a rabbinic court to get recognized as a rabbi.

His sloppiness is typically Israeli. How does this guy maintain himself in the US? Maybe because most Jews there don’t speak Hebrew so well, they’re impressed with him anyway?

Being blocked from entering the UK, he easily could go on a lecture tour in Israel instead. I dare the Jewish State to bar him from a speaking tour here too. We already have plenty of rabbis in Israel to upset everyone.

Alternatively, someone should go to a lecture by him and directly afterward to the police to report hate speech. That should help. Not for nothing is he living in the US, a country where speech is unregulated.