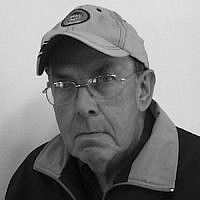 It has become an American tradition of recent times for the TV networks to show Cecil B. DeMille’s 1957 epic ‘The Ten Commandments”. After stuffing themselves on baked ham (very, very unkosher), trying to sedate chocolate bunny saturated children and trying to get in a religious mood-Hollywood style, this modern day ancient tradition is predictable. In today’s soon to be nuclear Iran times, predictability is comforting.

When I was a bright-eyed student in the 1950’s our parochial school took us and lots of other neat, uniformed well-behaved monsters to see this Biblical extravaganza. I still remember the event and with the most positive memories. DeMille had a sense of presentation and showmanship that ranks him with the greats. He knew how to create headlines for the production, get the press to write in glowing terms of the sets being built, the stars, the extras and just how monumental this thing was. He managed to get the Egyptian Army to help by being chariot drivers (this was just after Suez in 1956 and they needed some good press). He built cities, hired horses and extra-extras for the obligatory crowd scenes (no CGI even in the sci-fi novels); Spielberg and Lucas were in diapers. Still the movie is worth watching as an example of what most Americans envision when you say “Exodus” or “Passover”.

Charlton Heston aged as gracefully and manfully as Sean Connery has in real life. He was a young and vigorous Prince Moses, a sunburned and crotchety 40 to 80 year old shepherd Moses and a “mind your manners, you young whippersnapper Ramses, 80+ Prophet Moses. DeMille had made a 1923 version and it was silent. The 1956 color and hifi version was a color and sound silent film. The movements of the actors and actresses are exaggerated, and dramatic, only the presence of the words actually coming from their lips and the color makes it unique. It is a masterpiece.

My key scene in this movie is at the Red Sea. A grief-stricken Ramses overcomes his grief at the loss of his first born (one of at least 57 sons as history goes) and remembers the free labor has taken off for the boonies and we may have to actually work for a living if they don’t come back. He assembles his chariots (the Nasser-regime Egyptian Army, as the credits say) and he leads them out of the city at full gallop. The Hebrews are on their way to somewhere and up ahead is the Red Sea. In the distance Moses and General Joshua (John Derek , a very good character actor of the 50’s 60’s) see the dust cloud and realize something needs to be done fast. Whines, complaints and pleas for mercy go up and Moses stands on a rock and stretches his arms and staff. A violent blue- black cloud forms and divides the equally blue- black waters. Moses commands the people into the path that has opened up with walls of water on either side. General Joshua and his band of “slave-to-warrior in 90 days” men form a heroic rear guard. Walkers, ox carts, old ones and children, flocks of geese and all the escapees flow onto the other side. Ramses declares he will not lower himself by slaughtering the drivel “This is work for a butcher, not a Pharaoh” he says. Obediently the next in line leads the chariots into the lane of water walls. The cloud releases the tsunami and crashing, crushing walls of water descend on the chariots. I always felt bad for the horses.

Today the route and even the veracity of the event of the Exodus are disputed by some revisionist archaeologists. Some amateur adventurer/ archaeologists claim to have found chariot wheel relics at the depths of the Red Sea. Others claim to have found the actual Mt. Sinai (even this landmark is in dispute) in Saudi Arabia and they claim the Saudis have placed this area off-limits. But still solid physical evidence has evaded us. But “absence of evidence is not evidence of absence”. The entire route is in a genuine wilderness of rock, scattered wadis and areas still best left to the Bedouin. The Hebrews were now nomads and nomads don’t leave tracks. There have been no “Moses was here” graffiti yet discovered. But the more you revise history the less credible it becomes. So far, the original premise of a large group of peoples, Hebrews and others who chose to leave with them, being released from a second class citizen status to go elsewhere is the most logical. After all estimates place the overall number of escapees at the millions and Egypt was relieved to have that amount of potential revolutionaries gone.

Since the Exodus about 3,500 years ago Israel has been threatened with extinction so many times it’s hard to keep count. Ramses to Nebuchadnezzar, Haman to Hitler: they all tried and failed. So what’s a couple of Ayatollahs and Mullahs got to put into the game? This last weekend the dual celebrations of Passover and Easter united two faiths with common roots. It is fair to say that support for Israel and its existence are stronger than ever from America’s Christian community. The failure of a failed Obama regime to influence Israel’s elections and an agreement that even the Administration admits will allow Tehran to build nuclear weapons is being roundly criticized. This agreement  also is timed conveniently to technically last long enough for Obama and his cronies to be safely bunkered, provided for and safe from the price of their dealings. As more details surface the bigger the holes in the Swiss cheese agreement from Lausanne become, Israel will be inconveniently right as usual. President Obama admits that Iran will develop a nuclear weapon inevitably, just after he is comfortably and safely retired.

As Yemen becomes a more active scene of fighting and overt Iranian presence, two Iranian warships have been deployed to the area and the US Fifth Fleet has a strong presence there. Saudi Arabia and the Gulf States are taking decisive action as well. The Red Sea once again becomes a wall of water ready to part or descend on Israel’s enemies. Either a provocation or confrontation seems to be in the Iranian Navy’s plans.

American Christians are increasingly vocal and active in their support for Israel. CUFI, AIPAC, numerous “friends of” social media pages, local congregations, Evangelicals and the more recently Messianics all work daily to contradict the maneuvers of the White House and Tehran. Mainstream media in America is seeing its influence wain and alternative media is overwhelming them with good old fashioned journalism.

History and Biblical prophecy are clearly on Israel’s side. Tehran, the Ayatollahs and the Iraq-Syria-Yemen Caliphate Jihadists are clearly destined for eventual defeat and failure. The ascendancy of a group of radical Islamic sects has been frightening to most of a civilized and unfortunately secular world. Depending upon agreements and the word of those sworn to use any means to defeat infidels is foolhardy to say the least. Israel and its friends and new allies can depend on true people of faith to support them, no matter what their current leaders in the signatory nations say. Leaders come and go, faith springs eternal. Israel has faced many Red Seas and will once again travel through walls of angry waters to safety. And this time many of us will walk with them, we know who is to be trusted. I’ll follow Charlton Heston and Bibi Netanyahu any time.