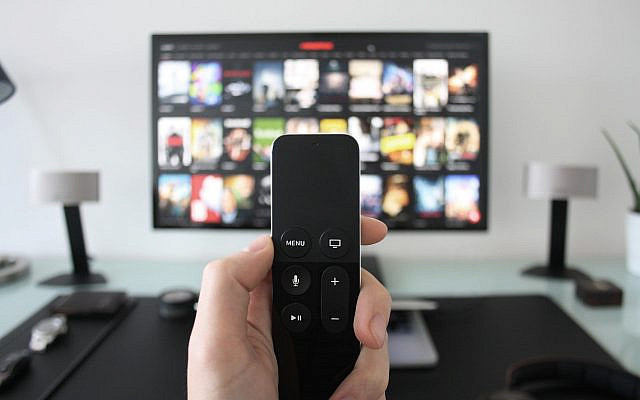 Reaching across the ocean to bring Israeli culture into your home has never been easier. If “dinner and a show” is your idea of a great evening, then check out the experiences you can create right in your own living room. Can’t get to Israel this winter? Well, thanks to Israel’s flourishing television industry and prolific cookbook authors, you can bring Israel’s stories and flavors right to your door.

Let’s start with TV. Israelis are multiethnic and diverse, with a million stories to tell. Put those stories in the hands of talented writers. Cast compelling actors and actresses to bring the stories to life. Then add English subtitles and stream the shows worldwide. The result is a platform teeming with original, riveting, and totally binge-worthy programs.

What Israel is exporting on the small screen is more than just entertainment. It is a window into the Israeli zeitgeist. The shows are a powerful conduit for the stories Israelis tell about themselves and their world, vehicles for revealing truths about Israeli life.

Our cold, dark Minnesota winter is the perfect time to settle in for evenings of “dinner and a show,” Israeli style.

Here are the shows my husband and I have seen, the shows we plan to see (it’s a loooong winter), and the delicious Israeli dishes we are savoring.

Here’s hoping one of the streaming networks will pick up Avodah Aravit (Arab Labor).

Ditch the store-bought hummus and pita chips for these dishes that will fill body and soul with Israel’s exuberant flavors.

I hope trying these recipes will inspire you to get acquainted with some extraordinary Israeli chefs and add their cookbooks to your kitchen. 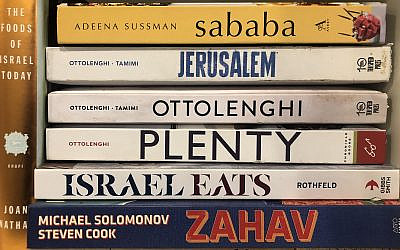 Here’s where I go for cooking inspiration!
Photo: Sally Abrams

Oven-Roasted Chicken with Clementines and Arak

While there is no substitute for spending time in Israel, there are meaningful ways to shrink the distance between visits. How fortunate we are to live at a time when we can easily “bring Israel home,” nurturing and strengthening our connection to the land we love.

Thank you to my colleagues Eilat Harel and Holly Brod Farber for their smart and helpful insights.

About the Author
Sally Abrams co-directs the Speakers Bureau of the Jewish Community Relations Council of Minnesota and the Dakotas. She has presented the program “Israel and the Middle East: the Challenge of Peace” at hundreds of churches, schools and civic groups throughout the Twin Cities and beyond. A resident of suburban Minneapolis, Sally speaks fluent Hebrew, is wild about the recipes of Yotam Ottolenghi, the music of Idan Raichel, and is always planning her next trip to Israel. Visit: sallygabrams.com
Related Topics
Related Posts
Comments