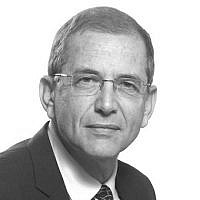 The Blogs
Udi Dekel
Apply for a Blog
Please note that the posts on The Blogs are contributed by third parties. The opinions, facts and any media content in them are presented solely by the authors, and neither The Times of Israel nor its partners assume any responsibility for them. Please contact us in case of abuse. In case of abuse,
Report this post. 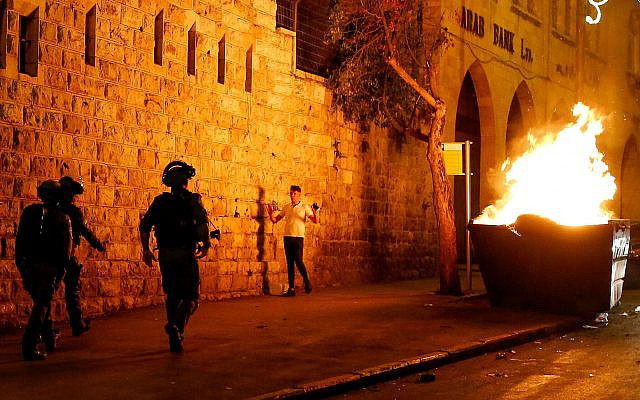 Well before the Sheikh Jarrah dispute erupted, Hamas was prepared to launch rocket attacks from the Gaza Strip, including toward Jerusalem. Its goal was to tie the Gaza Strip to al-Aqsa (the Temple Mount) in the hearts and minds of the Palestinians and the wider Arab world. As Hamas leader Ismail Haniyeh proclaimed, “The equation that connects the Gaza Strip with Jerusalem is strong.” The fire toward Israel’s capital specifically on Israel’s Jerusalem Day was intended to establish that equation and cast Hamas as “the defender of al-Aqsa.”

Thus far, Hamas’s achievements are numerous. The terror group issued an ultimatum and delivered on the threat, notably with its opening assault on Jerusalem and the rocket salvos targeting central Israel. It assumed the mantle of defender of al-Aqsa and Jerusalem. It incited and ignited violence by young Arab citizens of Israel in cities where Jews and Arabs live side by side.

It managed to keep Israel’s annual Jerusalem Day Flag Parade from marching through the Damascus Gate and prevent the ascent of Jews to the Temple Mount. In the process, it scuttled any chance the Israeli Islamic party Ra’am would help form an Israeli government and touched off a wave of condemnation of Israel in the Arab world and the international community.

In short, Hamas has defined the rules of the game against Israel.

Hamas’s assessment of the situation and its calculations regarding the consequences of its aggressive activities are based on two intertwined assumptions: one, that Israel’s response to rocket launches will be measured and “proportionate,” that is to say relatively moderate, in part due to its current political instability; and two, that Israel prefers a limited number of days of combat (the concept of “battle days,” a common term in the security establishment), which would be followed by calm.

Israel must therefore shatter the assumptions that drive Hamas’s policies and activities. It must start by recognizing how the current escalation lays bare the problematic nature of Israel’s dealings with Hamas. Israel’s acquiescence to the transfer of money from Qatar to the Strip provides relief for residents of the Gaza Strip. But it also enables Hamas to strengthen its control and terror-military power and adopt a hard line while weakening the Palestinian Authority, inter alia, by undermining its status as a partner for a deal with Israel.

Especially in light of the current round of escalation, Israel must respond strongly to Hamas and its infrastructure in the Gaza Strip, and make clear it will not allow the organization to determine the rules of the game, even if a powerful attack causes Hamas to continue firing rockets, including at central Israel, which would inevitably prolong the duration of the campaign.

In order to separate the fighting with Hamas from the unrest in Jerusalem, the general religious-Islamic fervor in the capital must be reduced, and in particular with the end of Ramadan and the days of Eid al-Fitr. In this context, steps must be taken to reduce the friction between the Israeli police and young Arabs in Israeli cities. The leadership of the Arab public in Israel must be mobilized to calm and restrain the extremists.

At the same time, extremist Jewish elements must be neutralized, those who support “price tag” revenge attacks and those who seek friction in order to set the region on fire. The West Bank must be kept out of the escalation cycle through security coordination with the Palestinian Authority and through the granting of permits and relief.

Hamas’s brazenness and our inability to understand its rationale illustrate why Israel should strive for a stable long term settlement in Gaza that is not based on blackmail and actual strengthening of Hamas, but on strengthening the Palestinian Authority. In Gaza, dependence on Qatari money has been shown not to be a stable long-term solution. It is better to find other tools to restrain Hamas and allow normal life for the population of Gaza Strip.

About the Author
Brig. Gen. (res.) Dekel Udi Dekel is the managing director of INSS, was head of the negotiations team with the Palestinians in the Annapolis process under the Olmert government.
Related Topics
Related Posts
Comments