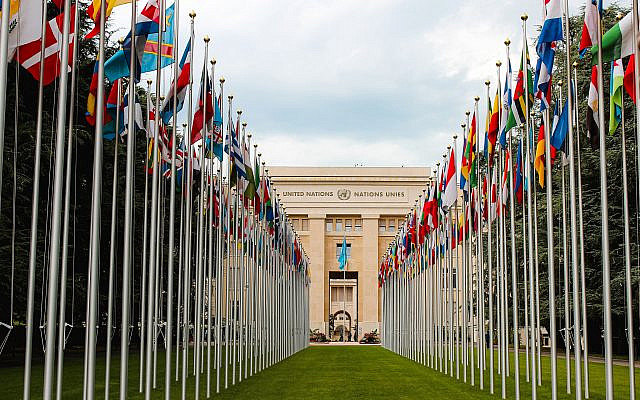 Time for Israel to launch a new foreign policy doctrine

Last week’s series of summits between world leaders made clear that today’s instruments of power are primarily digital. While nuclear weapons continue to concern us in Israel, today’s great powers are much more concerned about the use of cyberweapons to disrupt infrastructure and sow chaos in domestic operations than they are about traditional weapons. Which is why now is the time for Israel to shed the shadow of its traditional client-state foreign policy mentality and offer to join the great power table as a digital superpower.

War, as is recognized, is diplomacy by other means. Digital offensive capabilities (‘cyberweapons’) give nation-states the ability to conduct diplomacy with the other nation’s infrastructure hanging in the balance. As humanity’s daily life becomes more digitally controlled, the importance of cyberweapons and cyber defense will grow even further.

The effect of this transformation will be a complete transformation of the dynamics of international power: more and more we will see an equivalence between the Digital Empires and Great Powers that hadn’t existed when war was primarily a physical confrontation. Amazon, Google, Facebook, Apple, Tencent, Alibaba do not have armies of foot soldiers, but they do have more access to more information and to more cyber capabilities than any nation-state on the planet. Other than, perhaps, Israel.

Israel is unique: by 20th century measures it is no more than a regional power, but by 21st century standards Israel is a global superpower.

Israel is unique: by 20th-century measures it is no more than a regional power, but by 21st century standards Israel is a global superpower. Israel has been developing its cyber capabilities for generations. It leads the world in cybersecurity company formation, in digital tool proliferation, in real-world cyber capability experimentation. As Israel has risen to the top of the world’s cyber-capable countries, its ability to project power is nearly unparalleled. Israel needs a foreign policy that reflects this new geostrategic environment.

By owning our identity as a digital superpower, Israel has the opportunity to flip the current diplomatic balance: instead of Israel thinking of itself as a small country with the world against it, Israel can become the leader of the digitally free world. Because if Data is the new Oil, Israel is uniquely positioned to protect that data and ensure its free, democratic flow.

Crucially, the shift from traditional projections of power to digital power is occurring at a time of Chinese-American conflict and contest, one Israel is being drawn into against its will. America is in decline, too conflicted domestically to behave coherently abroad. China may win the traditional power contest: it is now the manufacturing center of the world, holding the world’s need for physical goods in the palm of its hand.

With its Belt-and-Road initiative, China is seeking to project power externally, to further the worlds’ dependency on its sourcing and manufacturing prowess. This has been perceived by the non-powers who make up the majority of nation-states as ominous overreach. The emerging world, where birth rates are high while older Northern countries shrink, is frightened by China’s offered Faustian bargain and seeks a way to defend itself from total domination.

Countries seeking to protect themselves and ensure successful diplomatic efforts with their neighbors will line up for Israel’s support if Israel were to offer its protective cyber umbrella. That protection, of course, will be expected to be rewarded: a flipping of the power balance at the UN and other international agencies, an opening of markets, new alliances and opportunities for Israel’s citizens.

Once Israel emerges as a digital superpower, it will be able to conduct an aggressive international campaign to build a network of States who seek to remain non-aligned in the coming digital wars.

Once Israel emerges as a digital superpower, it will be able to conduct an aggressive international campaign to build a network of States who seek to remain non-aligned in the coming digital wars. These new allies will be given the opportunity to benefit from a robust cyberinfrastructure that can be maintained in part or supported through advisors acting with the full capabilities of those deployed by the State of Israel.

Just as the Arrow and Green Pine system helped us build alliances through the sharing of defensive capabilities, cyberdefenses will open far more doors than we can imagine. Because while an Arrow missile costs tens of thousands of dollars, good code is replicable, managed at a distance, and can be engineered for vast scalability.

Developing the foreign policy of Israel as a digital superpower will require a reframing of our relationships with our existing allies. For example, Israel should reframe its relationship with the US defense establishment as one of fair trade and not international aid. Israel should re-engage NATO with an offer to join as a member to strengthen NATO’s digital defense capacity against encroachments by Russian hackers and Chinese special units.

Israel could re-engage the United Nations in offering its expertise in good data governance structures for cybersecurity, and set up an international working group on how to ensure digital sovereignty in an age of increased centralization of digital services.

A foreign policy built around Israel’s place as a digital superpower will end the narrative that is often used against Israel that it is no more than a client state of the west.

A foreign policy built around Israel’s place as a digital superpower will end the narrative that is often used against Israel that it is no more than a client state of the west. It allows us to reintroduce ourselves to the world as a people whose only natural resource is the spirit in our chests and the brains in our heads. A foreign policy recognizing our digital superpowerhood gives us as the ancient people of the book an upgrade and how we think about the nature of the word we were put here to share.

To take an Abrahamic view of Israel’s role in the world, this is our chance to emerge into a position of world leadership, enabling emerging nations to benefit from our hard-won wisdom. By providing defensive and not offensive capabilities we enable these countries to protect themselves from the encroaching digital colonialism and give them space to be able to develop local capacity. By providing these countries entry into Israel’s educational programs associated with technological innovation, and by setting up local institutions across the emerging world focused on technology innovation, we enable these emerging countries to join and benefit from Israel’s digital superpower umbrella. Our light can be transmitted by fiber-optic cable from Zion to all nations who seek freedom.