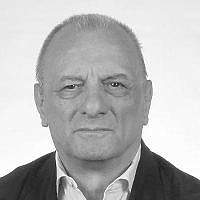 There is now hardly any question that the Biden administration has it in for the Jewish state.

Consider, as folks in Gaza City, Ramallah and Tehran certainly have, a couple of the Biden hires.

Of Robert Malley, Biden’s Iran envoy, Ben Rhodes Barack Obama’s former architect of foreign policy, who had expressed praise at the idea of dismantling Israel as a Jewish state, commented: “There’s literally no one better to pursue diplomacy with Iran than Rob Malley. ” Said a senior Israeli official: “Nowhere…does Malley say the goal is to prevent Iran from getting nuclear weapons. Nowhere does he accuse the Iranians of any bad behavior… Nowhere does he talk about the importance of consultations with American allies in the region.”

Malley claimed Israel was responsible for the failure of the Israeli-Palestinian peace deal at Camp David in the summer of 2000. Clinton officials had said the talks collapsed when the Palestinians walked away from a generous Israeli proposal.

Israel’s enemies understand that Joe has given them the green light, have taken note of his determination to help outspoken Israel foe Iran obtain nuclear weapons.

Ever Israel-hostile J Street got the message that times have changed. Palestinian president Mahmoud Abbas was invited to address the J Street national conference that took place virtually 18-19 April 2021.

A few days later 23 April there was Arab rioting in Jerusalem.

Coincidence? April 12 to May 12 is the month for Ramadan.

The Jerusalem Post’s Herb Keinon has pointed out that while in Bangladesh, Iran and Lebanon “the number of attacks during Ramadan is over 50% lower than during non-Ramadan days, in Israel it’s over 200% higher.”

Next day in the early morning of Shabbat 24 April what were described as armed groups in the Gaza Strip fired three dozen rockets into Israel. Hamas called for attacks on Israel over Jerusalem unrest. The barrages were considered the worst assault from Strip in many months.

The rocket-fire continued for a second day.

25 April Fatah rebroadcast a video of Mahmoud Abbas calling Palestinians to “defend Jerusalem with our lives” that had been first broadcast numerous times in 2014 as signal to Palestinians that the PA leadership supported terror attacks.

To maintain the illusion of a functioning Palestinian democracy Abbas has been prodded by the EU to hold elections, the last having taken place fifteen years ago. According to a 15 January 2021 decree there was to be a Palestinian legislative council vote on 22 May 2021, the presidential vote on 31 July 2021. The legislative council election was supposed to be held in the areas administered by the Palestinian Authority. However fearing election defeat Abbas, slippery rajul that he is, has made demands he hoped Israel would reject so that the election might be called off: that imprisoned terrorists as well as residents of Jerusalem be permitted to cast ballots.

Add to the mix the difficulty, after four elections, democratic Israel is having assembling a working government.

White House spokeswoman Jen Psaki said at a press briefing on Friday that the Israeli security delegation due to visit Washington Monday 26 April will not change the Biden administration’s position on rejoining the 2015 Iran nuclear deal.

An American president offering strong support for the Israeli nation in this time of difficulty would be a stabilizing ingredient in the region.

Not this American president.

There seem to be folks sitting at desks in D.C. who believe the Middle East if not the entire world would be a far better place without a Jewish state who have gotten President Biden’s ear. For them Bibi is not and never has been the issue. Biden is unlikely to pay less attention to those folks in the event that someone other than Bibi becomes Israel’s prime minister.