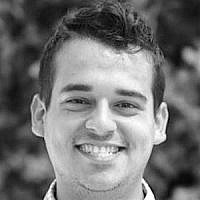 Hot days coupled with the random magical breezes that blow through Jerusalem… a young chef-in-training named Moshe walks along the small shops in Machane Yehuda with his dad. Gathering ingredients for their favorite tradition, spending all day Friday cooking with each other, Moshe and his dad bond while experiencing the flavors of an eternal city. Shop to shop, flavor to flavor, all of these memories vastly contributed to, and continue to affect Moshe’s creative palate.

During three challenging years in the Israeli Defense Forces, Moshe never lost his love for food, his passion for cooking, and his passion for understanding his culture through the many tastes, textures, and flavors. 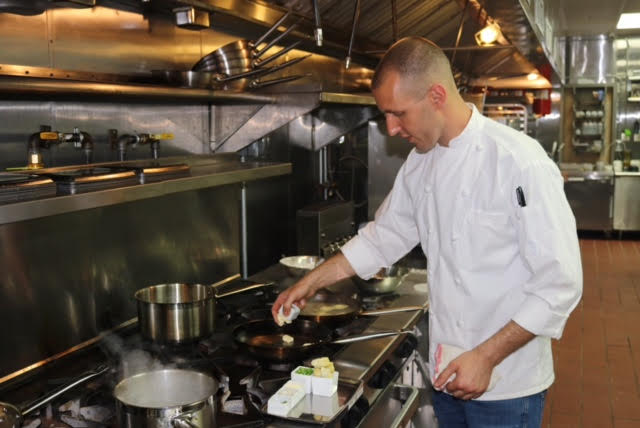 Chef Moshe in his kitchen at Sixty5 on Main in Nyack

Moshe is currently the executive chef at Sixty5 on Main, a restaurant in Nyack, New York, steps away from the Hudson River. Every weekend, local musicians help create a welcoming atmosphere, with live music paired with the beautiful dishes. Loved by locals and tourists alike, Moshe’s food is as much art as it is tasty. He deconstructs dishes from many different countries and creates new ones. Take his tuna crudo, for example a traditionally Italian dish featuring freshly sliced raw fish infused with lemon juice. But Moshe adds his own take on it with pickled lemon and orange wedges; then he adds labneh, a Middle Eastern purified yoghurt that reminds him of his days growing up in Israel. He tops off the dish with snow peas and flakes (yes, flakes) of sea salt to give the plate a bit of a crunch. This is just one of the many instances when continental cuisine is given a Mediterranean flair at Sixty5. Imagine such an experience: a restaurant with three different dining rooms (a library room, a cave, and the main performance room), live music, and Moshe’s cuisine.

Before Sixty5 on Main, Moshe worked at the famous, Michelin-starred restaurant, Oceana in New York City. Moshe makes the image of a young Israeli boy designing dishes with shellfish and oysters seem natural. He worked as a sous-chef, but found that it often curtailed his creativity. The opening of Sixty5 on Main gave Moshe the chance to use his own vision and create his own menu. He carefully takes into account seasonal foods that are locally sourced from farmers’ markets in upstate New York and neighboring Bergen County, New Jersey, and he adjusts his specials accordingly. 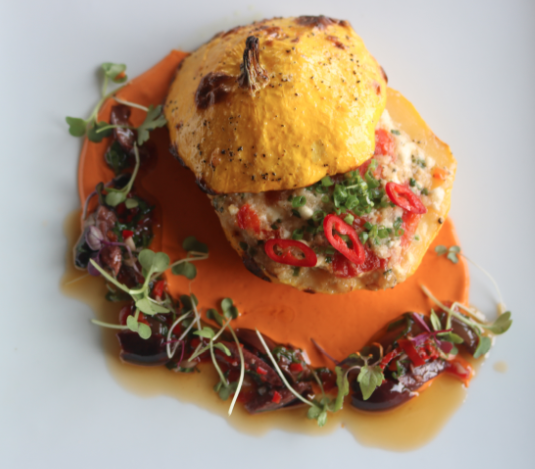 I had the opportunity to go there a few weeks ago, and I walked through the farmers market with Moshe. He selected a few small squashes, and we walked back to the restaurant together. Within a half hour, sitting on a plate was a beautifully presented stuffed squash with feta cheese, chives, red bell pepper, and parsley, drizzled with olive oil. It tasted as good as it looked, and it made me so happy to know that I was eating something grown only a few miles away from Sixty5.

Since the grand opening of Sixty5 on Main, Moshe Grundman has been featured in media celebrating his food and the rustic and warm look and feel of the establishment.  I expect more good meals and great vibes from Sixty5 on Main, and plan to bring my friends to this new, unique and fun space.