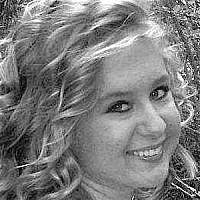 The Blogs
Allison Barksdale
Apply for a Blog
Advertisement
Please note that the posts on The Blogs are contributed by third parties. The opinions, facts and any media content in them are presented solely by the authors, and neither The Times of Israel nor its partners assume any responsibility for them. Please contact us in case of abuse. In case of abuse,
Report this post.

In these countries where quality education is arguably held in high regard, Chinese and Korean children may indeed reap the benefits of this novel Israeli-born early learning program. Likewise, their parents may soon see their at-home interactions with their children enriched in a whole new way.

Although the program has its roots in Israel, HIPPY and HIPPY-inspired programs can now be found in countries such as Argentina, Australia, Austria, Canada, Germany, Liberia, New Zealand, United States, Holland, Finland, Denmark, Turkey and Sweden.

In the article, Israel21c reported that:

However, the article further stated that in these two Asian countries, the program will not necessarily target poverty-stricken children:

“In these Far East countries, the HIPPY model was expanded and transformed to better serve upper- and middle-class populations. Professional teachers will train the parents, and the goal is to bring the children to a higher level of academic success.”

In the article, HIPPY International director Miriam Westheimer told Israel 21c about how this will be the first time that HIPPY is targeted at a highly educated consumer:

“HIPPY has been steadily growing worldwide over the last 10 years. South Korea and China are the first programs in Asia where we will be adapting the core program model for a very different and more highly educated consumer,”

“Parents are encouraged to build on the information in the activities in order to generalize the learning in all areas of their children’s lives.”

The HIPPY curriculum consists of materials like storybooks, activity books, as well as scissors, crayons and geometric shapes.

Furthermore, HIPPY’s website describes one of the main goals of its curriculum and how it is designed to foster vital school readiness skills.

It will surely be difficult to deny that the talents of Israelis and, in particular, Israeli education professionals, will inevitably benefit the world and will certainly bless these Asian countries with this innovative early-learning program. Perhaps this is best summarized in HIPPY’s principles:

“Four decades have brought many changes within HIPPY and the birth of a variety of programs to meet the needs of Israel’s dynamically changing society. All of these programs share the original and enduring HIPPY principle, that parents and positive parent-child interactions play a key role in children’s learning and ability to realize their potential.”

The original founder of HIPPY, Avima D. Lombard, boldly characterized her vision of the ideal parent-child educational mentorship and her vision behind founding HIPPY:

“One thing is clear. Parents care and, given the opportunity, parents are ready to invest in their children’s education. Our work with HIPPY is designed to make that possible.”

About the Author
Allison Barksdale is a senior convergence journalism major at Abilene Christian who has a heart for Israel and enjoys about Israel's numerous contributions in her spare time.
Related Topics
Related Posts
Comments