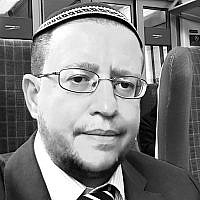 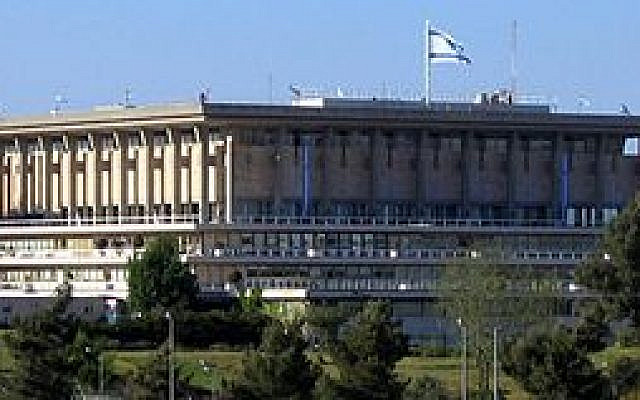 Israeli politics no longer has what is called the ‘Left’. In truth, the Israeli Left has been declining for a while. Both Avodah and Meretz, its most iconic figures, have become increasingly unpopular even in their traditional strongholds. Centrist forces took over where the support for the Left receded. In November 2022 election, the Left was almost obliterated. The state of the Israeli Knesset today can be best described as the metaphorical fifty shades of Right. For a demographer, this is a highly predictable outcome. Perhaps inevitable. Furthermore, Israel is expected to have more of the same, and a further right-ward drift, in the medium-term future. How so? Because of what Israeli Jewish population looks like in religious terms and in its fundamental ethos. Israel’s past difficulties in creating a stable coalition are an optical illusion of sorts. These difficulties are a transient result of the manifold, competing and conflicting, agendas within the Right itself, otherwise united by some basic principle.

What is this uniting principle? It is a belief in Jewish ownership over the Land of Israel. As simple as that. The whole Right agrees on that very thing while maintaining a wide spectrum of opinion on all other matters, including, but not limited to, the LGBT rights and public transport on Shabbat. Further, this view is as close to consensual as it gets in the Israeli Jewish public in general. ‘Some people believe God gave the land of Israel to the Jewish people. Other people do not believe this is literally true. Which comes closer to your view?’-such was the question asked in a survey conducted by the Pew Research Centre in Israel about seven years ago. 100% of the haredi, 98% of the religious non-haredi, 85% of the Jews identifying as traditional and 31% of secular Jews said in response that they believed that God indeed gave the Land of Israel to Jews. Looking closer at the responses provided by the secular Jews: only 19% affirmed that they did not believe the presented statement to be actually true, the rest (about 50%) said that they did not believe in God or refused to give an answer.

The survey did not explore whether secular Israelis held their own, non-divine or less divine, version of Jewish ownership over the Land of Israel. Parenthetically, secular Jews in Israel are an interesting crowd: about one third of them eat only kosher food at home and fast on Yom Kippur, which, from the perspective of the unsuspecting external observer, may qualify them as ‘traditional’. We cannot argue with their self-identification as ‘secular’; that is their voluntarily chosen label, but let us remember that, building on the Hebrew turn of speech, there are secular and there are secular. In other words, some secular are less secular than the title suggests. Let this be part of the background for now.

More importantly, other politically visible issues related to the place of religion in public life command no consensus at the level that Jewish ownership over the Land of Israel does. Take shutting down public transport on Shabbat. There is no singularity of opinion on that within the religious circles: shutting down public transport completely is supported by 96% of the haredi, 85% of the religious non-haredi and only 44% of the traditional Jews. Just 6% of secular Jews support this measure-that is really where the religious/secular divide is present. Allowing women to pray out loud at the Western Wall is even less consensual among the religious: it is a measure opposed by 81% of the haredi, 66% of the religious non-haredi, 48% of the traditional Jewish and 35% of secular Jews. In short, belief in Jewish ownership over the Land of Israel stands out in centrality: it is pretty much unanimous in the religious circles and has a significant appeal in the secular circles. How is politics supposed to look in a society driven by religious ideas and tradition to the extent described?

At this moment, critical readers will be justified in asking: wait, we get it, belief in the divine promise rules, but are you not understating the importance of the secular element in Jewish Israel? First, only a minority of the secular crowd subscribe to the divine promise but then also-is it not a sizable segment of Israel in and of itself? Well, here is the thing: the notions of big and small, sizable and minuscule only have meaning when put in comparison. And compared to Europe and the West more generally, Israel is a religious society, on the whole.

For sure, the secular component of Jewish Israel exists, it is just not as dominant numerically and, as a consequence, politically as secular components of European societies tend to be. At the very least, Jewish Israel can be characterized as a deeply traditional society, and more so today than at any point since the establishment of the modern State of Israel. This has happened because strongly religious segments among Jews are more fertile than non-religious segments and, as generations go on, religious segments tend to increase their proportionate shares in the society. The ‘religious segments’ include the haredi (whose growth has been well documented) but not just them. The national-religious, the national-haredi (hardalim), the traditional Jews of all shades are, on average, more fertile than the secular Jews. Research conducted in the Central Bureau of Statistics indicates that an average haredi woman in Israel is expected to have 6-7 children in her lifetime, an average religious non-haredi woman is likely to end up with 4 children and an average secular woman would probably have two or three. It is easy to see how demography can transform the religious composition of the society, and in a relatively short timeframe. In the toy example given, the generation of mothers has equal shares of haredi (33%), religious non-haredi (33%) and secular (33%). In children’s generation the relationship is 50% haredi, 30% religious non-haredi and 20% secular. And so, the proportionate shares of the religious segments in Israel have been increasing and are bound to increase further. That, in turn, has worked to strengthen political agendas dear to the hearts of the religious and will continue to do so. That also means that the medium-term future of the Israeli political map is the large and multipolar Right, alongside the nearly-complete absence of Left.

Let us see just how exactly Israeli Jews compare to other nations and also to the Jewish communities in the Diaspora in terms of religiosity. Responding to the above-mentioned survey by the Pew Research Centre, 27% of adult Israeli Jews said that they attend a synagogue at least once a week. Regular participation in worship is a strong marker of religiosity and, importantly, highly comparable across populations with different religions. As it happens, Israeli Jewish levels of religiosity appear very high in relative terms. In Europe, with very few exceptions, 5%-15% of the population attend a church weekly. This applies also to segments of the European societies explicitly identifying as Christians: on the whole, self-identified European Christians are not enthusiastic worshippers. There are European countries where churches are established centres of the social as well as religious life (like Italy), and it is there that the church attendance levels resemble those observed in Israel. And then there is the USA, with its landscape critically shaped by evangelical Christianity- there too church attendance levels resemble those seen in Israel.

Israeli Jews are also very religious compared to the Jewish Diaspora. A recent study conducted by the Institute for Jewish Policy Research, highlighted these differences: whilst about 50% of Israeli Jews identify as religious, traditional or conservative, about 40% of European Jews and only about 30% of American Jews identify as such. Would it surprise you then that the most eloquent, bitter, desperate, pained, puzzled responses to the consolidation of the Right power in Israel are likely to be penned in the Diaspora, and, in particular, across the Atlantic? It should not surprise you. The concept of Jewish ownership of the Land of Israel is not baked into their demography as firmly as it is baked into the demography of the Jewish Israel. That too will change. Across the Jewish Diaspora, just like in Israel, religious women have more children than their non-religious counterparts, and so desecularisation by demography is on its way. The wheels of demography grind slowly, but they grind….

About the Author
The author is a demographer and a statistician, born in the USSR - a world that no longer exists - and educated in Israel and Britain. The author holds a PhD in Social Statistics and Demography. To date he has served in senior analytical roles in the Central Bureau of Statistics (Israel) and RAND Europe (Cambridge, UK). He is currently a Senior Research Fellow at the Institute for Jewish Policy Research (London, UK). He has published widely on Jewish , Israeli and European demography and social statistics. The author's favourite topics are demographic and social puzzles involving Jews and people that surround them-why do Jews live so long? why do Muslim Arabs in Israel have so many children? why do women-globally- live longer than men? Is there a link between the classic old-fashioned antisemitism and today's antizionism? These are just a few examples of questions that motivated some of his work and on which he has written extensively. Dr Daniel Staetsky is an owner of the website 'Jewish World in Data' which is a unique depository of data and factual commentary in Jewish demography and statistics.
Related Topics
Related Posts