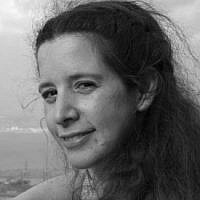 The Blogs
Dorit Rubinstein Reiss
Apply for a Blog
Please note that the posts on The Blogs are contributed by third parties. The opinions, facts and any media content in them are presented solely by the authors, and neither The Times of Israel nor its partners assume any responsibility for them. Please contact us in case of abuse. In case of abuse,
Report this post.

In the past year, an abnormally large number of measles cases, most in the unvaccinated, drew attention to the problem of non-vaccinating in Israel. An especially visible incident occurred when an unvaccinated three-year-old with measles exposed over 80 child cancer patients.

The Israeli response included call for legislation that would bar unvaccinated children from school or preschool, and a private initiative by private daycares and kindergartens to only accept vaccinated children.

During the week of August 26 and 31, two Knesset members – Yoel Hasson and Shuli Mualem – collaborating with the volunteer-based public health non profit Midaa’t, proposed a more moderate bill, aiming to balance the need to increase vaccines rates with a careful regard for other values.

The recent proposal does not suggest a mandate, and this can lead to criticism from those that think that there is strong justification for keeping unvaccinated children and toddler out of school. Authors point out to Israel’s high vaccination rates, and argue that given those rates, a mandate goes too far. 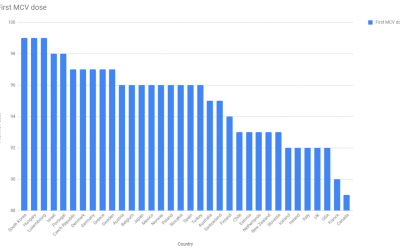 The proposal, however, does put in place several measures imposing consequences on non-vaccinating parents (parents whose children have medical reasons not to vaccinate – like children with cancer who cannot receive live-virus vaccines – are not considered “vaccine refusers”, and none of this applies to them). First, it requires such parents to sign a “vaccine refusal” declaration, naming the vaccines that were refused, stating that the parent acknowledges the risks of refusal to the child and to others, and including the reason for refusing.

A parent who refuses to sign the declaration will be fined. Another financial consequence is that parents who refuse to vaccinate will lose the exemption from health insurance: normally, parents do not have to pay health insurance for children under 18. But vaccines refusers will have to pay for their children from the age of 2 and until the age of 18, imposing a financial consequence on the choice.

This is both fair – non-vaccinating imposes costs on society and others –  and can be an effective reason to vaccinate (though there is a concern that it will be felt more strongly by poor families than rich).

The proposal also allows the Ministry of Health to act if there is a fear of an outbreak – which is defined broadly, to include not just an actual outbreak but a situation where immunization rates fall so low that there is a realistic risk of outbreaks. In such circumstances, the Minister can order the closure of a school at risk until the risk has passed, though he or she should try and avoid closing schools – and can order unvaccinated children to stay home until the risks have passed.

Finally, the proposal creates a database of immunization rates and orders the Ministry of Health to publish a report on rates annually, increasing transparency.

The proposal is not as strong as a mandate, but has potential to increase immunization rates – and is less aggressive than a mandate. This may increase its appeal to people who are not committed anti-vaccine activists but dislike mandates, and may increase its chances of becoming law.

It is clearly a thoughtful effort by people seeking  to prevent diseases with as little cost to unvaccinated children as possible, and one proposed after careful consideration.

It will be interesting to see how it plays out.

About the Author
Dorit teaches law in UC Hastings, is a mom, and a member of the Parents Advisory Board at UC Hastings. She was born in Israel and still has a large family there.
Related Topics
Related Posts
Comments