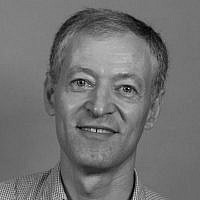 The semi-hysterical response by some Israeli officials to Natalie Portman’s decision not to travel to Israel to accept a prize has revealed the widening gap between the government of Benjamin Netanyahu and a substantial portion of the American-Jewish community.

Infrastructure Minster Yuval Steinitz said Portman’s decision not to attend the ceremony because she did not want to participate alongside Netanyahu “bordered on anti-Semitism.” Internal Security Minister Gilad Erdan, referring to Portman’s role in ‘Star Wars’ movies, suggested that Portman was turning to the dark side.

Examining these statements, one begins to grasp why the Netanyahu government been working so hard to demonize non-governmental organizations like the human rights group B’Tselem, the military veterans group Breaking the Silence and the New Israel Fund among others. One begins to understand why the Netanyahu government has been trying to exert political control over the judiciary and concentrate media power in its own hands. One begins to see why this government seems to be so allergic to any kind of dissent.

These organizations and others which courageously draw attention to the occupation and treatment of Palestinians, the catastrophic situation in Gaza and the lamentable treatment of African migrants face unrelenting attacks from the government and its supporters painting them as disloyal, unpatriotic and even as traitors to the state. These attacks are clearly aimed at intimidating and ultimately silencing these important institutions of a democratic civil society.

It seems that Netanyahu and Steinitz equate support for the state of Israel with support for them personally and their policies. It appears they believe that loving the Jewish people means loving Netanyahu.  Anyone who does not back Netanyahu, and has to temerity to stand up and say so, is dismissed as a traitor, a self-hating Jew or someone with views bordering on anti-Semitism.

While there should be no doubt that the vast majority of Jews around the world would unhesitatingly rally to Israel if it found itself under military attack or in danger, the days of unquestioning loyalty to a government that pursues policies that seem in such stark contradiction to core Jewish and democratic values are over.

To give one example, just this week 18 Jewish Democrats out of 21 in the US House of Representatives wrote to Netanyahu to say they were “dismayed” and “disappointed” over his retreat from a United Nations plan that replaced his earlier proposal to deport tens of thousands of African migrants from Israel.

“Many of us have heard in recent months from constituents who care deeply about Israel and who are also gravely concerned with the respect to the future of the approximately 38,000 asylum seekers living in the Jewish state,” the letter said.

One wonders, does Steinitz regard this letter from lawmakers with impeccable pro-Israel credentials as bordering on anti-Semitism?

Many American Jews find themselves deeply dismayed by recent developments in Israel, the West Bank and Gaza. They are angered by Israeli moves to further marginalize and delegitimize the forms of Judaism most of them practice. They are perplexed when Netanyahu cozies up to far-right leaders like Hungarian Prime Minister Viktor Orban. They found Netanyahu’s failure to condemn President Trump’s response to the racist march and riot in Charlottesville last summer inexplicable and outrageous. Trump equated those marching under the swastika with those rallying against racism and hatred. Netanyahu had no comment on Trump’s heinous comparison.

If we are talking of something that, in Steinitz’s words, borders on anti-Semitism, these sad responses to what happened in Charlottesville seem like a much better fit than Natalie Portman’s brave act of conscience.