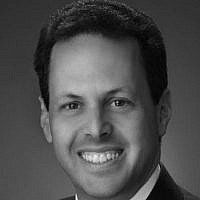 The Blogs
Mark Wilf
Apply for a Blog
Please note that the posts on The Blogs are contributed by third parties. The opinions, facts and any media content in them are presented solely by the authors, and neither The Times of Israel nor its partners assume any responsibility for them. Please contact us in case of abuse. In case of abuse,
Report this post. 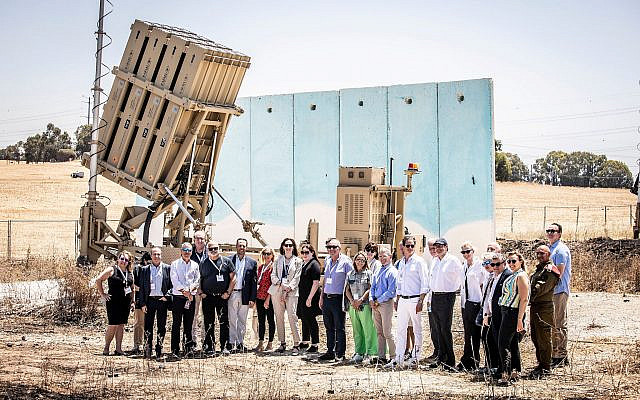 Members of the first solidarity mission of the Jewish Federations of North America in Israel after its May 2021 conflict with Hamas in Gaza visit an Iron Dome anti-rocket installation. (JFNA)

We will never cease to advocate for Israel and for her right to defend herself against violent attacks.

The world moves so fast that what seemed groundbreaking just a week ago already feels like a distant memory.

Last Friday, I arrived back home after leading the first solidarity mission of Jewish leaders from North America to arrive in Israel following Operation Guardian of the Walls and the year and a half of the COVID-19 pandemic.

In not much more than 36 hours, our top communal leaders visited Ashkelon and Lod, two of the most impacted communities in Israel during the week of fighting. We also conveyed our message of solidarity and love to Israel’s top leadership, including the prime minister, the alternate prime minister and defense minister, the foreign minister and the heads of as many of the major parties in the Knesset as we could fit into our tight schedule.

Of course, in the week since our trip, Israel has elected a new president and may have a new “change” coalition coming to power in the Knesset, the wave of antisemitism in North America has grown and our community mobilization to address this challenge has accelerated.

Despite these rapid events — or perhaps because of them — I cannot let us forget what we did last week or why it is so important.

First, although we may not have walked a mile in their shoes, we did travel thousands of miles to embrace those who suffered loss and trauma, to reaffirm the unshakable bond between the Jews in North America and our brothers and sisters in Israel, and to show the depth of our love and concern.

We must never forget how important it is to show up and to openly and publicly express our support. Zoom and social media may keep us informed and in touch, but it does not substitute for a warm embrace and for standing together shoulder to shoulder. We know that it was welcomed and appreciated.

Second, as much as we felt honored to be the first group of senior leaders of the American Jewish community to visit Israel since the COVID pandemic, we also felt deeply our responsibility to be the eyes and ears of those we represent back home.

It was energizing to feel the toughness and vigor of the country and its people and to convey that spirit back to our home communities.

As impactful as it was to meet with Israel’s political leaders, we were profoundly moved by our encounters with ordinary Israelis who had dug themselves out of the rubble but were still coping with the trauma that the conflict had engendered.

Even as the streets and restaurants were bustling and life seemed to be returning to normal, we learned that under the surface, the suffering ran deep.

The house of the director of the partnership between the Jewish communities of Baltimore and Ashkelon was ruined by a direct hit from a missile; it will take at least a year to rebuild. A young mother in the Israel Trauma Center in Ashkelon could not buy balloons for her son’s birthday party because he has been traumatized by the incendiary devices that Hamas floats across the border.

Children cry when they hear music at weddings because loud sounds remind them of explosions from rocket and mortar attacks. In the mixed Arab-Jewish city of Lod, well-intentioned people on both sides are still trying to build a shared society despite the terrible strains that the recent conflict has caused, even among those who have known each other their entire lives.

The task of rebuilding is immense. The missiles that hit Ramat Gan destroyed more than five dozen apartments. The staff in the absorption centers in the South have their own post-traumatic stress to overcome. The first responders to the missile attacks, which reached deep into the heart of the country, are still struggling with what they had to do and see.

In addition to our ongoing support for the organizations that are first responders to these crises, we raised an additional $2 million from federations large and small in just the first few days of the conflict to help with these extraordinary demands, but we know there is still so much more to be done.

The news cycle may have moved on, but we won’t. We will not forget those who have suffered and need our help.

Israel is a strong country, and it will bounce back stronger than ever from the attacks and the riots. But no matter how resilient Israelis are, it is important for them to know that their family — Am Yisrael, the people of Israel — are standing together with them at this critical time. It was deeply meaningful to be able to express this solidarity and in turn to receive the love of our Israeli brothers and sisters. We came away from the mission more unified and more aware of how much we need each other.

My parents and grandparents survived the Holocaust. It is impossible for me to come to Israel and not think about how the existence of a Jewish state at that time might have changed history.

We will never cease to advocate for Israel and for her right to defend herself against violent attacks. And we will provide even more opportunities for both Jews and non-Jews to visit Israel and see firsthand, as we did, what it means to live in the Jewish state.

Above all, we need to inspire those back home with the knowledge of how truly indomitable the spirit of Israel is and always will be.

About the Author
Mark Wilf is the Chair of the Board of Trustees of JFNA.
Related Topics
Related Posts
Comments 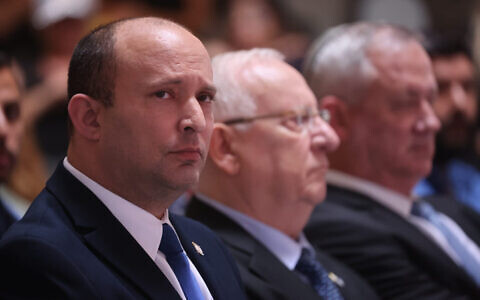 Bennett in a message to Hamas: ‘Our patience has run out’
TOI staff 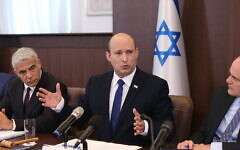 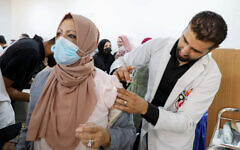 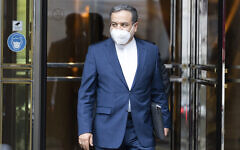 Iran’s nuclear envoy: We’re closer to deal than ever, but US must make decisions
Agencies and TOI staff