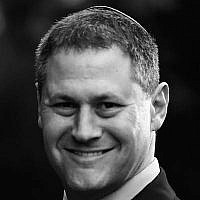 The Blogs
Samuel Schwartz
Scholar of International and Intercultural Relations
Apply for a Blog
Advertisement
Please note that the posts on The Blogs are contributed by third parties. The opinions, facts and any media content in them are presented solely by the authors, and neither The Times of Israel nor its partners assume any responsibility for them. Please contact us in case of abuse. In case of abuse,
Report this post.

Last May, I wrote an article noting that most Israelis oppose the Joint Comprehensive Plan of Action (JCPOA), also known as the Iran Deal, that was negotiated between Iran, the US and five other world powers, in 2015.  A poll published in October 2021 by the Israel Democracy Institute (IDI) confirms that this is still the case.

The IDI found that 45% of Israelis believe that it would have been better if Israel attacked Iran’s nuclear program to prevent progress on its nuclear weapons capability, even if it would have sparked an offensive against Israel. In hindsight, only 28% thought that a settlement, such as the JCPOA, would have been a better option.

Moreover, 37% Israelis believe that should Iran create nuclear weapons, it will use them against Israel during a future war. While this figure does not represent a plurality, it does indicate that a large percentage of Israelis believe that the Iranian nuclear program constitutes an existential threat to the country, despite Israel’s vaunted deterrence.

These recent statistics explains why Israelis, and first and foremost, Israel’s Prime Minister, are very worried that US President Biden is planning on returning to the Iran Deal in the near future.

As reported in Ha’aretz, Israel’s government and defense establishment are disappointed that the US is intent on renewing negotiations on the JCPOA and believes this may happen soon.  In early October, a delegation of senior Israeli defense officials, headed by National Security Advisor Eyal Haluta, travelled to Washington to brief their American counterparts on developments related to recent Iranian advances in constructing a nuclear weapon. In light of Iran’s enrichment of uranium to higher levels of refinement and in greater quantities than in any time past, the Israeli delegation urged the US to impose tougher sanctions and publicly prepare the option of using force to stop the Iranian program.

While the public readouts of last week’s discussions were positive, Israeli officials expressed their disappointment that their requests fell on deaf ears.  The Israelis urged the American officials to prepare a hard-hitting “Plan B” in case Iran continues with its work to develop a nuclear weapon.  The American side has not indicated that it will consider putting any kind of pressure—sanctions or military—on the table. One positive development which has come out of the talks is that the Israeli side felt that the US is now taking the Israeli intelligence assessment regarding the extent of Iran’s advance towards nuclear weapons construction more seriously.

The United States returned to Vienna for indirect talks with Iran on returning to the JCPOA in April 2021.  President Biden and his administration claimed that the aim was to negotiate a longer stronger and broader deal. All sides noted that progress was made but that significant issues remained to be resolved as I discussed in previous articles. In June 2021, hardliner candidate Ebrahim Raisi won Iranian Presidential elections and the talks have been paused as Iran claims it is preparing for the next round under new staffing and direction.

The extent of Iranian interest in reaching a conclusion to the negotiations is unclear. At the end of September, the new Iranian Foreign Minister, Hossein Amir-Abdollahian, declared “We will not have a so-called longer and stronger deal.” Moreover, he noted that for Iran to return to the JCPOA, the US would need to provide more sanctions relief than was specified in the original deal.

Since coming into office in January 2021, the Biden Administration has offered the Iranian regime plenty of carrots to induce it to return to negotiations. These have included:

More concessions, above and beyond what was included in the JCPOA, were reportedly on the way before the negotiations broke down.  They included:

These inducements, which could release $90 billion in frozen funds, have not caused Iran to return to the negotiating table. In fact, as noted above, they led to the Iranian side increasing its demands and engaging in malevolent regional and international behavior including bombing foreign oil tankers in the Persian Gulf, attacking US assets in Iraq and attempting to kidnap a dissident Iranian-American journalist in Brooklyn.

The question therefore is begged, why doesn’t the US administration go on the record about a “Plan B” in case the negotiations remain deadlocked? Why won’t President Biden and Secretary of State Blinken discuss the imposition of tough new sanctions or military options.  When all the carrots have been rejected by Iran, why is the US unwilling to even discuss sticks?

While no US policy-makers have addressed this question officially, the potential answers are terrifying. More on that in a future article.