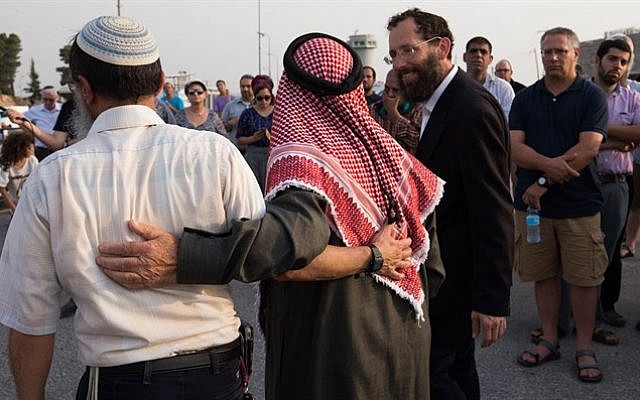 The drums of war are being readied.

The first is meant to weaken Israel out of existence. The second means well, wants Israel to give up power to foster goodwill among anti-Semites. It is equally suicidal.

Israel must vote resoundingly to the right! Only the right is cynical and proud enough to withstand these pressures and prevent more wars.

Don’t believe the silencing of the anti-Semitism. Don’t believe the call to reasonableness about our haters. It’s good to be naive but not when meeting a lion – much less when surrounded by haters.

There are people who’s judgment is clouded by hatred. Not all people think and feel like you and your Gentile friends. We have true enemies. (Not in the long run but don’t befriend a lion on the day it needs to eat.)

Being overly naive doesn’t lead to peace. It leads to war. War is terrible. It’s a price no one should pay. A Dutch saying goes “Soft physicians making stinking wounds.” Sometimes one must do small ugly things in the short run in order for the overall future to be better.

Learn from history. Not to become cynical or desperate. Good times are coming but the conditions are not ripe yet. Don’t cross the street without looking both ways. Don’t believe mass-murderers just because they smile. Don’t believe naive Jews who just so much want to wish the enemy to be their friend that they forget to check if they are realistic.

Listen to Jews from Arab countries. Listen to religious Jews. Most of them have a good memory and are not too naive. (Don’t listen to the token Arab or religious Jew who went wishful thinking on reality.)

Be naive when you play with kids. Be naive when you make love. Be naive when you tend your garden. But when you may vote, remember that much is at stake. Don’t stay home. (Don’t believe the polls. They have an accuracy of +/-3.5%. That means that if they predict that a party gets 4 seats, the 3.25 percent Knesset threshold – and they predict that about half a dozen parties – each will in fact get somewhere between 0 and 8 seats! That is predicting that is worst than just guessing.) Don’t vote left. (You can give them your money and your soul but not their vote.)

Yes, thank G^d, there are reasonable pure friendly real people on both sides but they are not the norm yet. Don’t confuse your Gentile Arab friends with the attitude of the Arab mentality regarding Israel in the Arab countries and regimes. Much work is needed there. You can’t just assume their goodwill towards Israel, just because you have Arab Gentile friends in Israel or the US – and a few token other ones. Most people in Gaza, Jordan, Egypt and Syria want all Israeli Jews dead.

The fact that this is often used to try scare Israelis into reactionary panic attacks doesn’t mean it’s untrue or should be ignored. Live with unpleasant reality – you can do it! It’s only for a short more while.

You won’t look any good soon when you live on cloud seven and are doing your hair when a train is storming into your direction.

There is enough choice on the right. Pick the one closest to you.

When you vote for them, you vote for a balanced government, between all these ideals with an invitation to centrist politicians to join. But if you vote for the left, you vote for an extremist government. Their promises for the poor and peace sound nice but are not realistic. Idealists must be realist if they don’t want to give the reign to cold pragmatists.

The pipedreams of the self-proclaimed centrists and the leftist are really dangerous. But don’t trash anyone of them. Just vote to the right.

Also when you’re a feminist anti-capitalist anti-racist religious or secular non-homophobic dovish idealist like me.

Better be safe on election day than sorry on the next day.

The international press and the national press will overwhelmingly depict a win for the right as reactionary but you don’t need to please them. You are responsible to chose life, for yourself, your loved ones and even the strangers. Even our enemies are better off without war.