The Blogs
Reuven Spolter
Apply for a Blog
Please note that the posts on The Blogs are contributed by third parties. The opinions, facts and any media content in them are presented solely by the authors, and neither The Times of Israel nor its partners assume any responsibility for them. Please contact us in case of abuse. In case of abuse,
Report this post. 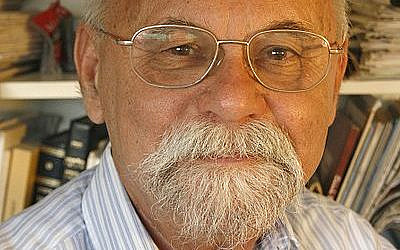 I just learned about the death of Professor Menachem Friedman. Admittedly, I had never heard of him before, so I looked him up on his Wikipedia page (the Hebrew one – the English one is terrible). I quickly learned that he was a prominent sociologist who studied different cultures in Israeli society, and especially Chareidi culture.

The very first article Friedman wrote addressed the internal contradiction that is the Chief Rabbinate) of Israel. In his article, he noted a number of internal contradictions including the fact that the Chief Rabbinate enforces a form of Judaism that large swaths of the Israeli public does not accept.  One important contradiction that he noted is the fact that while Israeli law gives the Rabbinate legal standing as the religious authority over the Jewish people, much of the religious public, and specifically the Chareidi public, turns to its leadership, the Roshei Yeshivot (yeshiva heads) who they consider the true Torah leaders of the generation.

Over the last few days we have witnessed Friedman’s article play out in real life. After the government issued stern warnings to refrain from gatherings of more than ten people, the Chief Rabbinate issued an immediate ruling that the edict of the Ministry of Health has the status of halachah – it is binding religious law.

At the same time, the Chareidi public ignored this edict, instead choosing to follow the ruling of Rabbi Chaim Kanievsky, who decided that Torah learning would protect Israeli society better than social distancing.

I’m not here to defend the Chareidim and their willingness to follow their religious leadership. At times I find their steadfastness inspiring, as they often reject outside pressures and maintain lives of religious faith and practice. This time though, the ruling of the gedolim seems dangerous, placing the very weakest populations of their own Chareidi and broader Israeli society in danger.

From a sociological point of view, this episode indicates just how correct Friedman was and is about the inherent challenges facing a Chief Rabbinate. The Chief Rabbis’ statements and rulings throughout the Corona crisis have been spot one, without question. Sadly though, they lack a following or constituency who cares.

About the Author
Rabbi Reuven Spolter is the Director of Amiel Bakehila, a division of the Ohr Torah Stone network, which sends delegations of educators, lecturers and artists from Israel to Jewish communities around the world. Rabbi Spolter also serves as the Shorashim Coordinator for English-speaking countries for Irgun Rabbanei Tzohar. In addition, he teaches Mishnah Yomit, teaching hundreds of students around the world Mishnah via the Internet at www.mishnah.co. Raised in Silver Spring, MD, Reuven Spolter served as the rabbi of the Young Israel of Oak Park in Michigan until his aliyah in 2008. He then served as a Judaic studies instructor and Academic Coordinator of the Elkana Campus of the Orot College of Education from 2008 until 2018. A graduate of Yeshiva University with an MA in Secondary Jewish Education and Rabbinic Ordination from the Rabbi Isaac Elchonon Theological Seminary, he has taught and lectured to groups of all ages in communities around the world. Rabbi Spolter lives with his family in Yad Binyamin, Israel.
Related Topics
Related Posts
Comments