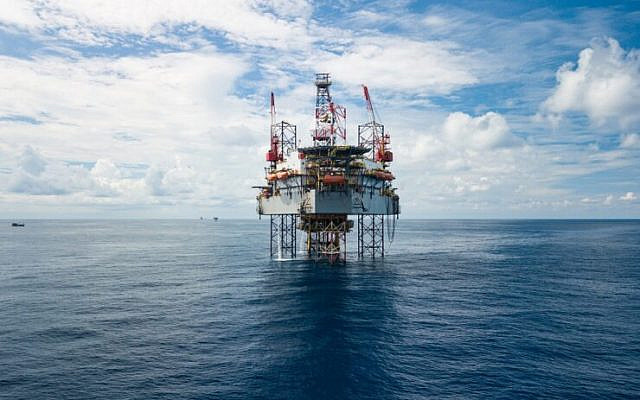 In 2000, a natural gas field was discovered in Israel’s offshore waters near Ashkelon, and amid great rejoicing commercial production started in 2004. An offshore rig can be seen from the coast, which doesn’t do much to improve the beauty of the scenery but certainly helps Israel’s energy-starved economy. Till then Israel relied on imported coal and oil to fuel its power stations, as well as on its only natural resource – ample sunshine – to heat water by means of solar panels on the roofs of houses.

The subject of energy is intrinsically interesting to me, but especially so because one of my grandsons has spent the last four years studying for a degree as an energy engineer. Consequently, as I read the daily paper each morning I pay special attention to articles concerning energy, and make a point of sending them to him.

So I was stunned to come across an article in the middle of December stating that the Energy Minister, Karin Elharar, had brought the energy economy to a halt, announcing that there would be no more gas energy explorations for at least a year, and that attention would be focused on the quest for ‘green and renewable energy.’ In so doing she cast aside the government’s energy policy and the recommendations of the governmental committee on the subject.

It seems that I was not the only one who was stunned, because the very next day I came across the headline stating that the government had no intention of infringing its contract to the Trans-Israel Pipeline, the company controlling the pipeline transporting gas from Ashkelon to Eilat, and which was originally built to transport imported oil from the Gulf of Aqaba into Israel. In recent years there has been a growing groundswell of ‘green’ organisations seeking to restrict the use of sources of energy that are considered harmful to the environment.

One can only imagine the furor that must have taken place within the government for the Prime Minister, Naftali Bennet, to immediately issue an announcement stating that no contract with the Trans-Israel Pipeline would be broken, even going so far as to require the Supreme Court to refrain from adjudicating in favour of any such demand.

Israel’s current government consists of a large number of parties, forming a coalition cobbled together in a desperate attempt to prevent the previous government from regaining power, after three general elections which left no party in a position where it could form a government. Inevitably, there are differences of opinion and approach in a government that is so diverse, but somehow, to all appearances, at least till now, the government has managed to function reasonably well without erupting or disintegrating in disagreement. Though who knows what goes on behind closed doors?

So for the moment matters remain as they were before Elharar’s shock announcement, though there are indications that efforts will be made by her and other interested parties to stymie or at least hamper the original agreement. It remains to be seen who will end up with the upper hand. As the old saying goes, we are cursed by having to live in interesting times.