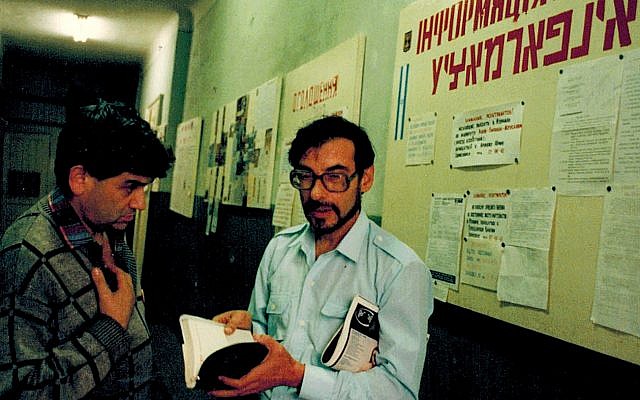 Voters can be irrational, as elitists the world over very well understand. But it doesn’t have to always be that way. Appeals to logic can sometimes work and should not be totally ruled out.

The Israeli election offers a chance to experiment with this provocative idea. Hiding in plain sight is the perfect test case, waiting for the opposition to attack in the event it wants to win on April 9. To understand the stakes the strategists of the center-left should study carefully the Boll Weevil Democrats, a riveting chapter of United States history.

For about a century many white Southerners suffered heartbreakingly a seething hatred toward the Republican Party, on account of Abraham Lincoln’s abolition of slavery and prosecution of the Civil War. Time after time they voted Democrat, even though that party was pushing for an end to all racial segregation. In time these conservative Southern Democrats came to be called after the resilient pest that was the bane of cotton-growers everywhere.

After the 1960s’ civil rights movement the Republicans awoke to this abnormality and craftily embarked upon a “Southern Strategy” to end it. The dog-whistle was simple enough for a white supremacist to understand: Considering what you want and who you are, your place is not with them. Lincoln’s not the issue now. You’ve gotten lost along the way. Leave the Democrats and come on home.

Now the South is Trump Country, overwhelmingly Republican and perhaps irreversibly so. The Southern Strategy rang true and resonated strong.

Israel’s opposition needs a “Russian Strategy” for the million or so people who immigrated from the disintegrating Soviet Union after 1990 and have most certainly gotten lost along the way.

Add previous Soviet immigrants and factor in children and you’re looking at almost a quarter of Jewish Israelis. So it’s important what they do, and what they do in elections is overwhelmingly support the right. The vast majority cast ballots for Netanyahu’s Likud and parties more nationalist still.

My guess is the Netanyahu corruption scandals will not materially change this picture. Thursday’s decision by the attorney general to indict him for bribery (pending a hearing) moved the electorate slightly to the left, if snap polls be believed. But people from (and in) the former communist world tend to be skeptical of law enforcement and amenable to conspiracy theories involving the deep state (which is essentially Netanyahu’s defense).

Why, then, do they vote for the right?

They do this partly for a reason that is completely irrelevant today. Having experienced what became of socialism – and trust me, youthful reader, I was there and it was bad – they hate anything that smacks of it. Yet socialism is not the issue in Israel today and if anything the “Russians” have it backward. The right is probably more given to big government than the opposition.

There are other reasons. These immigrants came from a huge country to a small one and are of no mind to make it even smaller. Also, as long as we’re being honest, there is some bigotry toward the Arabs; that, in Israel, tends to translate into support for the right.

This is where the truly fascinating illogic begins. The policies of the right, by settling the West Bank with Jews in a bid to make partition impossible, are transforming Israel into a binational state in which half the people are Arabs (and also a non-democratic one, since most of them do not have citizenship or voting rights). A Jewish nationalist should oppose this to save the Jewish state.

But the Palestinian issue is complicated, so we move on. There is a more straightforward illogic and that involves religion. 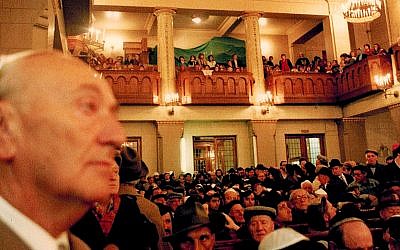 Israel is famously beset by a genuine cultural war between the growing minority that is ultra-Orthodox and the majority that is not. The parties representing these “Haredim” are a critical part of the right-wing bloc.

Many Haredim appear to genuinely believe that by praying all day they guarantee salvation for the Jews, and so refusing to serve in the army like almost all others is OK. Since they vote en masse for the right, this means they are causing fights from which they run away. To an untenable degree, given birthrates, they are also wards of the state, dependent on handouts. And they condemn their young to continuing poverty by refusing in many cases to allow science and English into their schools. On top of that they agitate for imposing religion on everyone else — for example, trying to shut down convenience stores on the Sabbath in highly secular Tel Aviv.

Since there has never been a rightist governing coalition that did not depend on the Haredim for its majority, it is the right that enables the continuation of this madness. In the middle of this tragicomedy sit the “Russians,” enabling it as well.

Is this what they want? The “Russians” are overwhelmingly secular and in blind polls often find they most agree with the platform of the leftist Meretz party, mostly due to its emphasis on secular rights. Yet they are in political bed with those who would shut down every pork dispensary in the land. Indeed, the “Russians” are abetting the same religious zealots who are blocking many of the immigrants who are mixed from being recognized by authorities as Jews, from being able to more easily convert, or in general from enjoying the option of secular marriage. Odd, would you not say?

Indeed, the “Russians” are also a strange bedfellow for the supposedly mainstream Likud, which these days is heavily identified with anti-intellectual figures like Miri Regev, the culture minister who boasts loudly of never having read Chekhov. One does not find a lot of chess boards, nor hear much chamber music, in the colorful gatherings of the Likud central committee. To make things even worse, the dialectically inclined “Russians” will encounter a monolithic culture with a sad absence of political debates. 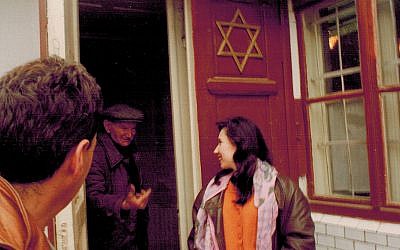 Like all groups the “Russians” are a complex subculture that defies facile stereotypes and actually hails from places as diverse as Ukraine and Kazakhstan. But some common themes can be observed. Not all of them are nuclear physicists, perhaps, but as a group they manifest a love of education, classical Western and Russian culture, and the secular lifestyle. Not all can be counted as leading progressives, to be sure, but they do seem rather proud of being rational.

Imagine opposition luminaries Benny Gantz and Yair Lapid focusing on a Russian Strategy at last, and deploying effective communicators with a devastating message: Considering what you want and who you are, your place is not with them. Socialism’s not the issue now. You’ve gotten lost along the way. Leave behind the boors and the religious fanatics, abandon the idiotic march toward a binational state, and come on home.

If it works half as well as the Southern Strategy did for the Republicans, it’s all over but the shoutin’.