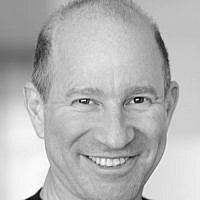 The Blogs
Elie Wurtman
Apply for a Blog
Advertisement
Please note that the posts on The Blogs are contributed by third parties. The opinions, facts and any media content in them are presented solely by the authors, and neither The Times of Israel nor its partners assume any responsibility for them. Please contact us in case of abuse. In case of abuse,
Report this post. 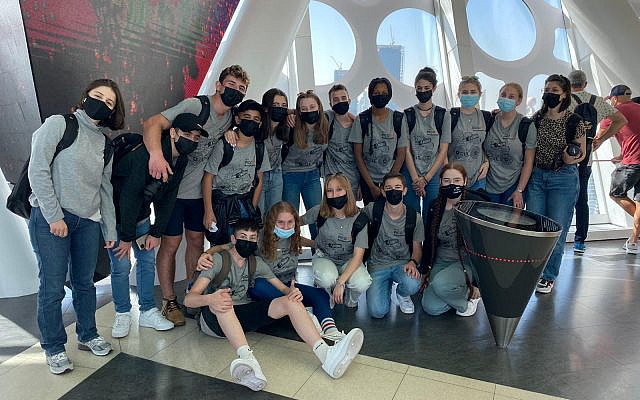 PICO Ambassadors upon their arrival to Dubai (courtesy)

If there is one critical difference that distinguishes youth from adults, it is the ability of the younger generation to think and act devoid of pre-existing biases – particularly when it comes to other cultures.

Because the young are not hampered by preconceptions, investment in harnessing collaborations between youth from diverse backgrounds and cultures can and will create the groundwork for solving some of the world’s most challenging issues – and introduce creative responses in ways that adults often fail.

This vision combined with the fresh, open-minded perspective that our youth can offer, provides me with much hope and confidence. This week the inaugural PICO Kids Ambassadors delegation of Jerusalemite youth lands in Dubai to work alongside their Emirati counterparts.

Looking back even just three or four years ago. Many would think it inconceivable that such an interchange would be occurring. But even in the very short amount of time since the Abraham Accords have been forged, Israel and others across the Gulf region have been inspired by the reality that this bond is one filled with infinite possibilities.

During this brief window of time, in spite of a backdrop of unprecedented global uncertainty, we have come to appreciate that whatever people thought about the cultural, political and religious divisions that separated our nations, a common commitment to innovation and building a better future has given birth to a world of potential.

I firmly believe that there is no segment of the population better suited to embrace these thought processes than our youth, the next generation.

While some cynics might allege that children do not have the experience or know-how to seriously confront matters of global concern, I would counter that youth are much more resolute in the face of those biases that all too often impede progress. These biases translate into fear and even animosity, acting as an obstacle to achievements that might otherwise be well within reach.

Understanding the critical nature of this issue, we have chosen environmental challenges as the focus of the collaborative work for our Israeli and Emirati youth. While we long-ago determined that issues like water scarcity – which will be the area of focus on this mission – are matters of critical global concern, the reality is that the greatest burden of this crisis will fall on the future generations. Over the course of their time in the UAE, our youth delegates will invest time and thought with fellow students from Dubai to tackle this issue and devise workable solutions that may one day be implemented to address this growing crisis.

The 17 members of the delegation partaking in the first PICO Kids Ambassadors exchange in Dubai, all under the age of 18, represent the best of our next generation. They have all been selected as young adults who harness that unique power of unrestricted thinking that inspires creativity as well as a sense of responsibility as those who can help change our future world for the better.

The fact that these youth are all from Jerusalem is also noteworthy and certainly adds to the impact that these types of missions can have. Jerusalem is not only a physical place on the map but also a concept. From my experience in interactions all around the world, when someone walks into a room and says they are from Jerusalem, they inevitably elicit an emotional response. While to some our city is associated with division and conflict, we know that billions of people of faith from around the globe have a desire to connect to Jerusalem. The very complexity of Jerusalem makes its citizens creative problem-solvers who are resilient in the face of adversity. When you turn this creativity towards innovation and problem solving, and fuse it with an ability to execute, the horizons are infinite.

While some might view it as almost paradoxical, the reality is that the message of our city resonates in a way that forges positive relationships and the hope for peace in places we might have never thought possible.

JFK once said that “The future promise of any nation can be directly measured by the present prospects of its youth.”  Such a statement is truer today than ever. In our increasingly globalized environment, it is the very promise of an entire world which we can firmly link to the prospects of our children.

I salute these remarkable youth for embracing the opportunities and challenges that come with this mission. I wish them the best of luck and success in transitioning infinite possibilities into what I am wholly confident will mean a better future for us all.

About the Author
Elie Wurtman is an investor, entrepreneur, co-founder and managing partner of PICO Venture Partners, an early stage venture capital fund headquartered in Jerusalem. Since launching his first company in 1993, Elie took 3 companies from founding to IPO. Elie is the founder of PICO Kids, a social enterprise focused on 21st century skills, values and STEM education for children in Jerusalem’s diverse communities. He is an Aspen Institute Global Leadership Fellow and holds degrees from Columbia University and the Jewish Theological Seminary.
Related Topics
Related Posts
Comments