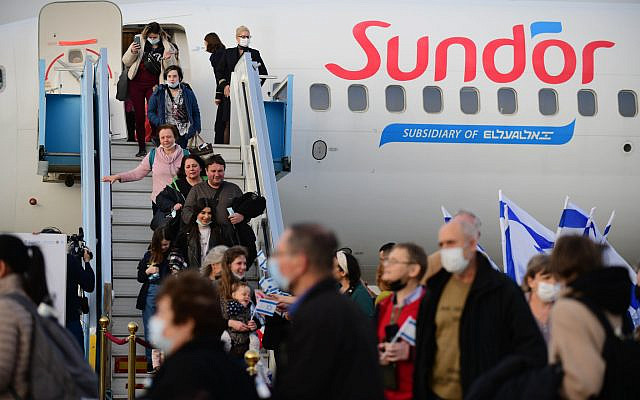 Indeed, it takes a village. And in the unfolding crisis that will bring tens of thousands of immigrants to Israel in the coming weeks, everyone who can will have a role to play to help alleviate the humanitarian crisis.

So, while I was helping coordinate my community to help one family, I was also paying close attention to two government decisions. The first is something of which we can all be proud: the government created a desk to help immigrants from Ukraine both get here and settle here. Already many organizations including ITIM, the organization I run, have reached out the director of the office, offering assistance. One of the issues facing those who are “aliyah-eligible” is proving their Jewishness to the satisfaction of the authorities. ITIM has opened a hotline for families here who want to bring their relatives.

But another government decision is a cause for embarrassment. While the government has decided to allocate millions of shekels to bring tens of thousands on aliyah, it also has opted to construct a brick wall in the face of those olim. Despite the coalition agreement that guaranteed enactment of a law that would significantly simplify the conversion process in Israel, and despite its passage by the cabinet, the coalition has now decided to “push off” the conversion bill until the summer Knesset session. This is shortsighted in the extreme, as at least 75 percent of the incoming Ukrainian refugees are not halachically Jewish. It also demonstrates how cynical politicians are when it comes to matters of religion and state. Can we really claim to be a compassionate, open democracy if we bring tens of thousands to Israel under the Law of Return — and then condemn them to second-class citizenship?

The reasons that the conversion bill — which was supposed to be enacted in the first 60 days of the coalition government — is again being deferred is a result of the disinformation the opposition is spewing about the bill. Claims that the bill will enable rabbis to convert foreign workers, or that the bill will completely undermine the chief rabbinate are unfounded. In fact, the bill will allow more Orthodox conversions and possibly lower the intermarriage rate in Israel. There are already 450,000 people in Israel who made aliyah and are not registered as Jews. With the new immigrants — who all have Jewish ancestry — that number will increase. Passing the bill will enable the conversion of thousands who have not found the present system viable.