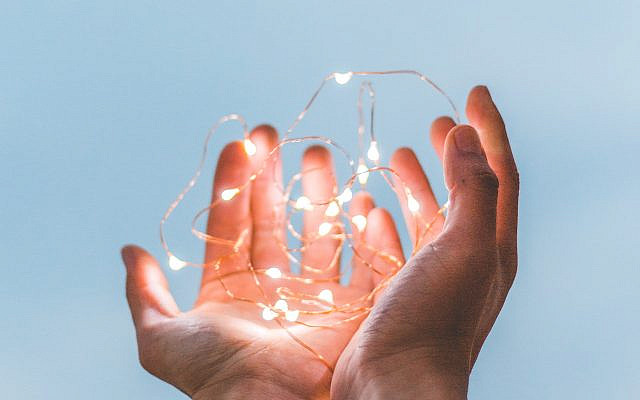 Photo by Diego PH on Unsplash

One of the things that I love most about Israelis is their incredible, almost legendary ability to carry on no matter what. Israelis have a hunger for life that is irrepressible. Through decades of conflict and political upheaval, through withering summers and cold, sodden winters, Israelis bounce back quickly. These are the stiff-necked people in action. This quality of resilience and faith that יהיה בסדר (everything will be okay) inspires me every day.

But this way of being does not always serve us well. Things are not okay and things are not going to be okay until we come together and talk honestly about one of the thorniest conflicts in the world — this one. Ours. We don’t have the luxury of simply carrying on. It is time – way past time — to ask ourselves some hard questions. Questions that politicians have not been able to solve.

What I want to say…

…that is how almost every single person who spoke on the now legendary “Meet Palestinians and Israelis” dialogue and sharing marathon hosted on Clubhouse introduced themselves after sometimes waiting for hours to speak.

The group was hosted by neutral third-party Israelis and Palestinian moderators and the idea was that you could join up the group and simply listen to people tell their personal stories about the conflict between the Israelis and the Palestinians. It was a radical experiment in deep listening and empathy building and no, it wasn’t an anti-Israeli exercise – believe me, that would have driven me out post-haste. Yes, facts mattered, and yes, the moderators did pause a speaker if and when they put forth patent falsehoods. The speaker was then redirected to reflect upon their personal experience. It wasn’t easy. The moderators simply weren’t having it. They redirected over and over. Slowly, even the most vociferous among us began to reveal more of their personal stories and less of their biases and inculcated narratives.

Meet Palestinians and Israelis went on for 14 days – twenty-four hours a day. Over 500,000 people visited the group and the average person spent six hours listening. I stopped counting after about 15 hours of listening and three occasions of speaking. It was like a reality show; addictive, unpredictable, frustrating, angry-making, and tear-inducing. It was, in a word — intense.

But but but… I found myself sputtering on the other end of my muted mic. That was the point. No “buts” — only listening until it was your turn. The moderators gave us all a masterclass in defusing heated emotion and allowing each person to have the dignity of being heard.

As a huge, rotating group, the participants experienced the power of deep listening and the innate benefits of having to hold back a kneejerk retort or rebuttal or opinion.  Participants had to wait up to an hour and very often much longer because the room often had over 500 people in it at a time, all flashing their mics to speak.  That gave us time to think over what we had to say and why we wanted to say it.

Through this experience, I realized that the narrative that I take as truth is an intellectualized, safe, logical, geopolitical, historical point of view. Which, I discovered, is a great coping mechanism because it allows me to remain arm’s length away from raw pain and anger, blame, shame, and recrimination that I can point inward or outward, depending on how defensive or threatened I feel.

For example, each day, when it was morning in America, the Americans arrived to chime in — and that is usually when I started to feel angry and attacked. The vocabulary they used got me agitated, angry, and very defensive. I heard words like “safe space” and “colonial ableism” and “Zionist colonizers.” Instantly, heard with derision what to me sounded like patronizing armchair psycho-babble which will one day be viewed with pity and disdain.  To be honest, I am still not a fan of such a manner of speaking. But then, I haven’t lived in America for a decade and I missed that cultural moment.  The truth is, nobody yet knows how this way of discourse and thinking will be viewed in the future, though “pendulum swing” will likely be part of the analysis.

There was a fascinating discussion about semantics and slogans and the weight of words. “Free Palestine” to many Jews in the diaspora and Israeli-Jews sounds like “Kill the Jews” or “Destroy Israel.” But — what if one was able to ask what those statements mean to a Palestinian? That is precisely the type of conversation that occurred. What does the word “Zionist” signify to Palestinians? How does it translate as a reflection of their lived experience? I dropped my defenses and listened. And as I did, my tribe grew.

But there’s no Hollywood ending here — my defenses didn’t stay down for long. The Americans came back and my porcupine quills were raised lest my identity and values be pricked. Over and over I thought — who should speak for and about Israel? Israel cannot be compared to the way other countries operate! Easy for you in the diaspora to say thus and such at a distance! Your vision of Israel is pie-in-the-sky! You are using a double standard! And sometimes, those things were true. Other times they weren’t.  One person from Los Angeles talked about the “shadow” side of our personal and collective identities and how it can act as a blind spot. My finger was poised over the “leave quietly” button on Clubhouse — yet I didn’t disconnect. Something about that rang true.

Round and round my feelings, logic, and illogic went. I moved from my mind to my heart and back again within seconds. But I kept listening. Slowly, awkwardly, bit by bit, I was able to pluck out the feathers of fear, anger, blame, and defensiveness that choke me when this topic is discussed. Yes, antisemitism is up — way up — all over the world. But antisemitism isn’t what I heard from the Palestinians who contributed to this marathon discussion. What I heard was pain, anger, humiliation, and hopelessness.

Antisemitic, racist fanatics will use any excuse to fan the flames of antisemitism, and yes, many have adopted this conflict as an antisemitic raison d’être. That sucks. But I learned that it is in our interest as Israelis and as Jews not to conflate the anger and injustice that Palestinians feel with the outright, illogical hatred of antisemites.

If the Palestinians who I heard speak expressed anti-Israel sentiments, it was connected to the politics of the humiliation and injustice of a decades-long occupation — a problem that Israelis have learned to adapt to — to ignore — until the rockets fall again.

I realize that “occupation” for some Israelis is a “trigger” word. It makes them feel angry, outraged even, and very defensive. Why should we apologize for Israel? This is the Middle East, we say, why should Israel be held to a different standard? It’s antisemitic. It’s Jew-hatred. Being anti-Israel is, in some cases, a politically correct way of being antisemitic.

But here, in Israel, those of us with feet on the ground? We need to try – as hard as it may be, like separating a slippery egg white from an obvious yet maddeningly elusive egg yolk — to see that as a separate issue.  One that needs to be dealt with, yes, in an outspoken way – but we need to get our own house in order. Not because we suck or are wrong but because haters are gonna hate but we, here, want to live in peace or prosperity. The only face that needs to be saved here belongs to all of us – from the river to the sea. We need to put our own oxygen masks on first.

I heard Israelis in the group say that they have been accused of being an “Arab lover” or “pro-Palestinian.” I heard Palestinians likewise say that they had been called “Jew lovers.” I heard all kinds of people relate how, when they try to be a part of the solution, they feel everything from marginalized to openly despised by their communities.

The only way we Israelis and Palestinians can get out of this Sysphusian cycle of tragedy is to talk and share — but much more importantly — to listen. I get it — life is stressful. We are busy. It’s hard enough to get through every single day and its demands – we all suffer from empathy fatigue and overload. But Israelis, this house is on fire.

To borrow a phrase from the Parent’s Circle, “this won’t stop until we talk.”

We Israelis need to speak to each other and we need to listen. The socio-political divide in Israel is painfully evident and getting worse. Israelis on the left and the right, the religious and the secular — we need to connect deeply and create our own, small, kind acts of citizen diplomacy in salons across Israel.

Meet Palestinians and Israelis was the Woodstock of citizen diplomacy and sharing; no participant, whether they listened, spoke, or both, will ever forget the experience. It’s okay if you weren’t there. The conversation is not over. In fact, I believe it has only just begun.

Another thing I love about Israelis is our ability to get things done and make things work, combina-style. Chik chak. We can do anything. Even change our minds — and our collective and individual futures.