Ben-Gvir joined Smotrich to create the Religious Zionism joint list in 2021 in response to Naftali Bennett’s premiership campaign and a Likud-brokered deal. The two factions, along with the smaller Noam faction, sought to provide an alternative to Bennett’s high aspirations and headline-chasing initiatives with a campaign grounded in their supportive relationship with Bibi Netanyahu and their commitment to the Jewish character of the state. In doing so, the list won six mandates and earned a seventh from Likud’s list as part of their unification agreement.

During their year as a united faction in the opposition, Ben-Gvir’s popularity has soared, arguably overshadowing Smotrich, who has remained the faction’s leader. When snap elections were called, the two factions separated, ostensibly to double their power in the Knesset Elections Committee, but have been unable to come to a reunification agreement.

The first obstacle to reunification is timing. Smotrich’s Religious Zionism is one of only four factions to hold primaries for their list, along with Likud, Labour, and Meretz. These primaries are scheduled for August 23. Smotrich has consistently sought to delay reunification negotiations until after this date, after his faction’s list is set. The reason for this is that it is harder to demand that real people give up their spots on the joint list than it is to demand the same of hypothetical placeholder numbers.

Conversely, Ben-Gvir has consistently tried to expedite negotiations. Ben-Gvir understands that he has significantly more leverage before Smotrich’s list is set. As such, he has conducted a public pressure campaign on Smotrich to negotiate before his faction’s primary vote. The result of this is one party aggressively and publicly pursuing another party that is trying to bide their time.

The second issue is the direction of the campaign, specifically how the expand the joint list’s voter base. Smotrich seeks to expand his base into politically moderate Haredi and religious-Zionist circles looking for a more principled and effective political vehicle. To this end, Smotrich is seeking to moderate his party image as a grounded and statesmanlike alternative to Blue and White and Zionist Spirit, and an honorable and respectable alternative to Shas and UTJ.

Ben-Gvir is seeking to expand his voter base to disenfranchised security-hawks who would typically vote for Likud, Shas, or not at all. This difference can be seen in the two’s different candidates for the joint list’s seventh spot. Smotrich demanded the spot be given to Moshe Sa’ada, a police whistleblower and anticorruption activist. Ben-Gvir demanded the spot be given to Almog Cohen, the head of the Negev Rescue Committee, a paramilitary based in Be’er Sheva created to counter Bedouin crime in the area.

Despite Ben-Gvir’s announcement, the two have until September 15 to continue and finalize negotiations. Smotrich will likely seek to reopen negotiations after his faction’s primaries and Netanyahu has remained steadfast in his intentions to broker reunification. However, assuming the two factions do run separately, the results would either be brilliant or catastrophic.

Recent polling has been encouraging for the separation. Only one poll has been published since Ben-Gvir’s announcement from Panel Politics, giving Smotrich five and Ben-Gvir seven mandates, a combined 12. This is up from the previous Panel Politics poll which gave the united list ten mandates.

Panel Politics also showed the two faction’s national-camp allies Likud and Shas drop a seat each, suggesting the two faction’s gains might merely be coming at the cost of fellow national-camp parties. However, the added variables of former IDF Chief of Staff Gadi Eizenkot and former Religious Minister Matan Kahana joining Blue and White and Zionist Spirit falling below the electoral threshold between the two polls obscure that conclusion.

Zionist Spirit may be the biggest victim of the Smotrich/Ben-Gvir split. The target demographic for Zionist Spirit is the “moderate religious-Zionist,” the knitted-kippah-clad Israeli who lives by halacha and Jewish values but is perturbed by the brash political populism of Ben-Gvir or even Netanyahu. Zionist Spirit has already been steadily campaigning to discredit Smotrich and Religious Zionism, using Ben-Gvir’s political character as a wedge. However, without Ben-Gvir, Smotrich is free to compete with Shaked for this demographic head-to-head.

In fact, the “moderate religious-Zionist” may prove to be this election’s key swing sector. Representing approximately 400,000 Israelis, this group is being openly courted by four parties, on both sides of the Netanyahu cleavage. Joining Shaked’s Zionist Spirit and Smortich’s Religious Zionism is the nearly non-existent Jewish Home and Blue and White, who has made gestures to the group through their promotions of Gideon Sa’ar and Matan Kahana to high-list spots. The distribution of this sector between these four parties could decide whether Netanyahu, Lapid, or Gantz move into Balfour Street.

However, Ben-Gvir and Smotrich are both still unproven political entities. 2022 will be Ben-Gvir’s third election leading Otzmah Yehudit, a party he has never led into the Knesset, and only won a seat running sixth on Smotrich’s list. This was also the only time Otzmah Yehudit has been represented in the Knesset in any form despite running in every election since 2013.

Smotrich has only led a list once, in the previous election. Although he led his party to a surprisingly successful result, he was not running alone, aided by the joint run of Otzmah Yehudit and Noam.

The latter of Smotrich’s previous partners, Noam, will be left in an awkward position as a result of the Smotrich/Ben-Gvir split. Noam was created only in 2019 at the behest of Har Hamor Rosh Yeshiva Rav Zvi Thau as a reactionary party against the weakening of the relationship between Torah and the state. Noam is a party focused on Israel’s social issues, specifically state policies regarding the family, Shabbat, the Rabbinate, and conversion. The party was the smallest of Religious Zionism’s three factions, solely represented by its leader Avi Moaz.

Both Smotrich and Ben-Gvir have good reasons to court and avoid Noam. Noam’s brash rhetoric may confuse Smotrich’s campaign towards moderation while the party’s exclusive focus on social issues may distract from Ben-Gvir’s security and law-and-order-focused campaign. However, running together with Noam may grant either Smotrich or Ben-Gvir a symbolic ownership over the dati/haredi-leumi sector more than directly winning their list any votes, similar to what Bennett attempted with Jewish Home during the previous election.

The second reason Smotrich or Ben-Gvir may yet try to court Noam is to avoid losing votes below the electoral threshold. This prospect is the biggest risk in Ben-Gvir’s gambit. Both unproven entities, there is a very real possibility Smotrich, Ben-Gvir, or both will finish the 2022 election on the wrong side of 4.25%.

Israel’s 1992 election saw a very similar problem. Several small, national-bloc parties failed to cross what was then a 1.5% electoral threshold, including; Geulah Cohen’s Tehiya, Yitzhak Moda’i’s New Liberal Party, Eliezer Mizrachi’s Geulat Yisrael, and Rav Moshe Levinger’s Torah VeAretz. If these four party’s pooled their votes together, they would have won three seats, easily allowing Likud’s Yitzhak Shamir to form a narrow government. Instead, Labour’s Yitzhak Rabin was able to form a government with outside support from Hadash and the Arab Democratic Party, paving the way for the catastrophic Oslo Accords.

This is Itamar Ben-Gvir’s gambit. Hopefully, splitting his faction away from Smotrich’s will allow both parties to go in different directions and earn more votes than they would be able to earn together. However, suppose this gambit causes national-bloc parties to fall under the electoral threshold, allowing Yair Lapid and Benny Gantz to form a narrow government of their own, as Rabin was able to in 1992. In that case, this gamble will be remembered as a grave disaster. 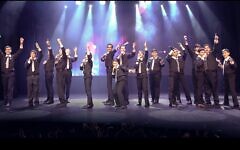