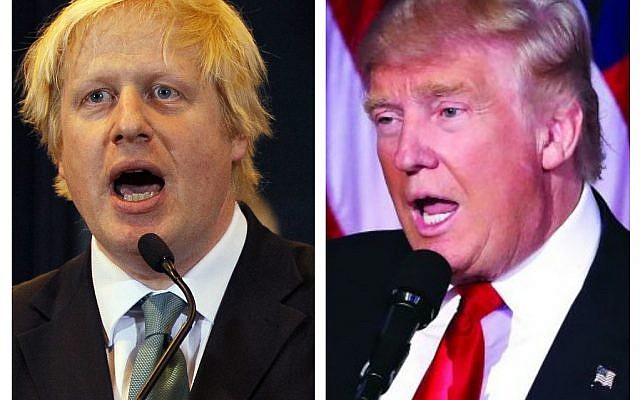 The choice between Boris Johnson and Jeremy Hunt for Conservative Party leadership is not  difficult.

It has to be Boris.

Boris is closest to the position that makes sense on Brexit. Theresa May tried every method of securing a deal with the EU. Each time she presented it to Parliament, it failed.  Barring a miracle, a newly concocted deal that will satisfy both the Europeans and the majority of MPs  would seem an impossibility, whoever takes control.

To fulfil the will of the  people, I believe Boris is right. Britain must be ready to  leave the EU without a deal after October and be positive about it. Further procrastination, coupled with speculation about a second referendum, is  pointless.

Judging by the recent groundswell  of support for the Brexit Party, another referendum could  produce an even stronger pro-Leave result.

For those who value this country’s democracy, stopping Labour from winning the next election is crucial. A communist-style government led by Jeremy Corbyn could spell disaster for Britain, with all the threats Labour’s antisemitism poses for us.

Boris would seem the most likely Conservative leader to beat Corbyn. Yes, he sometimes comes across as a bit of a joker.  But his zany approach actually commends itself to many people, who are keen on someone a little different, with a populist perspective.

Jeremy Hunt, following on Theresa May – despite his  wide ministerial experience –  could be viewed as just more of the same.

With his right-wing, laissez-faire outlook, and flippent, off-the-cuff style, Boris has been compared with Donald Trump. I see that as a plus. Mr Trump has  been outstanding in  seeking to protect the Western world against terrorism, communism and other external  threats.

A post-Brexit government, led by Mr Johnson, could well form the strongest, healthiest alliance with America on all fronts.

I am not sure Mr Hunt, with his residuary  pro-EU leanings, would see things in quite the same way.

This newspaper ran an excellent analysis of the candidates last week. What came through was that they are more or less equal in  support for Israel and outspoken opposition to antisemitism. So Jews have nothing  fundamentally new to fear  from either  Boris or Jeremy in No 10.

Boris has at times shown a certain disdain for the “equalities” doctrines recently imposed on British society. Those doctrines  have  produced the ultra-secular directives  from the Department for Education, currently undermining  faith schools.

If Boris were able to loosen the strait-jacket of political correctness somewhat, this could ease the ability of public figures to pronounce more confidently upon moral issues of right
and wrong.

Boris was closely connected with the Jewish community during his period as London Mayor. In his visits to north and north-west London, he invariably exuded enthusiasm  for Jewish housing and welfare amenities and Jewish schools.

He expressed pride in his part-Jewish ancestry and showed great respect in his meetings with rabbis and communal leaders. He was easy to talk to and ready to listen.

Although I am voting for Boris, I do consider Mr Hunt to be a capable and genuine politician. But effective politics is about power and winning elections. Boris is more cut out to deliver this.

Above all, my message to Conservative MPs is this. After the result, please  pull yourselves together, stop bickering among yourselves and unite behind the new prime minister.

If the charade of public wrangling over Brexit continues, our party will be doomed, whoever is in charge.

Let’s not forget what could be the horrific alternative.