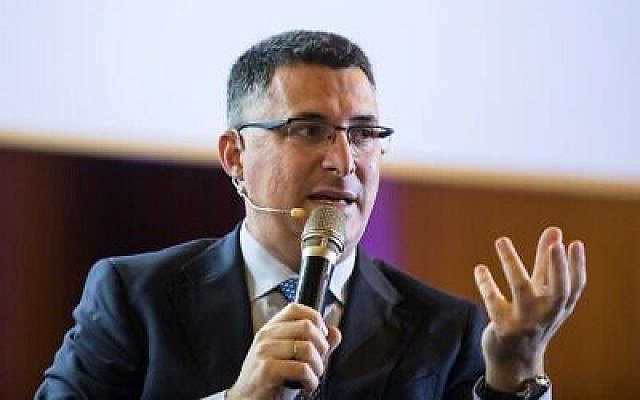 Elections in Israel are once again in the offing, with the political map as fluid as everything else since the three previous rounds in less than two years. Despite the general tendency to assume that the forthcoming ballot – in all probability to take place sometime this coming spring – will take on the characteristics of its predecessors, too much has changed since Israelis last went to the polls in early March of this year. In more respects than are currently acknowledged, almost everything is up for grabs.

Three quite different questions are on the electoral agenda: the identity of the person at the political helm, the governing capabilities of the incoming coalition, and the nature of the preferred vision for the country. Each of these elements contains distinct contents, relates to divergent time frames and attracts shifting constituencies. The extent of their overlap is still up in the air, depending as much on external factors (the incoming Biden administration, the state of relations with the Arab world) as on the lay of the party map. It is therefore far too early to predetermine the outcome or, for that matter, to assume the eclipse of any portion of the political spectrum.

The forthcoming elections are, first (and to many, foremost), about personalities. Gideon Sa’ar’s departure from his political home in the Likud and his dramatic announcement last week that he plans to challenge Benjamin Netanyahu’s prolonged supremacy of Israel’s right is a gamechanger. At first glance, it frames the elections more starkly than ever as a confrontation between pro-Bibi and anti-Bibi forces.

The struggle for the country’s leadership has now penetrated the right, focusing on the contest between the incumbent prime minister, Naftali Bennett (his more religious and settler-dependent opponent), the avowedly secular Avigdor Lieberman, and Sa’ar. Besides the leader of the opposition, Yair Lapid, other potential candidates on the traditional center and left of the political map – all actively opposed to Netanyahu and what he stands for – have yet to be named. It is already clear that should the pro-Netanyahu forces fail to garner a majority of the vote – a very likely scenario – the incoming coalition will be made up of right-center parties that exclude the Likud and probably the ultra-orthodox. This in itself constitutes a significant shift from the Netanyahu-led right-wing hegemony that has prevailed in Israel in recent years, suggesting significant changes in Israel’s political landscape in the coming months.

The issue of the identity of the next leader of Israel, however, captures only one, extremely short-term, aspect of the Israeli political scene. Although the revolt against Benjamin Netanyahu’s continued tenure expresses rising discontent with his defiance of the rule of law, his disdain for pluralism and his increasingly autocratic style, it says very little about the desired content and direction of the country. On these matters, the anti-Netanyahu forces differ. His replacement with a person of integrity – the bare minimum requirement of a democratic political leader – is only part of the electoral calculus.

The 2021 elections also deal directly and openly with a second crisis: that of governance. The present rebellion against Netanyahu (not only emanating from the opposition, but also from within his own ranks) stems as much from disaffection with the way he has governed during a particularly volatile year as with his personal comportment. By all accounts, the government’s totally erratic handling of the coronavirus pandemic and its socioeconomic byproducts has sowed constant confusion and augmented insecurity, giving rise to severe problems of governability. The widespread uncertainty that is still the order of the day – notwithstanding the promise of vaccinations – has fueled a quest for a modicum of competence in the management of the affairs of state that spans all parties. Breakthroughs on the regional level or highly publicized (albeit belated and costly) gains in procuring Covid-19 remedies cannot make up for the pressing need for predictability and sustainability.

The leading personalities slated to succeed the present Prime Minister are not necessarily those most suited for the job. Some are longtime politicians but have no ministerial training. The records of others are spotty at best: they did not necessarily stand out as especially successful or efficient ministers in the past. A few lack any political experience: achievements in one field do not automatically assure proven capabilities in the much more treacherous political management of the country – as the growing list of generals-turned-politicians demonstrates yet again.

Democratic governance rests on several immutable principles: accountability, transparency, institutional checks and balances, and above all else, trust. The commitment to these precepts of some of the pretenders to leadership positions is either murky or unknown. A few may boast many years of involvement in governmental affairs, but their results have been ambiguous at best (the proposed party slate of “experts” is a case in point). Too many insist that they possess all the answers, but are unfamiliar with the delicate mechanisms of consultation and compromise so fundamental to the cultivation of civic confidence in government. The very few with stellar records, mostly gained on the municipal level, may not have the political wherewithal to make it to the top. And those most dedicated to the basic concepts of working democracies – the multiple thousands who have joined the protests throughout the country for several years, and with greater urgency during the past six months – identify more with the present opposition than with most of Netanyahu’s potential replacements on the right. The electoral divergence between the who and the how is unmistakable.

Such discrepancies are especially evident in a third electoral realm, ideology. The traditional distinctions between the right, center and left (defined in the Israeli context mostly in terms of peace and security) that have dominated Israeli party politics for decades have undergone intriguing shifts recently. The political collapse of the Labor party since the last elections has intensified a notable trend to the right during the past two decades. At the same time, the normalization agreements with a growing number of Arab countries suggests a new regional openness – especially in constituencies averse to such ties in the past. Although these sentiments have yet to be extended to the Palestinians, closer contact with countries committed to their self-determination alongside Israel may lead to a greater willingness to reconsider the benefits of peace (until recently a term shunned by all parties except those that that make up the Arab List and Meretz) closer to home.

A right-center coalition that may conceivably replace Netanyahu and revive democratic norms and institutions will not be able to agree on these questions, leaving the door open for more innovative ideological adaptation. This longer-term reframing of Israel’s relationship with its neighbors – a must if the new links gather momentum – calls for a different vision of Israel’s place in the region and, by extension, also of its own civic identity. Here the parties of the left have moved ahead more creatively and hold more cards than their more numerous counterparts on the center and the right. Although their electoral appeal currently appears limited, the promise of Israeli-Palestinian reconciliation that they foster has a direct bearing on the reconstitution of democratic viability as well as on the type of leadership that can make this happen.

Even before the solidification of the party-political map and the determination of the heads of the various alignments, it is abundantly clear that no single issue is going to determine the outcome of the impending elections. Knowing full well that they can’t have it all, every voter will determine what is more important to them at this juncture – the leader, the sustainability of the system or the values that underlie their vision of tomorrow. Fluidity is the name of the game: the right is not on the ascendance; the center is not imploding; and the left is not yet dead. That’s what these elections are all about.