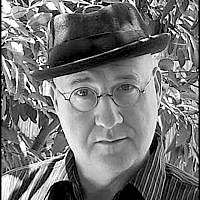 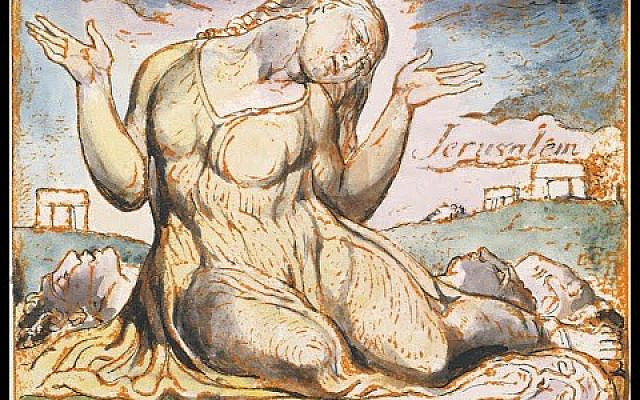 In the last 24 hours, I’ve been accused of wanting more dead Jews, told that the “real Jews” will outlive me, been called a “bigot,” and accused of assault for posting images and video clips of what took place yesterday in the Muslim Quarter. For those who don’t know and want to know, the documentation is easily accessible.

People have called me “closed-minded” for even calling it a “political event,” as such, regardless of one’s position.

It seems to many that the Kahanists are the worst part of the problem.

But they aren’t the problem.

The problem is more the person who categorized me among “folks like you” for identifying the clear political form and rationale and practice of the holiday.

The problem is the people who immediately call me “self-hating” for wanting us to recognize and respect the dignity, history, and human rights of 35 percent of the very much human humans to whom this city belongs, no less than to Jews.

The real problem, in my view, are those who dismiss what happened, and what happens every year, as the actions of a few bad apples who don’t represent them.

The problem is the people who claim that it’s the biased media that is the problem for covering the march through the Muslim Quarter disproportionately, instead of nice people singing Hallel in synagogue. Is that newsworthy at any point? Do we cover recitation of Hallel on Pessah or Shavuot or Sukkot in the press?

This afternoon, many Jews davened mincha.

The problem is the people who marched through the Muslim Quarter and told me how beautiful it was and how people sang joyously and reprimanded the very few people who “said unkind things” to the people who live there.

The problem is all these very nice people in the Religious Zionist majority who insist on this part of the route as well.

Now, let’s be clear about a few things:

Trying to silence those of us who disagree with the route jump to tarring us with opposing Jews with flags dancing in front of the Kotel. That’s not my Judaism. That’s not my Yiddishkeit. That’s not my Jewishness in any sense. But I, and few if any of the people I know who think the route scandalous, wouldn’t ever protest that. This celebration is not my way. But I think it legitimate. And I would oppose any effort to shut that down. Coexistence and mutual respect means our right to exist and be respected as well, in all our diversity, until we violate and traumatize others. Until we subjugate and humiliate others.

The problem isn’t with the behavior in the Muslim Quarter. It’s with the route itself.

Given the historical and cultural context, Jews wrapping themselves in a flag that the people who live in the Muslim Quarter see as the symbol of their humiliation and dispossession walking through and singing, no matter how peacefully, is itself violent. And if we want that not to be violent, we have mountains of work to change their associations. And it’s not, as I was told yesterday, that they won’t be happy “until the last of us is in the sea.” That’s self-evidently counter-factual to the point of ridiculousness.

And we need to be honest about why even the very nice people who protest the ugly behavior of the putatively unrepresentative few insist on the route.

They say that it’s our right. It’s certainly legal. Because the Supreme Court ruled it so. But the fact that something is legal and thus one has the legal right to do it does not mean it isn’t harmful and unethical. Plenty of legal things are harmful and unethical. That logic is the moral nihilism that says everyone should be able to do whatever they are permitted to do.

They say it’s to maintain the gender separation that most of the community of marchers wants to observe. There are other ways to manage that as well.

The real reason is clear to us all. It is to demonstrate sovereignty over a non-consenting population. It’s to send a message, as if it’s really necessary, that they are tolerated here only and when they aren’t inconvenient. It’s to demonstrate that Jerusalem, which lies at the center of Palestinian Arab identity and has at least since Salah a Din, belongs to Jews and NOT to Arabs. It’s to make us feel powerful in the crassest way, in a way that verse after verse after verse from the prophets decries. It’s to make us feel powerful in the way that so many people who intimidated and humiliated and assaulted Jews in so many places and so many times made themselves feel powerful.

And it is to make them feel weak. And that is practically the definition of humiliation.

The most peaceful expression and demonstration of those sentiments is not peaceful. The irony is that many Palestinians were arrested yesterday and injured for “disturbing the peace.” But it is our government and our police and especially the overwhelming majority of the Religious Zionist community that sanction a scandalous disturbance of the peace.

Even if it’s the most peaceful demonstration, they will have their businesses closed, lose a day of sorely needed revenue, be locked in or out of their homes for hours on end. And if they protest, they will be cited or arrested or beaten or merely shoved around for “disturbing the peace.”

As long as the Religious Zionist community and its leadership not only tolerate this route, but sanction and encourage it and demand it (as long as it’s done… er, peacefully), the community is responsible for it. Just as I am implicated in it, even though I dissent, because my government and municipality sanctions it.

If Religious Zionists don’t want to be responsible for this next year, they will lead an effort to change it.

If Religious Zionists don’t want Itamar Ben Gvir to be the face of their community, they need to work much harder to disassociate him and his ideology. Or, at least coalesce a significant faction to demonstrate heterogeneity on these issues. Because he claims to represent you. And his followers claim that he represents you. And you aren’t nearly many enough or loud enough in opposing him.

Calling for a change in the route next year, out of compassion and respect for others, would be a great place to start.

Every year, I’m reminded of statements from some of the founders of this country that seem so foreign to the current reality that I have a hard time seeing them as congruent with any part of our history anymore. And it breaks my heart. Like this, from Berl Katznelson no less, who was born in the same town as my grandfather of blessed memory:

I do not wish to see the realization of Zionism in the form of the new Polish state with Arabs in the position of the Jews and the Jews in the position of the Poles, the ruling people. For me, this would be the complete perversion of the Zionist ideal… Our generation has been witness to the fact that nations aspiring to freedom who threw off the yoke of subjugation rushed to place this yoke on the shoulders of others. Over the generations in which we were persecuted and exiled and slaughtered, we learned not only the pain of exile and subjugation, but also contempt for tyranny. Was that only a case of sour grapes? Are we now nurturing the dream of slaves who wish to reign?

Today, Berl would be called a self-hating anti-Zionist kapo with a ghetto mentality.

About the Author
Ori Weisberg is a writer, editor, and translator. He holds a Ph.D. in Renaissance English Literature from the University of Michigan and has taught at academic institutions in the US and Israel. He lives in Jerusalem with his wife and three very attractive children.
Related Topics
Related Posts
Comments