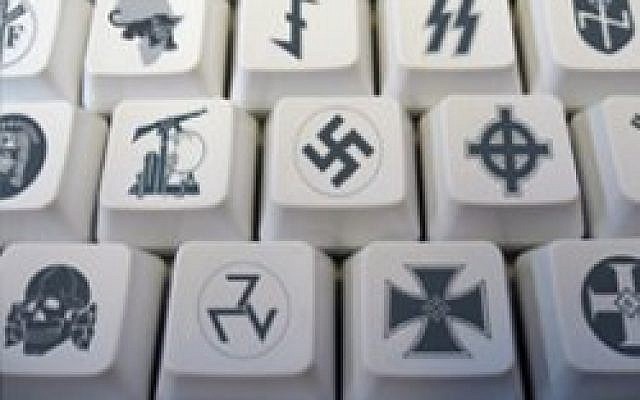 When a white genocide conspiracy theorist pushes her vile messages, it’s not enough to be against her views. We need to know how to answer her back. Not just to win a debate with her. Rather, to teach the bystanders how not to fall for her propaganda. And what a poor taste from the Jerusalem Post to make one of her slogans their headline and publish all her filth without rebuttal. We may hope that the Post is still solidly anti-racist, as it was for years and that this was merely an oversight at the offices of a pretense newspaper in great trouble.

So, what to answer when a racist says “Jews have Israel, where will white Brits go to?”

One potent way is just to dismiss racism without going into the fine details. It heartens people to hear a lack of timidity and shame. Just say: I don’t want to hear one more racist statement again. Racism kills and ruins the lives both of non-whites and whites. Be again like what you were like when you were 5 years old and loved all other kids. No more racist bullying. No to blatant racism and no to “educated” racism. Just shut up if you have nothing decent to say.

Another answer may refer to what false premise lies behind the question, the black-and-white (pun intended) dichotomy of them versus us. You could say: Well, do as the Jews that went to Israel. They started marrying each other overall ethnic differences to such a degree that sociologists and statisticians cannot make the distinctions anymore between Ashkenazic and Mizrachic Israelis. Non-whites are not another race. They’re just like you with a different history. Mingle, befriend across historic lines. Enrich their lives and let them enrich yours. And be brave. They are much more scared of your racism than you are of them.

You may also agree with a strong point of hers to take away any rational basis of her stance. Say, Of course, we need to defend and be proud of our democracy, our tradition of religious tolerance, our equality of the sexes, our freedom to think for ourselves, etc. Be assured that the vast majority of “them” wants that too. Don’t paint them falsely as all against our Western views. And learn from what they can contribute. A bit more respect for the elderly, is highly due in the West. Being against women needing to parade their beauty to be seen, is a good thing. Who says that being so tolerant of alcohol consumption, is wisdom? It’s stupidity.

But if you find yourself intimidated, just shout, Nonsense.