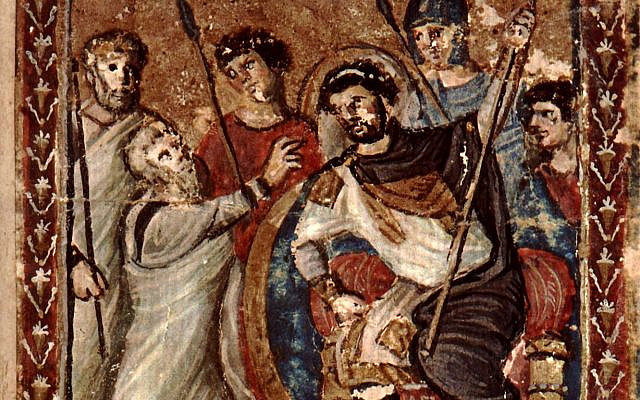 How do we understand G-d’s choice to harden Pharaoh’s heart — and what does it mean for our own decision-making?

The setting: Egypt, in the most intense period of Jewish slavery. The conversation: Between G-d and Moses. The purpose: To create a plan for how G-d, through Moses, will bring the Jewish people to freedom. The obstacle: Pharaoh, who is holding the Jewish people hostage and will not let them go easily.

Before Moses and Aaron even approach Pharaoh, G-d already states “But I shall harden Pharaoh’s heart” and “Pharaoh will not heed you” (Gen. 7:3-4).  Soon after this conversation, Moses and Aaron meet Pharaoh in person and match wits as both Aaron and Pharaoh’s sorcerers turn their staffs into snakes. As Pharaoh and his court watch, Aaron’s snake swallows the other snakes, visibly demonstrating that the might of the Jewish G-d is superior. And yet, as G-d predicted, Pharaoh is unmoved: “The heart of Pharaoh was strong and he did not heed them, as Hashem had spoken” (Gen. 7:13).

A lot of ink has been spilled in an effort to understand what, exactly, this concept of “hardening hearts” means. After all, if we believe that G-d gives each of the free will to make our own choices, how can it be that G-d deprived Pharaoh of the same right to make an independent decision? Is G-d forcing Pharaoh into a stubborn and recalcitrant position in order to move the plot along, or are these verses demonstrating deeper insight on how human beings make decisions and carry them forward?

The meforshim (commentaries) immediately jump on this topic, questioning how and why G-d hardens Pharaoh’s heart and what this means for Pharaoh’s free will — not to mention ours. Rashi comments that from G-d’s perspective, once Pharaoh was already resisting the right choice, hardening his heart allowed G-d the opportunity to demonstrate His signs and powers (Rashi on Gen. 7:3). Here we see that we can trace G-d’s decision to harden Pharaoh’s heart to Pharaoh’s initial decisions in responding to the bid for Jewish freedom. In the beginning of the Exodus story, Pharaoh selected a route of hardening, opposition and retaliation — you will recall that after Moses first approached him, Pharaoh doubled the slaves’ workload, ordering “You shall no longer give straw to the people to manufacture bricks . . . .Let the work be heavier upon the men” (Gen. 5:7-9). It is only after Pharaoh chose a path that G-d reinforced that path by hardening his heart.

Ibn Ezra echoes this point, answering the critical question, which is that if G-d hardened Pharaoh’s heart, “what was the sin?” (Ibn Ezra on Gen. 7:3). Ibn Ezra answers, “Hashem gave wisdom to man, and placed insight into his heart to be able to draw additional power to increase good, or to detract from his evil” (Id.). Essentially, Ibn Ezra is arguing that, to put it bluntly, people aren’t stupid — and we have the inner resources to help ourselves go along the path we wish to travel. If we want to increase our good actions and diminish our bad behaviors, we can move ourselves in that direction–and the opposite is true as well. Here again, the Ibn Ezra is focusing on the starting point, on what Pharaoh wanted as he began along the path that would eventually lead to his destruction. Given that Pharaoh chose evil, G-d was essentially helping Pharaoh along his desired path, not pushing him into one decision or the other. Ramban echoes this argument, noting that once Pharaoh refused to repent multiple times, then the window of opportunity for change closed (Ramban on Gen. 7:3).

In all of these commentaries, the key takeaway is that the beginning matters — once we start moving in a certain direction, the window of opportunity for redirecting our path grows smaller and smaller. And while G-d is acting here to keep Pharaoh resolute against permitting the Jews to leave, this is really an extension of Pharaoh’s early resistance to doing the right thing.

While the issues of stubborn Pharaohs and escaping slave nations might seem esoteric in our daily lives, in my work on agunah advocacy at the Organization for the Resolution of Agunot (ORA), I see both the causes and consequences of stubbornness every day. In situations of get-refusal (Jewish divorce denial), one spouse adopts a stance of recalcitrance, refusing to cooperate and release the other person from the marriage. In the most difficult cases, months and years (even decades) go by and person after person approaches the get-refuser with an incentive to cooperate with the get and move on, but they don’t. Their hearts are hardened, and our work at ORA is to figure out why, and how to unlock the case.

Many of our most intractable cases of get-refusal have gone on for an extensive period of time: For instance, we opened a Jewish divorce helpline after noticing that women were calling us, on average, three years post-separation, during which time many decisions had been made and the get-refuser has become more entrenched in their position. In our community education work, we emphasize the importance of encouraging a get early on, because over time, people become hardened and intractable and the window for change becomes smaller. In commenting on Pharaoh’s hardened heart, Rashi, Ibn Ezra, and Sforno highlight deeper realities of human psychology: namely, that the beginning matters, that we have a great deal of choice in the direction we move in, and that over time, our ability to see a contentious situation rationally and ethically seriously diminishes.

Even if you are not an ancient Pharaoh or a modern get-refuser, these questions about redirecting, changing our minds, and choosing a path impact all of us, even in much more mundane scenarios. Psychologists discuss the phenomenon of “sunk costs,” which is the phenomenon that once we have already invested time, money or other resources in a certain path, we are loath to redirect, even against all logic. For instance, say you stop by the post office to mail a package. Normally, you wait for less than five minutes and get to the counter, but this time, the office is understaffed and the customer volume is unusually high. Five minutes go by, then 10, then 20. Logically, you should leave — if it’s not urgent for you to mail the package today, there’s no need to spend an hour on an errand that would otherwise take five minutes. Internally, however, you’re thinking “but I’ve already spent 20 minutes here! I can’t leave now!”  Even in such a small example, we can see how hard it is to re-route and how easy it is to fall into the trap of continuing in the path we have started, no matter how little sense it makes. In that vein, my children know that while I don’t like to reward bad behavior, I will reward my children if they start out an outing behaving badly and are able to turn it around — because from my experience, turning ourselves around is the hardest thing of all.

Circling back to where we started, it seems that, in the end, Pharaoh hardened his own heart — and G-d just helped him along. Far from being a denial of free will, these verses actually serve to reinforce the fundamental role we all play in choosing the direction of our lives. If the story of Pharaoh can teach us anything, it is the difficulty of changing positions mid-course, and the challenge of evaluating our decisions honestly while in the middle of conflict and turmoil. Pharaoh’s story, extreme as it may seem, reminds us all to carefully consider the direction we are heading in, be wary of the fallacy of sunk costs, and not be afraid to change course and turn the ship around when we are headed towards disaster.