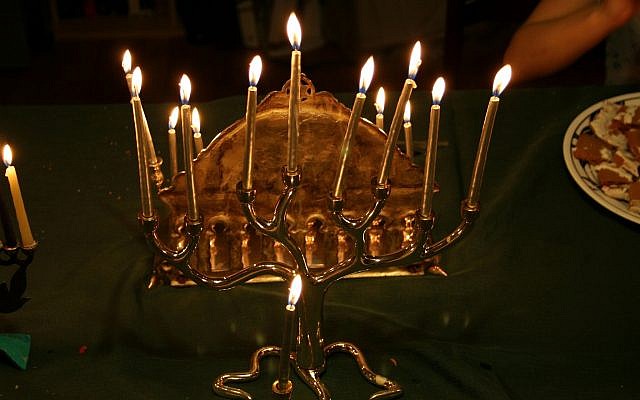 We live in such an enlightened and progressive world. In Australia, same-sex marriage has just been legalized, and in the state of Victoria, voluntary (or active) euthanasia is now also legal. While these steps are celebrated by many, conservatives are concerned about the impact on traditional values, and what might come next on the reform agenda. Debates on these issues have been deeply emotive and polarizing.

The arguments in favor of these reforms are typically rights- and equality-based: the right to marry whomever we want, that all love is equal, that we have a right of autonomy over our bodies, and the right to die with dignity. Whether these rights actually exist or are just the invention of marketers is a whole other question.

In any event, these changes are driven by humanist/secularist values, which aspire to make the world better (more equal?) through a process of reform.

Where did these values originate? I would argue with Judaism. Principles like the sanctity of human life, equality of all people, and helping others less fortunate than ourselves were pioneered by the Torah, and remain at the core of Western society — these days known as Judeo-Christian values.

The question is: can these values continue to evolve and remain valid if we remove God from the picture? The modern world says a resounding “yes,” but I am concerned at where we are headed.

It reminds me of the classic joke about the businessman running late for an important meeting and desperate to find a parking spot. As the minutes tick by and with no success, he looks up heavenward and prays: “God, take pity on me. I need to be at this meeting to close a huge deal. If You find me a parking place, I promise to donate $50,000 to charity and keep Shabbat every week!” Miraculously, a parking space opens up right in front of his destination. He breaths a sigh of relief, looks up to heaven again and says, “Never mind, God; I found one on my own.”

The contemporary values systems that are built on Jewish values have effectively said “It’s OK God — we’ve got it covered from here.” But what happens to the house when the foundation is pulled away?

This is especially relevant during Hanukkah. During the Second Temple era (about 160 BCE), the ruling Hellenists wanted the Jews to assimilate, and effectively to drop God from Judaism. Keep the Jewish culture: bagels and lox, Klezmer music, and even the rich literature and philosophy. But let’s drop this whole notion of its links to Divinity, and certainly that we are accountable in some way to a God. It’s a wonderful foundation, but we can do better.

The Maccabees rebelled, and fortunately won. They restored the sanctity of the Temple and ritual practice, specifically the lighting of the Menorah.

Hanukkah is just about the only Jewish festival that mandates pirsumei nisa — publicizing the miracle [of Hanukkah]. I can put on tefillin, eat kosher, observe Shabbat and the Chagim all within the confines of my home and I’ve fully completed my obligation. There is no need to post on social media that I ate matzah last night, or held the lulav and etrog. But an essential part of Hanukkah is that we must tell the world about it.

Why? Because the message of Hanukkah is that Judaism (and all that comes with it) is inseparable from God. And that message is so important that everyone — including those who have co-opted Jewish values and seek to take them “to the next level” — needs to hear it.