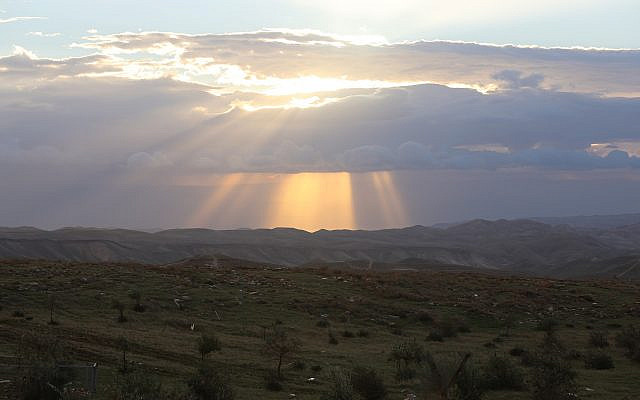 On a cold Saturday night last month, my husband and I were out for a walk when we got a call saying that there might be a chance to get vaccinated with leftover vaccines. We turned around and ran back to the house, jumped in the car and drove to the location. We were silent the entire way, and we both found ourselves wiping tears on the quiet, reflective drive.

It’s been such a long year, and the world still has a long way to go to get back to our old lives. Or perhaps we will never fully get back, but we will move forward in the best way we can.

Someone wrote to me tonight that when their father recently got vaccinated he wrote to the family: “Second shot in the arm. Immediate side effect: euphoria.” And it made me realize that so many of us are feeling this hopeful, anticipatory euphoria; this sense that we hope this will be the road out and the way ahead.

Is it absolutely assured? No. But it’s the best chance we have, and it’s the one that people a whole lot smarter than I am, and a great deal more educated in medical technology and science, are counting on.

And I’ll take it.

I’ll take it for all of the people who have died alone this year; died before their family members got to say goodbye and before they got to have a last hug.

I’ll take it for the infected pregnant women who have lost their babies, or who have had to wave at their babies through the glass, waiting for their negative results to come back so they can embrace their new miracle and hope not to transmit the virus.

I’ll take it for the long-haulers — for the thousands upon thousands of people who are still gasping for breath, having trouble walking up a flight of stairs and having irregular heartbeats. For the long-haulers who were healthy, energetic people before, and who hope to be so again, someday.

I’ll take it for every doctor and nurse, every health professional, who has shown up to work, day after day after day, this year; for the health care workers who have been in quarantine more times than we can count and have spent their days behind masks and shields, using protective body gear with pictures of themselves pinned to their shapeless outfits.

I’ll take it for my children who aren’t allowed to take it yet. My children, my dear children, who so desperately want to get back to their lives; to play basketball and meet up with friends; to learn in a classroom. My children who just want to be kids, again.

I’ll take it for all of the immune suppressed and compromised people who can’t take it. For the beautiful 19-year old whose neurologist says she can’t take it; for the mother with cancer who can’t have it; for all those who wish they could have it, and will hopefully gain protection from the herd immunity I help to create.

So, yes, I would say there is a sense of euphoria and hope after the shot. A sense of wonder that the scientific world has managed to put something this powerful and life-altering into our hands after less than a year.

And the tears in my eyes are tears of hope, of days I pray to spend with friends and family, of the chance to reconnect and love, live and enjoy together. Of the chance to see my parents who live so far away and have been locked inside for almost a year.

I have great hope that you’ll join me on this most miraculous mission towards herd immunity. Because as isolated as we’ve been this year, as much time as we’ve spent avoiding others and being in our family units (or alone), it’s the ultimate irony that the way forward is through unity. To exit this terrible situation, we have to put our trust in the greatest medical minds of our age and vaccinate, together.

About the Author
Romi Sussman is a teacher and writer. When she's not at her computer, she's juggling raising six boys ages 9-20 and conquering daily life as an Olah. She enjoys blogging here and on her personal blog at http://aineretzacheret.com.
Related Topics
Related Posts
Comments