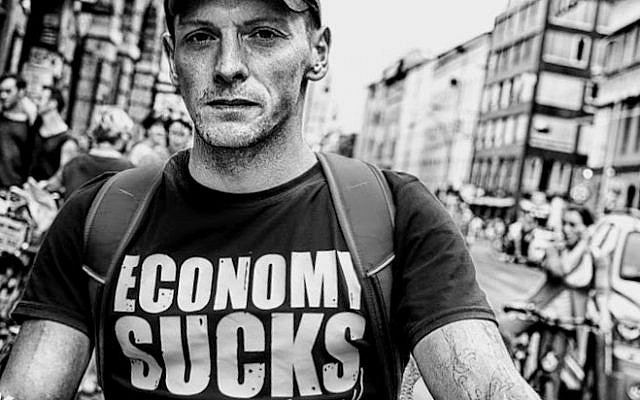 So, here we are today, with the following scenario:

After a whopping $5 trillion in Covid stimulus to the economy, it was only a little more than a year ago that proposals for yet another $4 trillion economic stimulus was being pushed by the administration to Congress.

Loaded with freebies and goodies for everyone from education to green energy and broadband to building infrastructure, there seemed to be something for virtually everyone. However, when Congress was done, it turned out that only a $1.2 trillion infrastructure bill passed. But our leaders weren’t done; immediately the pressure was on for still another $2 trillion package for Build Back Better, which would actually be more like $5 trillion if the provisions were made permanent. Thank G-d, Senator Joe Manchin had the wisdom and gumption to stand his ground and put the brakes on it!

In retrospect, it is incredible that our leaders, economic advisors, and near endless pundits didn’t see what was surely coming down the road in terms of an overheating economy, inflation, and a spiraling national debt now over $30 trillion and growing. Despite economic signals even visible to the layman, the Fed continued to promise to hold the interest rates near zero “for years” to come. The cheap money and free-wheeling government spending became an avalanche with almost no adult in the room willing to stand up and say, “Stop the money madness! Government handouts are not free!”

Aside from the recklessness with which our economy has been handled, let’s not forget that there is a proxy war going on between the superpowers in Ukraine for the last four months, including a frightening blockade on grain shipments (i.e. food terrorism) to tens of millions of people. Further toward the east, China is upping the ante vowing to “fight until the end” for sovereignty over Taiwan. And in the middle, Iran is dismantling the IAEA nuclear monitoring cameras, adding high-speed centrifuges, increasing uranium enrichment, and threatening Israel and the West. Let’s just say all is not copacetic in the world, while a congressional select committee continue to focus on what happened on January 6, 2021 with the U.S. Capitol riots.

I don’t know about you, but there seems to be a gross national leadership vacuum and the sucking (or should I say sucker) sound just keeps getting louder and louder.  A friend said to me recently about seeing the writing on the wall with the mess we’re getting ourselves into:

I may have been born at night, but I wasn’t born last night!

People are not blind, deaf, and dumb to what’s going on with the childish gamesmanship, politics of hate, and plenty of recklessness that is driving much of the national debate and (in)action in the country. Unfortunately, Jew-hatred and anti-Zionism is the warped focus of many progressive extremists in Congress at this critical juncture. Just as a few examples:

This to the detriment of serious national issues at home such as our floundering economy and dangerous enemies threatening global security, stability, and the future.