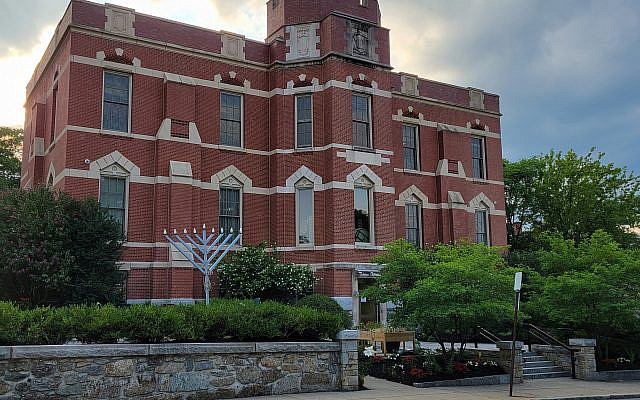 As I scrolled down my news feed, I came across a photo of a Jewish orthodox man covered in blood. His name is Rabbi Shlomo Noginski and he was stabbed multiple times outside of a Jewish community center on July 1.

Fortunately, he will be fine, but I was still heartbroken by the sight. When I realized it occurred near my neighborhood in Brighton, Massachusetts, I began to feel how the Jewish communities in Pittsburgh and Poway likely felt after the attacks in their localities. Anti-Semitic attacks were not just occurring in 2021 (and in 5781 in the Jewish calendar), but were also happening in our neighborhoods. When you hear that those attacks are happening just around the corner, you feel more pain and can even feel less safe.

However, another disappointing feeling I had after the incident was the lack of solidarity. While I saw many posts wishing the rabbi a full and speedy recovery and attempting to raise awareness of the persistence of anti-Semitism, almost all the posts — and “likes” — were from fellow Jews. When I later convened with my local Jewish friends and family, they mentioned how they did not see many solidarity posts on social media for our community from their non-Jewish friends or from progressive groups either.

Two, the lack of support for Jews comes just a year after the progressive movement seemed like it was taking the next step in the fight against hate and bigotry. After the brutal murder of George Floyd, the rise of the Black Lives Matter movement seemed to be a sign of a new era in combating police brutality and all forms of racism against Black people and other racial and religious minorities.

I joined the Black Lives Matter cause and the broader progressive movement, not because I was hoping to get something in return, but because I genuinely believe in what they are fighting for – and I will continue to do so. Still, I – and many other American Jews who have been trying to be allies – could not help but feel a little frustrated when the solidarity was not reciprocated.

The lack of solidarity may be because we American Jews are perceived as a privileged White community. As British writer and comedian David Baddiel discusses in his new book, Jews Don’t Count, progressive may find it hard to see Jews as victims because of our image as a privileged White community and may therefore believe we do not need their support. However, this is problematic for a couple of reasons.

First, it assumes American Jews are monolithic. Although it is true most American Jews are of European descent and have light skin, there are still many of us – such as myself, a Mizrahi Jew of Iranian descent – who have darker skin and are not always able to benefit from White privilege. Second, it assumes our relative privilege protects us from hate crimes, but this is clearly not the case as evidenced by the continued rise in anti-Semitism mentioned above.

If what I am describing sounds familiar, it is because Asian Americans are going through a similar issue with what is often dubbed as the “model minority” myth. Indeed, Asian Americans may be also perceived as a relatively privileged minority group who do not need support. However, this is problematic for the same two reasons described above. Asian Americans are not monolithic; there are many Asian communities in America today that are still struggling. Additionally, their privilege does not make them immune to racism; Asian hate crimes are on the rise and need to be addressed as well.

In fact, I recently had a conversation with one of my Asian American friends on this very topic. She described how, although she is proud to be fighting for social justice, she sometimes feels discouraged from talking about her and her family’s experiences of discrimination as Asians because her community is perceived as one of the more “privileged” minorities. She went on to say that she empathizes with American Jews because she could imagine how we are also discouraged from talking about our victimhood due to the model minority myth and oppression Olympics.

To be sure, we American Jew are certainly a relatively privileged community. We tend to have higher socioeconomic statuses, are disproportionately represented in Congress, and can sometimes benefit from White privilege, just to name a few. That is why I still believe we should be allies for Black people and other under-privileged minorities most of the time. The point is that it should not be a zero-sum game. While Black people and other lesser privileged minority groups should have the platform in the progressive movement for the majority of the time, there should still be some time and space reserved for Jews to have a voice when it becomes relevant.

About the Author
Jonah Naghi is a Boston-based writer and the Vice Chair of Israel Policy Forum's IPF Atid Steering Committee in the city of Boston. A frequent commentator on Israeli-Palestinian and US-Israel affairs, Jonah has spent extensive time in the region and recently received his Masters in Social Work at Boston College and LCSW. All the views expressed are his own.
Related Topics
Related Posts
Comments
Advertisement