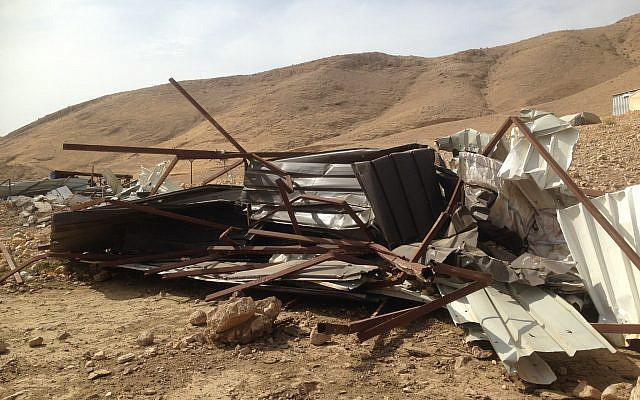 Supporting a two-state solution to the Israeli-Palestinian conflict has become a mainstream position in British Jewry; it is the position of the Board of Deputies, Union of Jewish Students, and many others. Yet as the idea gained traction in our community, it became an ever more distant prospect on the ground. Meanwhile, calling for an end to Israel’s occupation of the Palestinian territories (necessary for a two-state solution) remains controversial within British Jewry.

Trump’s “peace plan,” revealed on Tuesday, is the final nail in the coffin for traditional conceptions of the two-state solution. While the plan uses the language of “two states,” what is proposed is Israeli annexation of huge swathes of the West Bank, with the vague possibility of a fragmented Palestinian state with a capital in one of Jerusalem’s outermost suburbs in many years’ time – subject to Israel’s agreement. As all involved know, there is no prospect of Palestinian acceptance; rather it is a recipe for annexation of areas with no or low Palestinian populations, and indefinite occupation of the remainder.

If our community wants to take a realistic and moral position on the conflict, then it must speak out against Trump’s plan and against perpetual occupation of the West Bank, East Jerusalem and Gaza. 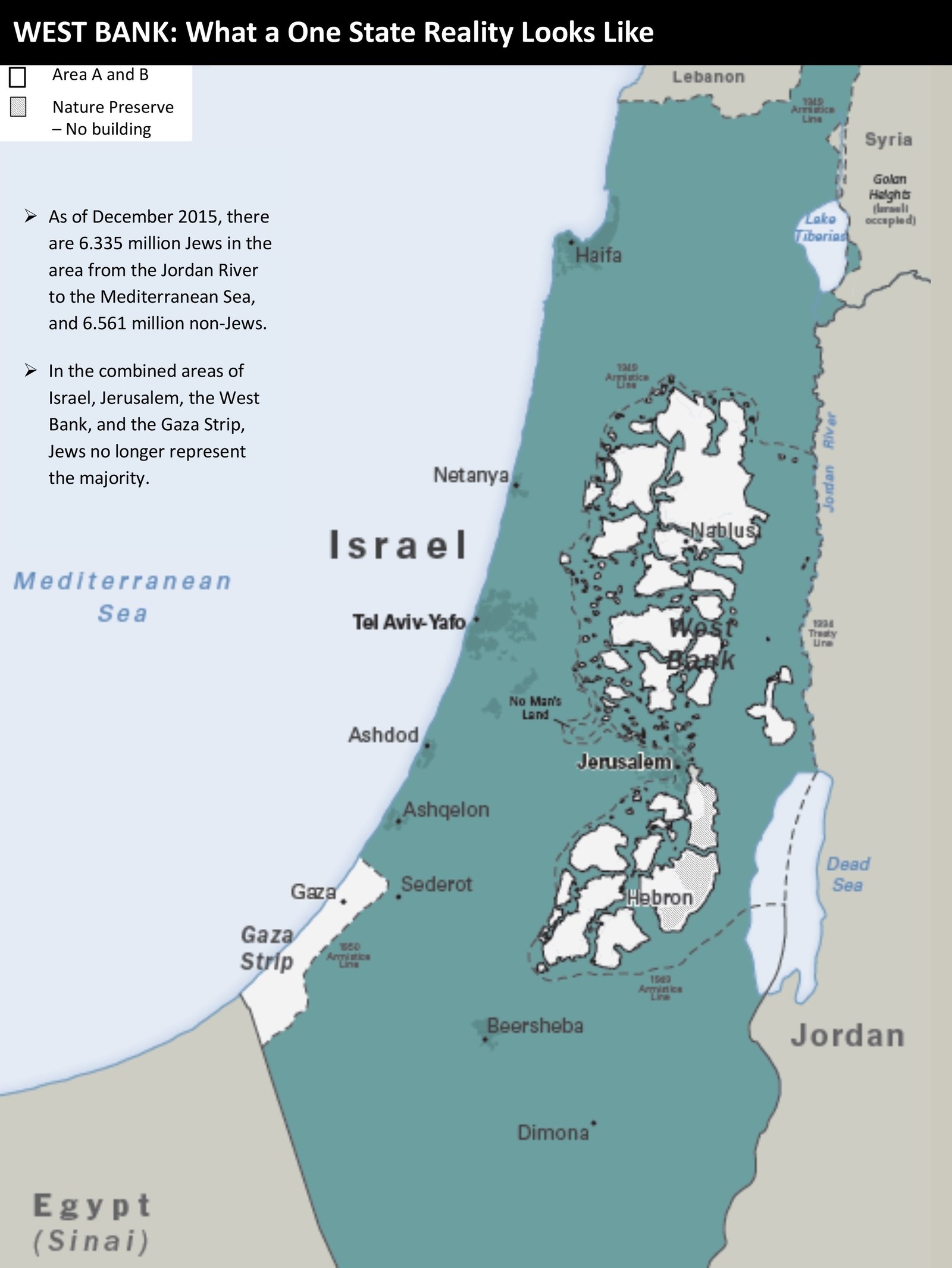 US State Department map from the Obama era showing fragmentation of Palestinian land.

For too many years we have heard expressions of support for the two-state solution from communal leaders, but silence on those elements of the occupation that have brought us to the point where its realisation is no longer realistic. In particular, Israel’s decades of settlement construction and road building have, deliberately, left a series of fragmented Palestinian islands.

Beyond its implications for the two-state solution, the occupation is, and will continue to be, morally wrong, involving fundamental breaches of basic rights.

Israel’s government has for 52 years determined the conditions and future of the Palestinian people, yet they have no right to vote in Israeli elections. Denying millions of people the right to vote for the government which will determine their fate is wrong.

Recently released statistics show that Israel rejects 98% of building permit applications from Palestinians in the West Bank, leaving Palestinians with no realistic option but to build without permission. Demolishing families’ homes for building without permits they cannot obtain is wrong. 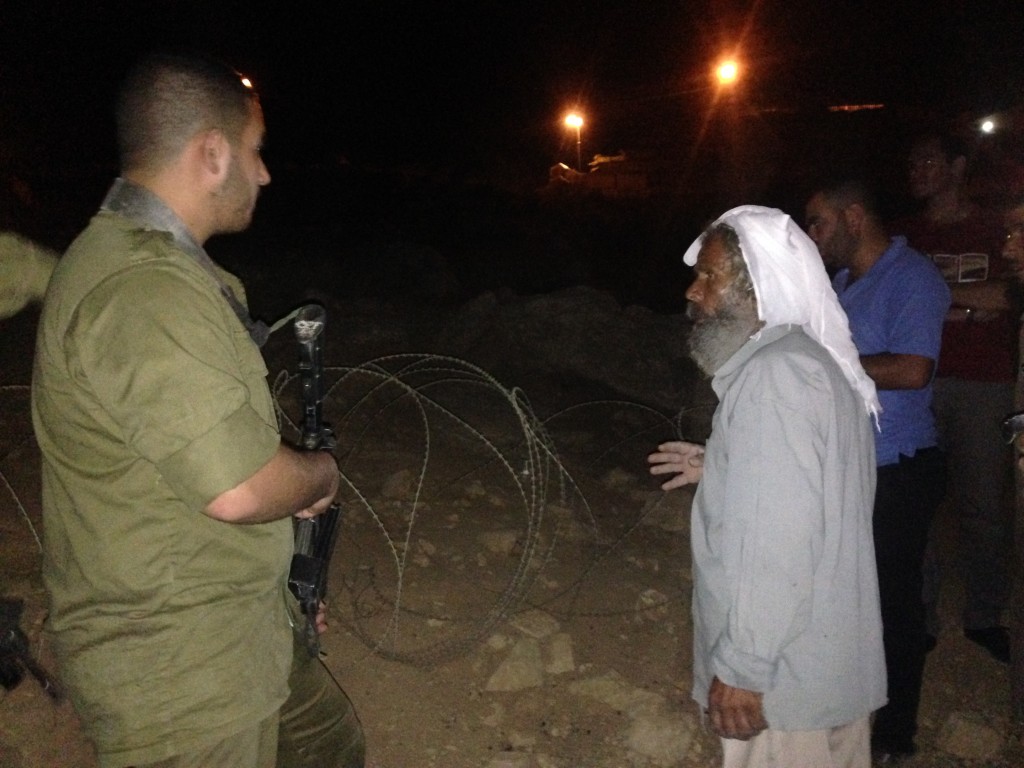 These forms of oppression, and many others inherent in maintaining a military occupation for over 50 years, contravene basic democratic and moral norms. Those who have defined their political perspective as pro-two-state, but not anti-occupation, have not only embraced an inherent contradiction, but have also chosen not to express opposition to these violations of basic rights.

Our community’s focus on the end goal of a two-state solution has facilitated the perception of the occupation as a benign interim position, obscuring both Israel’s increasing entrenchment, and the daily oppression experienced by Palestinians.

The British Jewish community has power in its voice: if as a community we were to oppose Trump’s plan and call for an end to the occupation, it would be a wake-up call to Israeli Jews that mainstream Diaspora Jews can see that something has gone so badly wrong that we are willing to publicly stand up and say so. We would lead the way for other Diaspora communities.

Over the last year, a group of British Jews (of which I am part) have created a new movement, Na’amod (meaning “we will stand”). Our mission is to mobilise our community to speak out against the occupation, and to work for a better future for all Israelis and Palestinians. Whilst we don’t all agree on an end vision, we have come together because we recognise that ending the occupation is an urgent moral imperative. Following the revelation of Trump’s plan, it is more urgent than ever.