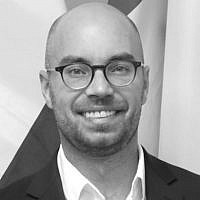 The Blogs
Matt Godwin
Apply for a Blog
Advertisement
Please note that the posts on The Blogs are contributed by third parties. The opinions, facts and any media content in them are presented solely by the authors, and neither The Times of Israel nor its partners assume any responsibility for them. Please contact us in case of abuse. In case of abuse,
Report this post. 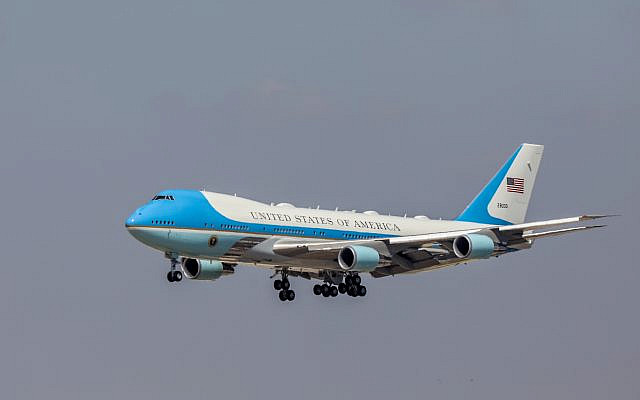 This week, Joe Biden is visiting the Middle East for the first time as US president. Geopolitics will drive the agenda, as the West rightly stands behind the region’s pragmatic leaders in opposition to Iran’s nuclear program and destructive destabilization. However, recent Western disengagement from the region and strained relations with Middle Eastern leaders parallel the latter’s warming relationships with Russia and China. Initial hesitation to condemn Russia’s invasion of Ukraine on the part of many traditional Middle Eastern allies demonstrates the risk the West faces by leaving a vacuum, which will be promptly filled by our adversaries and competitors.

It is not too late for the West to revitalize its historic ties to the Middle East. A new era of cooperation should be reliable and based on more than strategic convenience — it should be based on enduring shared values. To establish trusted partnerships and a shared agenda for peace and prosperity, mutual understanding and respect is required. President Biden is right to work to revitalize relations with our Middle Eastern allies, but does the public in the West back him?

The Tony Blair Institute for Global Change has undertaken extensive polling on Western attitudes toward the Middle East and polling across the Middle East to canvass views on changing attitudes. Our report, released this week, demonstrates a yawning disconnect between perceptions of the Middle East in the West and the reality in the region today. Our polling reveals that only 20 percent of people in the West believe that the Middle East shares the same values they do. However, support for reforms to religious institutions, social pluralism, and economic diversification being undertaken through reform agendas, such as the Saudi Modernization Programme, are supported by 72% of the region. Equally convincing, 75% of the region’s people think politicized religious movements have had a negative impact. The values that bind the West together are far from alien to people in the Middle East and shared values should serve as the basis for greater understanding between peoples.

Contrary to views in the West, where 73% think the region will always be at war with itself, the Middle East is becoming a pluralistic place. More than 89% of Egyptians, 86% of Lebanese, 82% of Saudis, and 79% of Iraqis think it is important that governments protect the rights of all religions equally. The role of women is changing enormously in both work and politics, with 70% of people in the Middle East supporting the right of women to work in business and government, whereas in the West, only 12% believe there has been improvement in women’s rights in the region. Only 19% of people in the West think the Middle East is forward-looking, whereas 69% of the region think their youth should prepare for jobs in tech and science, and only 8% prefer the civil service — truly a sign of the times in a region long having sought the false security of public sector careers.

The jarring disconnect between the West’s view of the region and what is currently underway is troubling. Misconceptions and outdated stereotypes held by most people in the West about the Middle East are detrimental to the economic growth of both regions, where the Middle East is an emergent innovation hub and when the West needs access to growth markets. Global crises, from food security to the climate crisis require more cooperation between states, not less. The view among Westerners that the Middle East is unfriendly and hostile — held by 46% of respondents across UK, France, Germany, and the US, is no longer as reciprocated, as was once thought, with the US and UK being viewed favorably by 72% and 67% of those living in the Middle East today. This outdated illusion deepens global divides at a time when unity is critical.

The West must recognize that peace in the Middle East is possible and that we have a role to play. The Abraham Accords have demonstrated this and it is time for the West to partner for peaceful cooperation. Much criticism has been made against Biden at home for his upcoming visit to Saudi Arabia. While it is right that Western nations continue to uphold those most fundamental of human rights in all exchanges with global partners, excluding modernizing leadership disqualifies the extraordinary progress underway and perversely disincentivizes further reforms — to the detriment of populations demanding change. Leaders know that international accountability is best served through trusted relationships built on consistency and good will, not via transactional convenience.

President Biden is therefore right to visit Saudi Arabia this week, and his visit should be used as an opportunity to turn strategic alliances into long-term investment and cooperation. The West should be a part of the “warm peace” flourishing between Middle East states and peoples. Rather than leaving the field to Russia, China, and Iran, the liberalizing values of the people of the Middle East should make the region a natural partner for the West, as we share the same core values — in contrast to countries like Russia and China.

The time has come to change our outdated perceptions of the Middle East and recognize that the people of the region are moving forward, with or without us.

About the Author
Matt Godwin is a program lead at the Tony Blair Institute.
Related Topics
Related Posts